Looking Back 2022 Ebullient Year of the Vietnamese Diplomacy

Vietnam reopened its doors at the start of the year following a two-year hiatus caused by COVID-19, creating conditions for diplomatic activities to reach full steam once again, marked by top Vietnamese leaders’ overseas trips. And, In 2022, the Party Secretary General, the President, the Prime Minister, and the Chairman of the National Assembly were involved in many foreign affairs activities.

The 13th Party Congress has affirmed the consistent foreign policy of independence, self-reliance, peace, friendship, cooperation and development, and multilateralization and diversification of foreign relations.

Vietnam is a friend, a reliable partner and an active and responsible member in the international community; the principle of Vietnam’s foreign policy is to ensure the highest interests of the nation on the basis of the United Nations Charter and international law, equality, cooperation and mutual benefit.

2022 was the second year that Vietnam implemented the Resolution of the 13th Party Congress. Sticking to the resolution and key tasks of the country, foreign affairs have been proactively and comprehensively implemented on all three pillars: Party diplomacy, State diplomacy and people-to-people diplomacy, reported the Vietnamnet.

General Secretary Nguyen Phu Trong said: "Today's foreign affairs are not only a continuation of domestic policy, but also a strong driving force for the development of the nation."

High-level bilateral and multilateral foreign affairs activities through both online and direct channels have promoted relations between Vietnam and other countries, contributing to deepening and substantive cooperation.

In 2022, the Party Secretary General, the President, the Prime Minister, and the Chairman of the National Assembly were involved in many foreign affairs activities. Direct high-level diplomatic activities resumed with many bilateral and multilateral visits after a hiatus due to the Covid-19 pandemic.

General Secretary Trong was the first foreign leader that the Chinese Communist Party and President Xi had personally received following the fresh conclusion of the 20th congress of the Chinese Communist Party. Both sides released a 13-point joint statement as part of the visit to chart a development course for future bilateral strategic cooperation across all fields, according to the VOV.

The two sides reached agreements on many substantive collaboration contents such as strengthening the connection between the ‘Two Corridors, One Belt’ framework and the ‘Belt and Road’ initiative. Other areas include accelerating the opening of the market for a number of Vietnamese agricultural, forestry and fishery products, and establishing Vietnamese commercial offices in China.

Both sides stressed the need to maintain peace and stability in the East Sea, competently control disagreements at sea, and not take actions to further complicate the situation. They agreed to promote the implementation of the ‘Declaration on the Conduct of Parties in the East Sea’ (DOC), and swiftly reach an effective and substantive ‘Code of Conduct in the East Sea’ (COC), in line with international law, including the 1982 UN Convention on the Law of the Sea (UNCLOS 1982).

Vietnam and the RoK upgrade ties to strategic comprehensive partnership

In December, State President Nguyen Xuan Phuc paid a State-level visit to the Republic of Korea (RoK) at the invitation of RoK President Yoon Suk-yeol. The two sides released a joint statement agreeing to boost joint ties to the level of a strategic comprehensive partnership. They reached important common agreements on major directions and specific measures which aim to foster stronger bilateral relations in accordance with the spirit of the new relationship framework.

During the visit, agencies and businesses of the two sides signed a total of 24 cooperation documents with a total estimated value of about US$15 billion.

During the visit, both sides signed and exchanged three cooperation agreements in the fields of counter-terrorism, collaboration in drug trafficking, and linkages in energy and mineral resources. They highly appreciated the completion of negotiations relating to the delimitation of the exclusive economic zone between the two countries in accordance with international law and UNCLOS 1982.

The two sides underlined the necessity of promoting trade growth in a balanced and sustainable manner, striving to reach US$15 billion or higher in bilateral trade by 2028. President Phuc used the event to ask that Indonesia remove trade barriers and trade remedies against Vietnamese goods, open more doors to the country’s exports to access the Indonesian market, and develop the Halal industry in line with Islamic culture.

The two sides also agreed to continue working closely in other important fields, especially defense and security, maritime cooperation, connectivity strengthening, people-to-people exchanges, as well as local and business ties. President Phuc affirmed that the country would actively support Indonesia to successfully take on the role of ASEAN Chair in 2023, contributing to strengthening the bloc’s solidarity, and promoting its central role in addressing common threats.

Vietnam and the US have substantive and frank discussions about relations

In May, Prime Minister Pham Minh Chinh paid a visit to the United States and the United Nations while attending a special summit between the US and ASEAN.

The Prime Minister had meetings with US President Joe Biden, Vice President Kamala Haris, President pro tempo of the US Senate Patrick Leahy, Speaker of the House of Representatives Nancy Pelosi, several secretaries, academics, and business CEOs. All US politicians and business CEOs expressed the great importance of US relations with Vietnam, affirming that they respect political institutions, highlighting their support for a strong, independent, and prosperous Vietnam, as well as hoping for bilateral relations to continue to develop more deeply and effectively.

The two sides had substantive and frank discussions on the Vietnam-US Comprehensive Partnership and development orientations moving forward. They agreed to fully exploit potential and cooperation opportunities in all fields, especially in terms of economics - trade - investment, as well as continuing to coordinate effectively to solve problems. These efforts will therefore ensure a harmonious and sustainable trade balance, as well as prioritising new areas that Vietnam have needs in and the United States has strengths and resources in, such as new technology, digital economy, and clean energy.

In mid-December, PM Chinh went on a European tour of Luxembourg, Belgium, and the Netherlands and attend a summit marking 45 years of the dialogue partnership between ASEAN and the EU.

Leaders of the three countries all hailed Vietnam as one of the most dynamic and potential developing economies in the context of the global economic fallout. They supported the full and effective implementation of the EU-Vietnam Free Trade Agreement (EVFTA) and expressed their hope that the Investment Protection Agreement between Vietnam and the EU (EVPIA) would quickly be ratified to help further promote European investment in the Vietnamese market, especially in new, high-tech, and strategic fields.

During the tour, Vietnam sought to get preferential investment and financial sources from Luxembourg for the purpose of green development and strengthen ties in digital transformation, innovation, and science-technology with both Belgium and the Netherlands.

This year has also seen parliamentary diplomacy marked by a number of business trips by National Assembly (NA) Chairman Vuong Dinh Hue to Hungary, the UK, Australia, New Zealand, Cambodia, and the Philippines.

These visits represent a practical step towards implementing the important foreign policy of the 13th National Party Congress which seeks to strengthen relations with neighbouring countries and deepen relations with strategic partners. In these countries, NA Chairman Hue shared the Vietnamese view on the world and regional situation, its foreign policy, and priorities in the coming time.

For the first time in history of parliamentary diplomacy, the chairman of the Vietnamese NA signed a cooperation agreement with the Speaker of the House of Representatives and the President of the Senate of Australia, contributing to promoting the Vietnam – Australia strategic partnership to new heights.

Along with signing cooperation agreements between the Vietnamese NA and the legislative bodies of other countries, NA Chairman Hue also attended many economic forums as part of efforts to promote trade and investment relations with other countries.

PM Chinh and NA Chairman Hue visited Cambodia in November to attend summits in the country.

During the PM’s visit, both countries released a joint statement committing to ramp up defence ties, not to let any third power use either territory against the other, and to maintain peace and stability for future development.

The two sides signed 11 cooperation documents in various fields such as trade, finance - banking, transportation, agriculture, labour, information and communication, as well as ethnicity and religion. Enterprises of the two countries also signed a number of contracts and business agreements.

The Paris Peace Accords, signed on January 27, 1973, was a resounding victory won by Vietnam's revolutionary diplomacy in the Ho Chi Minh era, which significantly contributed to the triumph of the whole nation, with valuable diplomatic lessons drawn.
January 13, 2023 | 15:59 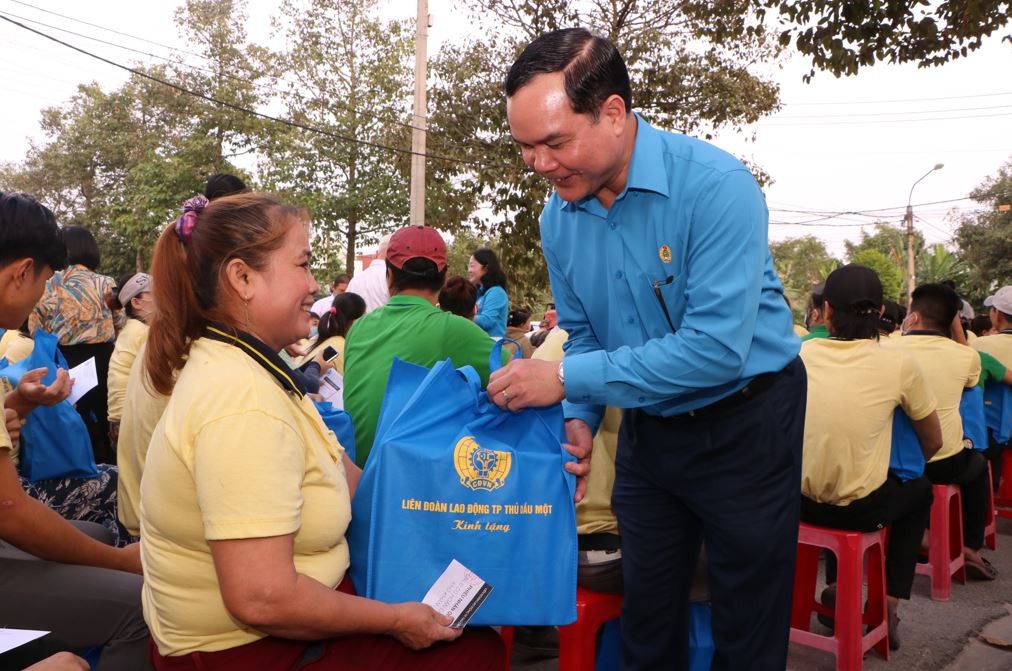 The Vietnam General Confederation of Labor: Solid Fulcrum of Workers