The 4000-year-of-old Vietnam has a long-standing history, rich culture crystalizing from the ardent patriotism of generations of Vietnamese people. When it comes to Vietnam, besides Ao Dai, lotus, Pho, etc. the country's national flag, emblem, national anthem and the Declaration of Independence are also must-mentioned symbols.
VNGP/ World Atlat
March 23, 2020 | 08:38

The National Flag of the Socialist Republic of Vietnam is rectangular in shape, its width is equal to two-thirds of its length, in the middle of fresh red background is a bright five-pointed golden star.

The red field is designed to symbolize the bloodshed during the struggle for liberation, while the yellow represents the skin color of the majority of Vietnamese people. The give-pointed golden star in the middle symbolizes the five main classes of society of the nation, including intellectuals, peasants, workers, businessmen and military personnel. It’s this two colors that lend Vietnamese class its name “Co do Sao vang”, (briefly translated as “red flag with a gold star”)

The national anthem of the Socialist Republic of Vietnam is the music and words of the song Tiến quân ca (The Song of the Marching Troops) composed by musician Văn Cao in 1944.

On September 2, 1945, at Ba Đình square, President Hồ Chí Minh sonorously read the Declaration of Independence of the Democratic Republic of Vietnam.

"All men are created equal. They are endowed by their Creator with certain inalienable rights, among these are Life, Liberty, and the pursuit of Happiness"

This immortal statement was made in the Declaration of Independence of the United States of America in 1776. In a broader sense, this means: All the nations on the earth are equal from birth, all the nations have the right to live, to be happy and free.

The Declaration of the French Revolution made in 1791 on the Rights of Man and the Citizen also states: "All men are born free and with equal rights, and must always remain free and having equal rights." Those are undeniable truths.

Nevertheless, for more than eighty years, the French colonialists misused the flag of Liberty, Equality, and Fraternity to invade our Fatherland and oppressed our countrymen. Their action contradicted to the humanity and justice.

Politically, they absolutely have deprived our people of every democratic freedom.

They have enforced inhuman laws. They have set up three different regimes in the Central, the Southern and the Northern Part of Vietnam in order to prevent our nation from being unified and our people from being united.

They have built more prisons than schools. They have mercilessly slain our patriots. They drowned our resistances in rivers of blood. They have fettered public opinion and practiced obscurantism against our people.

They used opium and alcohol to weaken our race.

Economically, they have exploited our people to the bone, so that to impoverish our people and to devastate our country.

They have robbed us of our rice fields, our mines and our raw materials.

They have levied numerous unjustifiable taxes, which made our people, especially our peasantry and trademen to absolute poverty.

They have hampered the prosperity of our national bourgeoisie. They have mercilessly exploited our industrial workers.

In the autumn of 1940, when the Japanese Fascists arrived to occupy Indochina for expanding new military bases to fight against the Allies, the French colonialists bended their knees and opened our country to welcome Japanese. Thus, from that date, our people were suffered from the double yoke of the French and the Japanese. Thus from that on our people became more and more suffered and poorer. As a result, from the end of last year to the beginning of this year, from Quang Tri province to the North of Vietnam, more than two million of our fellow-citizens died from starvation.

On March 9, the Japanese disarmed the French Army. The French colonialists either fled or surrendered. As a matter of fact, they were not only incapable of "protecting" us, but in the contrary they had sold our country twice to the Japanese.

On several occasions before March 9, the Vietminh League (League of Vietnam Alliance for Independence) urged the French to ally themselves with Vietnam to fight against the Japanese. Instead of responding to this proposal, the French colonialists had intensified their terrorist activities against the Vietminh members that before fleeing they massacred a great number of our political prisoners detained at Yen Bai and Cao Bang.

Notwithstanding all this, our fellow-citizens have always manifested toward the French a tolerant and humane attitude. Even after the Japanese putsch of March 1945, the Vietminh League helped many Frenchmen to cross the frontier, rescued some of them from Japanese jails, and protected French lives and property.

From the autumn of 1940, our country had, in fact, ceased to be a French colony and had become a Japanese possession.

After the Japanese had surrendered to the Allies, our whole people rose to regain our national sovereignty and to found the Democratic Republic of Vietnam.

The truth is that we have wrested our independence from the Japanese and not from the French.

The French have fled, the Japanese have capitulated, Emperor Bao Dai has abdicated. Our people have broken the chains which for nearly a century have fettered them and have won independence for the Fatherland. Our people at the same time have overthrown the monarchic regime that has reigned supreme for dozens of centuries. In its place has been established the present Democratic Republic.

For these reasons, we, members of the Provisional Government, representing the whole Vietnamese people, declare that from now on we break off all relations of a colonial character with France; we repeal all the international obligation that France has so far subscribed to on behalf of Vietnam and we abolish all the special rights the French have unlawfully acquired in our Fatherland.

The whole Vietnamese people, animated by a common purpose, are determined to fight to the bitter end against any attempt by the French colonialists to reconquer their country.

We are convinced that the Allied nations which at Tehran and San Francisco have acknowledged the principles of self-determination and equality of nations, will not refuse to acknowledge the independence of Vietnam.

A people who have courageously opposed French domination for more than eighty years, a people who have fought side by side with the Allies against the Fascists during these last years, such a people must be free and independent.

For these reasons, we, members of the Provisional Government of the Democratic Republic of Vietnam, solemnly declare to the world that Vietnam has the right to be a free and independent country and in fact it is so already. The entire Vietnamese people are determined to mobilize all their physical and mental strength, to sacrifice their lives and property in order to safeguard their independence and liberty". 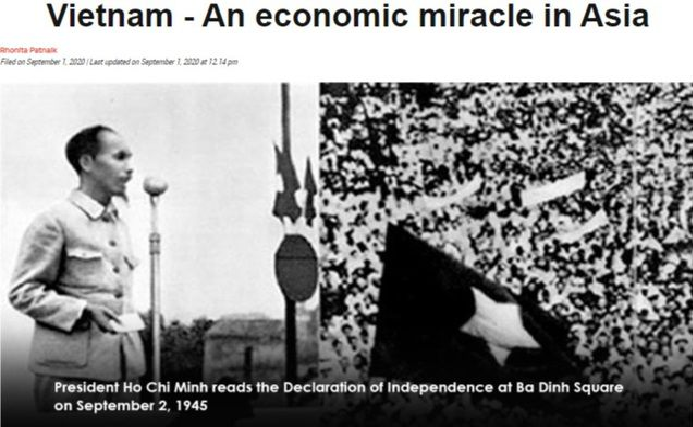 Khaleej Times of the United Arab Emirates (UAE) earlier this week ran an article saying Vietnam has been thriving to become a key player in Southeast Asia after 75 years of independence.
September 03, 2020 | 07:33 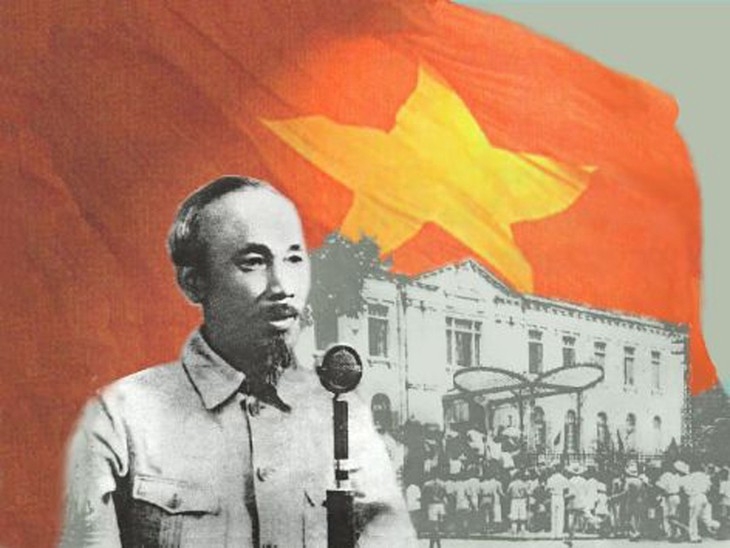 Vietnam National Independence Day, the annual signigicant event dating back to September 2nd, 1945, holds a special place in the heart of every Vietnamese. The Declaration of Independence is an important symbol of the event.
August 31, 2020 | 08:30 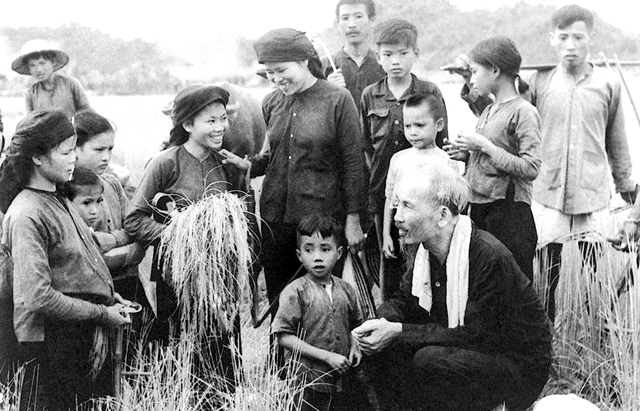 President Ho Chi Minh in the eyes of foreign friends

Park Chan Kyong, a journalist in the Republic of Korea who worked for French news agency AFP for 35 years, has expressed his admiration for late President Ho Chi Minh’s endless love for the Vietnamese people.
May 19, 2020 | 11:13