On the annivesary of Dr. Benjamin Spock's birth: Child care, Controversy and activist against Vietnam War

In May we celebrate Dr. Benjamin Spock's birthday anniversary, the pediatrician whose practical book “Baby and Child Care” became the bible of American parents for two generations and whose opposition to the Vietnam War made him one of the most controversial figures of the 1960s and 1970s.
Jasmine Le
lehang1997hanu@gmail.com May 07, 2020 | 15:49

Benjamin Spock, in full Benjamin McLane Spock, byname Dr. Spock, was born in 1903 in New Haven, Connecticut, where his father was a successful attorney. He attended elite institutions including Phillips Andover Academy and Yale University. While at Yale, the 6'4" Spock rowed on the crew team, which represented the United States in the 1924 Olympic Games in Paris and won a gold medal.

He attended Yale School of Medicine before transferring to Columbia, where he graduated first in his class in 1929. While attending medical school, he married his first wife, Jane, who would later collaborate on his book. In addition to his pediatric training, Spock, who believed that the emotional aspects of child life were underemphasized, also trained in psychoanalysis.

During World War II, Spock joined the medical corps of the U.S. Navy Reserves and wrote “The Commonsense Book of Baby and Child Care.” He then took faculty positions at the University of Minnesota, the University of Pittsburgh and Case Western Reserve University, lecturing and appearing in popular media all over the world. In 1976, Spock married his second wife, Mary. In 1998, he died at the age of 94, The conversation reported.

Spock taught child development at Western Reserve University (now Case Western Reserve University) in Cleveland, Ohio, from 1955 to 1967, when he resigned in order to devote himself more fully to the antiwar movement. Spock’s bitter opposition to U.S. involvement in the Vietnam War during the 1960s led to his trial and conviction (1968) for counseling draft evasion—a conviction overturned on appeal. In 1972 he was the presidential candidate of the pacifist People’s Party.

Spock wrote Baby and Child Care partly to counteract the rigid pediatric doctrines of his day, which emphasized strict feeding schedules for infants and discouraged open displays of affection between parent and child. Spock, by contrast, encouraged understanding and flexibility on the part of parents, and he stressed the importance of listening to children and appreciating their individual differences.

Baby and Child Care was published in 1946, its simple core message was revolutionary: “Don’t be afraid to trust your own common sense.” Between that and his insistence that parents should show love and affection to their children rather than constant strict discipline, Dr. Spock challenged the conventional wisdom of early 20th-century childrearing like no one else, Legacy reported.

Today, the basic tenets of Dr. Spock’s child care philosophy might seem obvious to most parents. Hug your child. Tell her she’s special and loved and unique. Feed him when he’s hungry. Discipline with words, not corporal punishment.

But in 1946, this was new. Parents had long been encouraged not to shower their children with affection as this would make them weak and unprepared for the world. Feeding and naps were to be done on a strict schedule, regardless of the baby’s immediate needs. And a child who just got a mild spanking for an offense got off easy – physical punishment was the norm. Spock changed all that with his encouragement for parents to follow their instincts, be attentive to the baby’s needs, and be generous with affection.

While much of Dr. Benjamin Spock's advice is still followed today, some has been replaced and even discredited. A notable example is his 1958 call to put babies to sleep on their stomachs. His reasoning was that if a baby were to vomit, he would be more likely to choke on the vomit if placed on his back. It’s a legitimate concern, but an even bigger danger than choking is SIDS (Sudden Infant Death Syndrome).

Later research showed that stomach-sleeping is one of the major causes of SIDS, and these deaths are greatly reduced when infants sleep on their backs. The stomach-sleeping philosophy was a part of Dr. Spock’s advice for some years after studies began to render it suspect. While later editions of Baby and Child Care no longer advocate stomach-sleeping, the bad advice took its toll on Spock’s reputation as an infallible expert.

In other areas, Dr. Benjamin Spock was more responsive to changing trends and quicker to adjust his advice. In his earliest editions, he supported circumcision of male babies, which was common and rarely questioned. By the 1980s, he had reversed his position and no longer advocated circumcision, stating, “Circumcision of males is traumatic, painful, and of questionable value.” Today, while circumcision is still commonly practiced, more and more parents are beginning to question it and opt out.

However, according to Legacy, it wasn’t these reversals in a position that caused the greatest controversy for Dr. Spock. It was his advice on treating children with love and affection that made a generation of conservative parents question what he taught.

Dr. Benjamin Spock, an activist against the Vietnam war

In 1960, Benjamin Spock announced his support for John F. Kennedy's presidential bid. Two years later, amid mounting concern over President Kennedy's decision to resume nuclear testing, he appeared in a full-page advertisement in the New York Times by the National Committee for a Sane Nuclear Policy (SANE) denouncing nuclear weapons. He joined the organization's national board and became co-chairman in 1963, according to NCBI.

When the Vietnam War broke out, Dr. Spock was vocally against it. His opposition put him in the camp of legions of young people who protested the war – young people who were often perceived as living dangerously free-and-easy lives. Conservative minister and author Norman Vincent Peale decided that Dr. Spock’s advice – hug your children, feed them when they are hungry, put them to sleep when their tired – was the root of that problem. He alleged that “the U.S. was paying the price of two generations that followed the Dr. Spock baby plan of instant gratification of needs.”

In 1964 endorsed Lyndon B. Johnson's candidacy on the basis of assurances that if he became president, he would not escalate the conflict. When President Johnson reneged after taking office, Spock intensified his antiwar activities.

Spock's increasingly radical stance alienated colleagues in SANE and led him to resign from the organization in 1967 to pursue a more activist agenda. He retired from academia the same year, although he continued to publish, issuing revised editions of his most famous book for many years. Spock became co-chairman of the National Conference for a New Politics, a coalition of left-wing groups, and was one of the first public figures to march in an antiwar demonstration with Dr. Martin Luther King, Jr.

Spock's high public profile and support for the draft-resistance movement drew scrutiny from the administration, and in 1968 he was indicted for conspiracy to aid and abet violation of the Selective Service Act. He was convicted and sentenced to two years in prison and a $5000 fine, although the US Court of Appeals overturned the verdict in 1969. As part of his ongoing efforts to end the Vietnam War, Spock ran for president as a member of the People's Party in 1972 on a platform of disarmament, free university education and health care, and the legalization of abortion and marijuana. He made it on to the ballot in 10 states and won nearly 80 000 votes overall. In 1970, he published Decent and Indecent: Our Personal and Political Behavior, excerpted here.

In 1975, Spock and his wife divorced, and in 1976 he married Mary Morgan, a feminist activist 40 years his junior. The couple traveled and worked together for the next 20 years. Spock continued to campaign for peace, speaking out against US involvement in Nicaragua in the 1980s and nuclear proliferation. In his honor, SANE named their headquarters the Ben Spock Center for Peace, NCBI reported.

As listed by Britannica, Spock’s many other books on child care include Dr. Spock Talks with Mothers (1961), Raising Children in a Difficult Time (1974), and Dr. Spock on Parenting (1988). He also wrote Decent and Indecent: Our Personal and Political Behavior (1970). In 1989 Spock on Spock: A Memoir of Growing Up with the Century, edited by Spock’s second wife, Mary Morgan, was published. By the time Spock died in 1998, his Baby and Child Care had sold nearly 50 million copies worldwide and been translated into 39 languages. 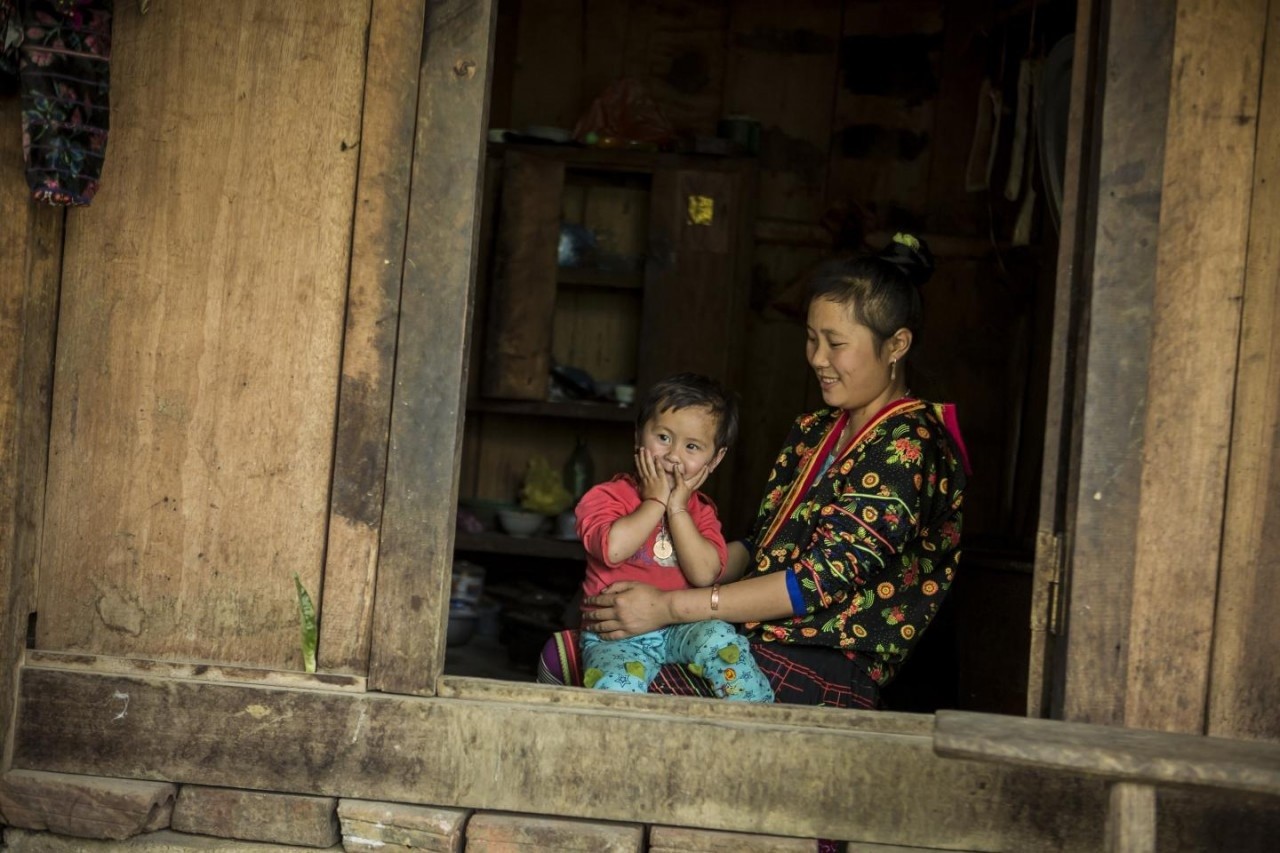 Vietnam Cooperates with UNICEF to Strengthen Child Care and Nurturing

““Parenting is a key pillar to advancing the early development of children and has been spotlighted as more critical than ever in the context of the COVID-19 pandemic,”, said Deputy Minister of Labor- Invalids and Social Affairs Nguyen Thi Ha.
December 13, 2021 | 16:17 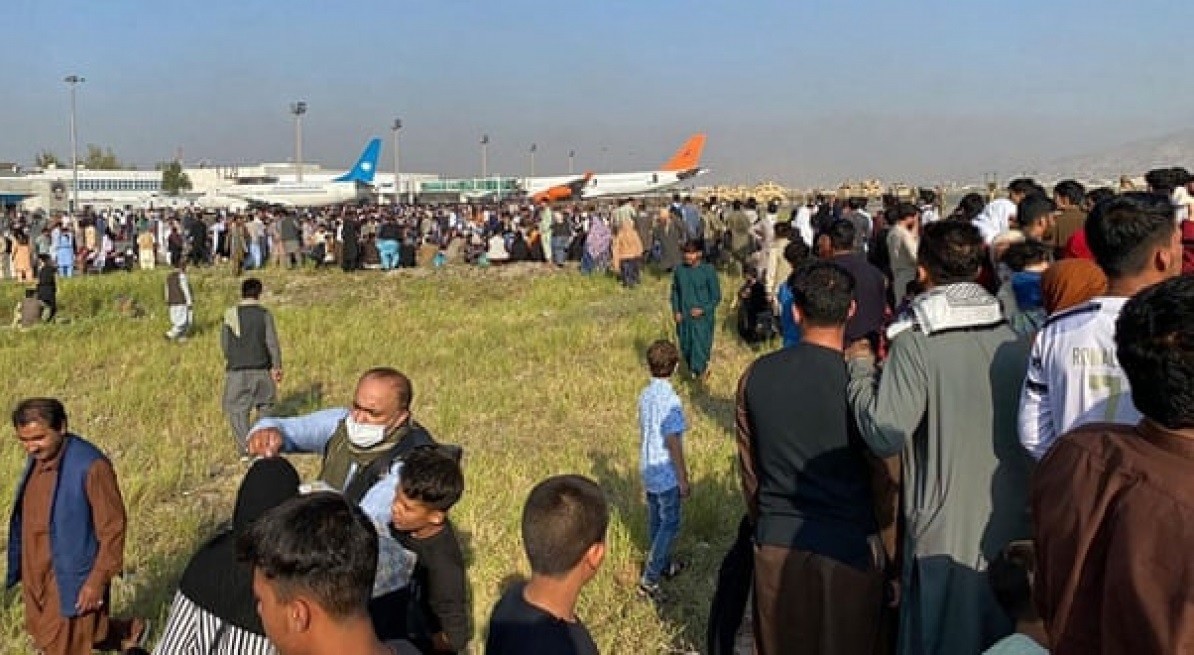