The visit demonstrates the wishes and determination of the Vietnamese Party and State to constantly strengthen the relationship of fraternal solidarity, comprehensive co-operation, and mutual trust between the Party, State, and people of the two countries.
Valerie Mai
mnghonganh@gmail.com September 18, 2021 | 18:10

President Nguyen Xuan Phuc and a high-ranking Vietnamese delegation left Hanoi on the night of September 17 (Vietnam time) for an official visit to Cuba from September 18-20 at the invitation of the First Secretary of the Communist Party of Cuba (CPC) Central Committee and President of Cuba Miguel Díaz Canel.

This is a historic visit as President Nguyen Xuan Phuc is the first foreign head of state to visit Cuba after the Caribbean nation successfully organized the 8th Party Congress and Vietnam also successfully held the 13th National Party Congress, according to VOV.

The trip is meant to strengthen Vietnam – Cuba's special traditional friendship and cooperation, and deepen cooperation between Vietnam and countries and international organizations, demonstrating that Vietnam is a friend, a trustworthy partner of the international community.

It also conveys a message at the highest level to international friends about a dynamic, innovative, thriving, and peace-loving nation, upholds multilateralism and reflects its role and position as a responsible member, and makes practical contributions to activities of the UN and international community, VNA cited.

In a recent interview regarding the visit, the Vietnamese Ambassador to Cuba Le Thanh Tung highlighted the special significance of the visit. Along with President Phuc, he will be joined by a high-ranking delegation of the Party and the State of Vietnam.

The visit demonstrates the wishes and determination of the Vietnamese Party and State to constantly strengthen the relationship of fraternal solidarity, comprehensive co-operation, and mutual trust between the Party, State, and people of the two countries.

During this upcoming visit, both nations' Party and State leaders will review bilateral ties, with a specific focus on discussing and agreeing on directions and measures aimed at strengthening and deepening the all-around comprehensive co-operation and fraternal solidarity. There will be a particular focus on the economy, trade, investment, and ramping up co-operation in fields where the two sides boast strengths and can complement each other.

Moving forward, the two countries will continue to deepen their political ties and step by step raise their economic, trade, and investment co-operation on a par with their stable political relations, the Ambassador said.

With regard to the active and timely mutual assistance and co-operation activities between the two countries amid the Covid-19 pandemic, Party and State leaders of both sides held a series of meetings and offered mutual spiritual and material support, according to the local diplomat.

With regard to the prospect of the relationship between the two countries in the near future, Ambassador Tung stated that despite the ongoing pandemic, Party, State, and governmental leaders, political and social organizations, ministries, and localities of both sides have made greater efforts to overcome difficulties. This has been done in order to promote and deepen fraternal solidarity, comprehensive cooperation, and mutual trust.

The Ambassador went on to express his confidence that the special relationship between both sides will continue to be consolidated and strengthened, thereby meeting the aspirations of the two peoples as well as bringing mutual benefits to both nations.

Later from September 21-24, the President and his delegation are scheduled to attend the general debate of the United Nations General Assembly's 76th session and hold several bilateral activities in the US. The activities are designed to carry out the external policy of the 13th National Party Congress and promote multilateral diplomacy till 2030.

It also conveys a message at the highest level to international friends about a dynamic, innovative, thriving and peace-loving nation, upholds multilateralism, and indicates its role and position as a responsible member, and makes practical contributions to activities of the UN and international community. 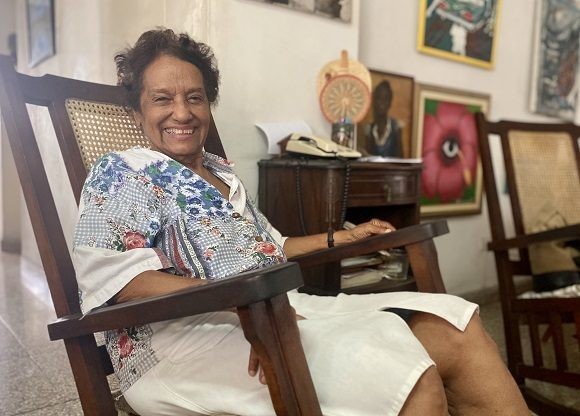