Antarctica, one of the coldest place, is where adventurous people go visit and marvel at its majestic beauty. No place on Earth compares to this vast white wilderness of elemental forces: snow, ice, water, rock. Antarctica is simply stunning.
Charlotte Pho
July 09, 2021 | 15:30

Antarctica, fifth in size among the world’s continents. Its landmass is almost wholly covered by a vast ice sheet.

Often described as a continent of superlatives, Antarctica is the world’s southernmost continent. It is also the world’s highest, driest, windiest, coldest, and iciest continent. Antarctica is about 5.5 million square miles (14.2 million square km) in size, and thick ice covers about 98 percent of the land. The continent is divided into East Antarctica (which is largely composed of a high ice-covered plateau) and West Antarctica (which is largely an ice sheet covering an archipelago of mountainous islands).

The White Continent registers just one experience on the list — simply stepping foot onto it.

The continent is a cold dry desert where access to water determines the abundance of life. While the terrestrial ecosystem contains more than a thousand known species of organisms, most of these are microorganisms. Maritime Antarctica—the islands and coasts—supports more life than inland Antarctica, and the surrounding ocean is as rich in life as the land is barren.

From the late 18th to the mid-20th century, whalers and sealers plied the rich seas that surround the continent. Science then replaced whaling and sealing as the primary year-round human activity in Antarctica. In addition, krill harvesting and other types of commercial fishing in the Southern Ocean expanded from the 1960s onwards. The new millennium saw tourism and (to a lesser extent) biological prospecting (the search for useful chemical compounds and genes in local species) become established sectors of the Antarctic economic landscape.

Preserved by the Antarctic Treaty, Antarctica is home to some of the world’s most extraordinary species. Some, such as the enormous whales, migrate from afar, while others, including the Weddell seal and emperor penguin, remain close to the continent. Millions of seabirds skim the Southern Ocean, the world’s most abundant, and species such as albatrosses and petrels circle the waters. Wildlife is generally unafraid of humans: visitors usually elicit no more than an uninterested yawn from seals and penguins focused on their young.

There are many species of whale found in Antarctic waters including Minke, Humpback, Blue, Sperm and Orca (killer whale). All Antarctic whales feed in the Southern Ocean in Antarctica’s summer months and then migrate long distances north to breed and give birth to their young during the winter.

Antarctica possesses an unnameable quality. Call it inspiration, call it grandeur…it is simply the indescribable feeling of being a small speck in a vast, harshly beautiful land. A land where striated ice towers float among geometric pancake ice, literally untouched mountains rear from marine mist, and wildlife lives, year in and year out, to its own rhythms, quite apart from human concerns. To let our minds soar in a place nearly free of humankind’s imprint: this is magic.

What to see in Antarctica

When you first lay eyes on these ever-anthropomorphized birds, you’ll know you’ve arrived in the Antarctic. From the tiny tuxedo-clad Adélie and the bushy-browed macaroni, to the world’s largest penguin, the fabulously debonair emperor, the Antarctic offers a chance to see these unique creatures on their own turf: sea, ice and shore. Spot them shooting out of the water, tobogganing along the ice, or in cacophonous rookeries that are a sight to behold: squawking, gamboling birds, hatching, molting, and caring for their young.

First reached just over 100 years ago by the valiant explorer Roald Amundsen during the Heroic Age of Antarctic exploration, the South Pole still embodies myth, hardship and glory. Today it is topped by a high-tech station surrounded by cutting-edge astrophysical observation equipment (including a neutrino detector array buried approximately 1.9 km below the ice). To the visitor, a photo op with the flapping flags and globe-topped pole, is, indeed, a once-in-a-lifetime opportunity.

The sheer-sided Lemaire Channel is a perennial favorite for photography buffs and naturalists alike. Under pale-pink skies, glaciers tumble slow-motion to the sea from the mountains overhead. Your Zodiac glides past a floe topped by basking Weddell seals, another crowded by a noisy group of gentoo penguins. Nearby, an enormous female leopard seal sleeps off a recent meal on the edge of this channel first sailed by de Gerlache in 1898. Two rounded peaks at Cape Renard overlook it all.

Deceptive in more ways than one, with its secret harbor, slopes of ash-covered snow, and hidden chinstrap penguin rookery at Baily Head, Deception Island offers the rare opportunity to sail inside a volcano. Now classified as having ‘a significant volcanic risk,’ Deception remains a favorite for the industrial archaeology of its abandoned whaling station, half-destroyed by an eruption-induced mudflow and flood. Some will stop for a quick dip in the island’s heated geothermal currents.

Each year, tens of thousands of visitors flock to Britain’s beautifully restored Bransfield House, the main building of Base A, built at Port Lockroy during WWII. Not only does it offer the chance to spend up big at the well-stocked souvenir shop and to mail postcards at the busy post office, the museum’s old wooden skis, clandestine 1944 radio transmitter and wind-up HMV gramophone are evocative artifacts of the explorers who once lived for years at this wilderness outpost.

One of the major pay-offs of the long passage across the Southern Ocean is the chance to spot migrating whales circulating through krill-rich waters. Once nearer to land calling it whale-watching , if you’re in a Zodiac, doesn’t do it justice: you could be close enough to get a ‘whale bath.' The whale exhales with a startlingly loud ‘fffffffffffffff!’ right next to your boat, leaving you bathed in fish-scented mist. Near the ice edge, look for orcas hunting in pods.

When is the best time to travel to Antarctica?

During autumn and winter much of Antarctica's coastline is impenetrable due to thick ice and temperatures that can drop to -60 degrees. The best time to travel to Antarctica is during the Antarctic summer from November to March, when you'll see Antarctica's wildlife at its busiest and benefit from up to 24 hours of daylight.

The best month to go to Antarctica will depend on what you hope to get out of your trip. Whether you hope to go sea kayaking, snowshoeing or photography fluffy penguin chicks will affect your decision of when to go.

In November Antarctica opens its arms to the season's first visitors. You'll not only enjoy the excitement of walking on virgin snow, but you'll also appreciate its beauty as you discover the Peninsula aboard one of the few early visitors.

It's mating season for penguins, who will treat you to courtship displays and their nest-building. Seals of all kinds are also beginning to mate.

It's arguably the best time to travel to Antarctica for landscape photographers who will love the distinctive outlines of the giant icebergs cut against the sea and sky. 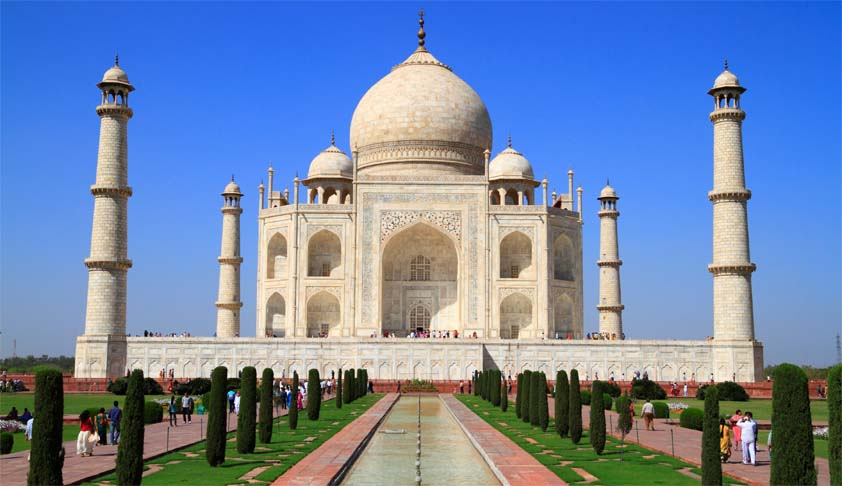 The Best Travel Destinations And Attractions In Asia For Tourists

Asia, the place with rich and beautiful culture, is a favourite destination for many tourists from all over the world. Let's discover the most "bucket list" travel experiences in this continent.
July 10, 2021 | 07:34