After more than 8 years of participating in UN peacekeeping activities, Vietnam has achieved many remarkable achievements as well as made steady development steps. This process has been accompanied and supported by many international partners, including the United Nations Development Program (UNDP) in Vietnam.
Hannah Nguyen
[email protected] December 31, 2022 | 10:52

Since the Women, Peace and Security Agenda – an expanded framework towards women’s participation in UN peacekeeping operations – was officially approved in 2000, Vietnam has ensured women’s engagement in peace processes, she added.

Together with the UN, the Vietnamese Government organised a conference on women, peace and security in 2000. The same year, the National Assembly adopted Resolution No. 130/2020/QH14 on Vietnam’s participation in UN peacekeeping operations, covering the gender issue.

The UNDP has supported Vietnam in various activities, helping the country improve the capacity of its peacekeeping forces. Notably, the UNDP and the Ministry of National Defence co-organised an international conference on women’s role and Covid-19 prevention and control in peacekeeping operations in 2020.

The two sides also jointly held another international conference on women and UN peacekeeping operations in November 2022, on the occasion of the visit to Vietnam by UN Under-Secretary-General for Peace Operations Jean-Pierre Lacroix.

The event looked into how to create a firm foundation to enhance women’s engagement and improve their leadership capacity in peacekeeping activities. It has been seen as a step towards the establishment of a peacekeeping centre of the regional level in Vietnam.

The 2028 target for women serving in military contingents is 15%, and 25% for military observers and staff officers, which Wiesen said is feasible for Vietnam once the country carries forwards its achievements.

The UN backs Vietnam’s commitments to playing a more active role towards global peace and security, as well as its target of establishing the centre, focusing on training and improving the capacity of peacekeeping forces, particularly female personnel.

The UN stands ready to provide technical support and mobilise resources to identify major challenges to deploying female forces, while helping the country with expertise, technologies and international capacity, creating an optimal policy environment to make progress in ensuring general equality and peacekeeping, she affirmed.

Earlier, on December 27, Vietnam’s second sapper unit for UN peacekeeping operations stepped out at a ceremony held by the Ministry of National Defence in Hanoi.

With 203 members, including 22 female sappers, the unit is expected to be sent to the UN Interim Security Force for Abyei (UNISFA).

In the first phase, 28 members of the unit will depart in May 2023. Another 156 will set off in the second phase in the middle of June. The remaining members will continue receiving professional training in healthcare, logistics and English.

The country’s sapper unit 1 was established in 2014 and charged with a peacekeeping mission at the request of the UN.

It was launched on November 17, 2021 with 203 members, including 184 official and 19 reserve members. During its mission in Abyei, the unit has provided humanitarian aid, helping UN peacekeeping missions complete their tasks, contributing to peacekeeping, national reconstruction, and bringing about a peaceful, stable life to host countries.

The forces of Vietnam have been well fulfilling their duties, winning the recognition and support from the Party, State, and people, as well as high evaluation from the UN and international community. That also helped Vietnam obtain 192 out of the 193 votes to become a non-permanent member of the UN Security Council for 2020-2021.

Highly valuing the move, officials of the Vietnamese Ministry of National Defence were invited to join UN leaders in co-chairing an international conference on women with the UN peacekeeping operations. This event took place in Vietnam on November 26, 2022 on the occasion of a visit by UN Under-Secretary-General for Peace Operations Jean-Pierre Lacroix. 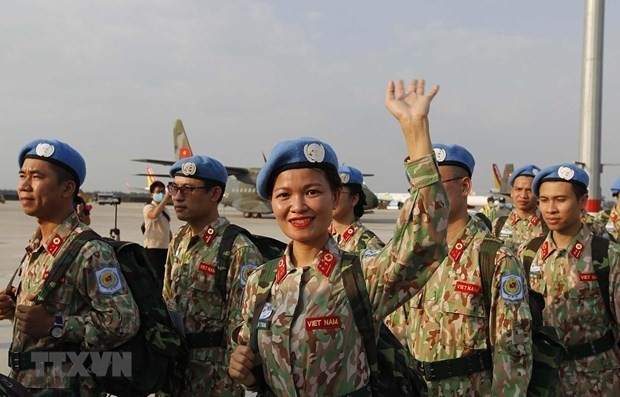 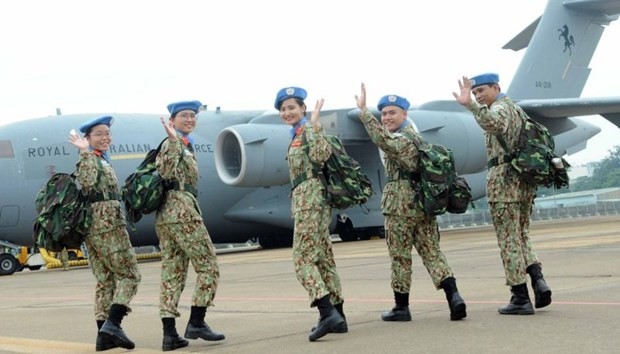