The US Air Force is calling to bid to provide 3 training aircraft for the Vietnam People's Air Force, including a pilot training package and a supply of spare parts. The handover is expected to take place in mid-2023.

According to the announcement released on February 18, the US Air Force is promoting a contract to provide 3 training aircraft for Vietnam together with a basic pilot training program built based on the pilot training model of the US Air Force. Accordingly, the deadline for receiving bidding documents is March 3, 2021; and the latest handover of the three aircraft is around mid-2023.

According to the US Air Force, the supply of these 3 training aircraft is part of the strategic program of regional security cooperation and assistance between the US Air Force and Vietnam.

The aircraft trainer type on bid is one equipped with a turboprop engine, certified by the Federal Aviation Administration (FAA), equipped with a pressurized cockpit, an oxygen supply system, pilot's hats with information display, and modern electronic equipment. The aircraft must have a lifespan of not less than 15,000 flight hours, with external mounts capable of carrying a NATO backup fuel tank in order to have a long training range.

Vietnamese pilots trained to flight T-6A Texan II in US

Recently, the US has trained a number of Vietnam People's Air Force pilots. On May 31, 2019, Columbus Air Force Base (in Mississippi, USA) held a graduation ceremony for 34 US and foreign pilots, among them was Vietnamese Lieutenant Dang Duc Toai. From Facebook of the US Embassy in Vietnam, it is known that Lieutenant Toai was the first Vietnamese pilot to graduate from the US Air Force's Aviation Leadership Program. In addition, Lieutenant Doan Van Canh also attended this program at the same base.

The participation of Vietnamese pilots in such training courses stems from the defense cooperation between the two countries. Vietnamese pilots were trained with the T-6A Texan II aircraft used by the US Air Force and Navy in flight training.

In September 2019, speaking at an event in Hawaii, General Charles Q. Brown, commander of the US Air Force in the Pacific at that time, said that the Vietnamese side was considering buying US T-6 training aircraft. It is known that the Vietnam Air Force currently trains military pilots with two types of aircraft: Yak-52 (propeller turbine, made by the Soviet Union, used for primary flight training) and L-39 (jet, Czech origin, used for advanced flight training). 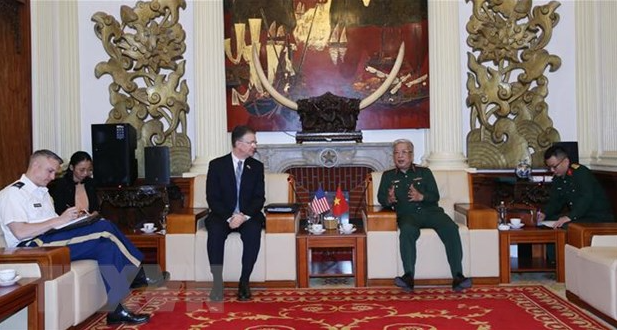 Lieut. Gen. Nguyen Chi Vinh and US Ambassador to Vietnam Daniel J. Kritenbrink held a meeting on April 8, during which they discussed plans to .overcome war consequences.
April 08, 2021 | 17:42 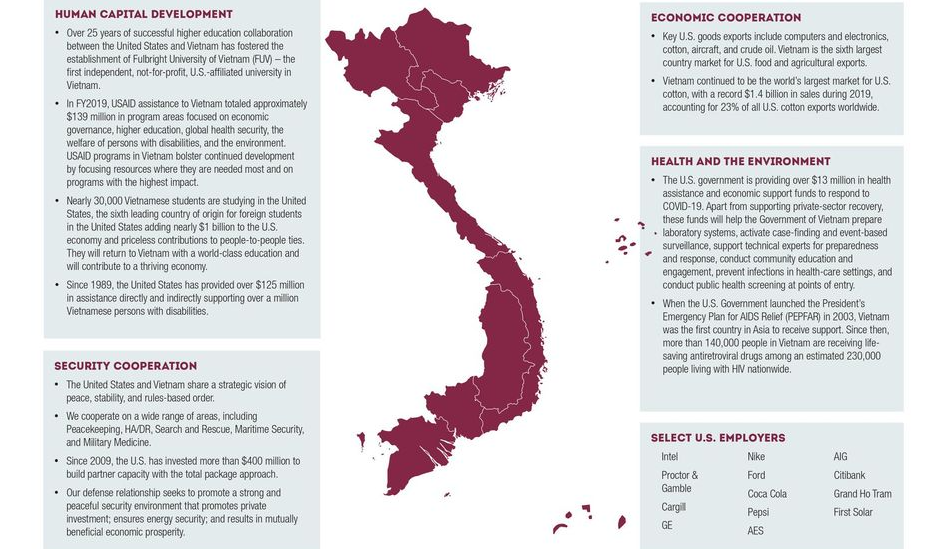 The “blue checkmark” Facebook page U.S Embassy in Hanoi, an official account of the US Embassy to Vietnam has posted an article looking at the United States – Vietnam partnership during the last 25 years, in which the map of Vietnam has fully depicted with Paracel (Hoang Sa) and Spratly (Truong Sa) Islands in the South China Sea or Bien Dong Sea.
September 15, 2020 | 08:02