The statement was made by US Secretary of State Antony Blinken during a video conference with foreign ministers from the Association of Southeast Nations (ASEAN) on July 14.

"It is extremely irresponsible of the US to deliberately provoke controversy over territorial sovereignty and maritime rights in the South China Sea, sow discord among China and ASEAN countries," Chinese foreign ministry spokesman Zhao Lijian told a briefing in Beijing.

On July 11, the Biden administration upheld a Trump-era rejection of nearly all of China’s significant maritime claims in the South China Sea, according to the Politico.

The administration also warned China that any attack on the Philippines in the flashpoint region would draw a US response under a mutual defense treaty.

The stern message from Secretary of State Antony Blinken came in a statement released ahead of the fifth anniversary of an international tribunal’s ruling in favor of the Philippines, against China’s maritime claims in the South China Sea. China rejects the ruling.

Ahead of the fourth anniversary of the ruling last year, the Trump administration came out in favor of the ruling but also said it regarded as illegitimate virtually all Chinese maritime claims in the South China Sea outside China’s internationally recognized waters. July 11’s statement reaffirms that position, which had been laid out by Trump’s secretary of state, Mike Pompeo.

“Nowhere is the rules-based maritime order under greater threat than in the South China Sea,” Blinken said, using language similar to Pompeo’s. He accused China of continuing “to coerce and intimidate Southeast Asian coastal states, threatening freedom of navigation in this critical global throughway.”

Also at the July 14 meeting, Blinken said the US had "deep concerns" about the situation in Myanmar and urged the group to take action to end violence and restore democracy there.

The meeting with the 10-member bloc, which includes Myanmar, is the first since the Biden administration took office in January and comes amid concerns among diplomats and others that Washington has not been paying sufficient attention to a region that is crucial to its strategy to counter an increasingly assertive China, Reuters said. 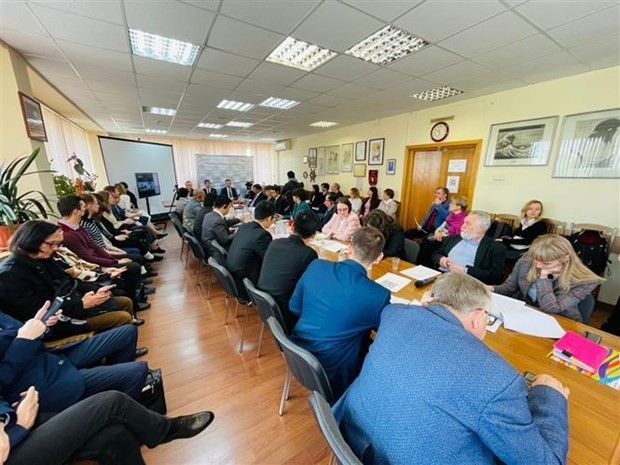