Viet Nam and the Philippines hold regular personnel exchanges, in which arts performance and sports games are performed, at their bases in the Spratlys. Only strategic, trusting and responsible partners can do such things.

While Viet Nam claims sovereignty over the Paracels and Spratlys, the Philippines claims part of the Spratlys (the group of Kalayaan islands in Filipino). Under international law, sovereignty over a feature leads to sovereign rights and jurisdiction over the surrounding waters. In this connection, Viet Nam and the Philippines have sovereignty disputes and sovereign rights over a number of features in the Spratly Islands and surrounding waters. A successful management of these disputes not only enhance each country’s sovereignty and security, but also contributes to peace and stability in the region.

Confidence building in the maritime domain

As two overlapping claimants in the South China Sea, Viet Nam and the Philippines have been successfully maintaining and developing their overall relations and in the maritime domain in particular over the years, demonstrating the trust of the two friends and strategic partners and two responsible members of the ASEAN Community.

This achievement primarily results from the two countries’ strong commitment to peace and stability in the South China Sea and upholding the role of international law, especially the 1982 United Nations Convention on the Law of the Sea (UNCLOS) in resolving disputes and disagreements at sea. This consistent approach was articulated in the Joint Statement of the two Heads of States during Philippine President Rodrigo Duterte’s visit to Viet Nam in September 2016.

The Declaration affirms the two countries’ commitment to “maintaining and promoting peace, security, stability, safety and freedom of navigation and overflight, as well as unimpeded commerce in the region particularly in the South China Sea” and calls for “the peaceful resolution of disputes including full respect for legal and diplomatic processes, self-restraint in the conduct of activities, without resorting to the threat or use of force, in accordance with the universally recognized principles of international law, including the 1982 United Nations Convention on the Law of the Sea.”

At operational level, Viet Nam and the Philippines mindfully and skillfully handle the overlapping claims to protect their interests by peaceful means in accordance with international law. Such diplomatic and legal measures include exchanges of diplomatic notes clarifying their stance on the matter to relevant United Nations agencies.

The two countries have also seriously and consistantly exercised self-restraint put forth in the Declaration on the Conduct of Parties in the South China Sea (DOC) signed between ASEAN and China in 2002. This position was reflected in Viet Nam-Philippine 2016 Joint Declaration, in which the leaders reaffirmed the two countries’ support for the full and effective implementation of the DOC. While UNCLOS is a legal basis for the management and settlement of disputes in the maritime domain, the DOC is an important political commitment of regional countries to the handling of disputes in the South China Sea.

The DOC is not legally binding, but the compliance of signatory states with the provisions of this Declaration establishes their reputation and exhibits their responsibility to the international community. Although Viet Nam and the Philippines have yet resolved the overlapping claims, they have, since the signing of the DOC, invariably respected differences in positions and refrained from carrying out activities that cause tension in bilateral relations and create complicated situations in the region.

Confidence building measures in the maritime domain between Viet Nam and the Philippines has constantly been fostered through numerous different mechanisms. After signing a bilateral defense cooperation agreement in 2010, the two countries inked a deal to share information between the two navies and set up a bilateral hotline between the two coast guards in 2011.

Since March 2014, the two navies have agreed to strengthen the sharing of maritime intelligence and technology. On the ground, since 1994, the two countries have organized the The Joint Oceanographic and Marine Scientific Research Expedition in the South China Sea (JOMSRE-SCS). This mechanism was officially institutionalized in 2003 and extended to other countries in the region.

Bilateral relations are also well maintained even in geographic areas where overlapping claims exist. Up to now, the navies of the two sides have organized five personnel exchanges in the Spratlys which includes professional exercises such as practice on information about international flags, joint table-top exercises, search and rescure information sharing, and sharing of information on accidents, weather, maritime security, illegal fishing. These activities have been rotationally held on the Southwest Cay and Northeast Cay, respectively controlled by Viet Nam and the Philippines. These activities are accompanied by many forms of sports, cultural and artistic exchanges, creating an atmosphere of friendliness, closeness and mutual understanding and trust among the forces stationed in the Spratlys and contributing to the deepened cooperation between the two navies.

The two countries also uphold the spirit of humanitarian treatment to deal with incidents arising at sea, including issues in the fisheries sector. The South China Sea is a fishing ground for tens of thousands of fishing vessels from a number of countries in the region. This high density of fishing ships results in occasional complicated incidents, leading to further and broader tensions between countries in the past time. However, Viet Nam and the Philippines invariably commit to resolve incidents by friendly cooperative way and mutually assist each other in the field of fisheries in the South China Sea. This happens at both the state and fishermen levels. Law enforcement agencies and fishermen of the two countries have repeatedly assisted and rescued each other’s fishermen in distressing situations at sea.

A noble example was in August 2019 when Vietnamese fishermen saved 22 Filipino crew members after their fishing boat was rammed by a foreign boat. After the incident, the Philippine Government and Department of Foreign Affairs issued a statement saying that the Philippines “has not stopped and will not stop thanking Viet Nam”. Similarly, many cases of Vietnamese fishermen arrested were treated humanely by the Philippines and were handed over to Viet Nam through diplomatic negotiations.

Towards a substantial bilateral cooperation

Sovereignty disputes are among most challenging issues to be resolved in international relations. Disputes in the maritime domain involving multilateral claimants such as those in the South China Sea are even far more complicated, requiring time, great efforts and persistent negotiation. Unilateral activities and the acceleration of the Sino-US strategic competition in the South China Sea cast shadow on an unpredictable future in the region in the coming years.

The UNCLOS, bilateral confidence building measures, and political commitments as set out in the DOC lay solid foundations for the future of this model. The provisions established by UNCLOS and the Arbitral Tribunal’s Award in the Philippines’ case against China in the South China Sea in 2016 have shed light on many of the issues that were once gray areas in the dispute in the Spratlys. In addition, if Article 5 of the DOC is understood as an interim commitment of signatory states to maintain the status quo in the South China Sea, certainly without prejudice to claimants’ positions, then the DOC is a perfect supplement for the UNCLOS, establishing a set of principles for conduct of Viet Nam and the Philippines.

A key for future cooperation between the two countries in maritime domain is regular interactions between senior leaders. The Philippines plans to have a new administration in 2022 and leaders of the two countries should quickly get connected to ensure political dynamics for bilateral cooperation. In the context of the COVID-19 pandemic that has limited high-level exchanges, the two countries can take advantage of any opportunities such as holding talks on the sidelines of multilateral meetings or tele-conference.

Specifically, the two countries should continue to carry out and deepen navy-to-navy cooperation. The exchange of visits by warships between the two countries initiated in 2014 should be maintained. This proposal is viable in the context that the naval capacities of both Viet Nam and the Philippines have been significantly improved in the past decade.

The two countries should also work together to develop more forms of bilateral cooperation within multilateral mechanisms on fisheries sector; ensure security and safety for fishermen at sea and at the same time contribute to the protection of the marine environment.

Finally, Viet Nam and the Philippines should strengthen exchanges between relevant research institutions to discuss complex and sensitive issues such as delimitation of overlapping maritime zones in accordance with the provisions of the international law or negotiation of a Code of Conduct in the South China Sea among Southeast Asian claimants. These activities contribute to clarifying each party’s position, building trust, and generating new ideas for actual cooperation. 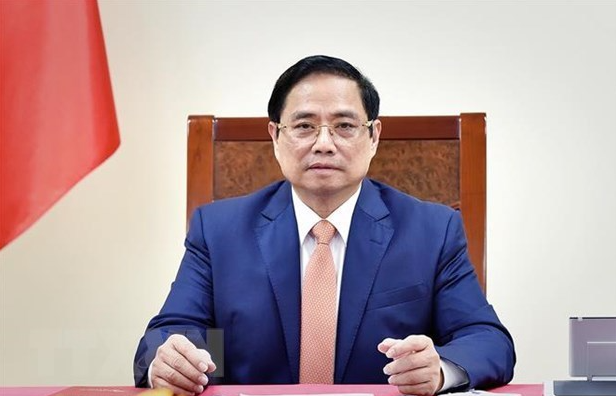 The Philippines is an important and reliable partner that shares many strategic interests with Vietnam, Prime Minister Pham Minh Chinh talked over the phone with Philippine President Rodrigo Duterte.
July 20, 2021 | 08:07 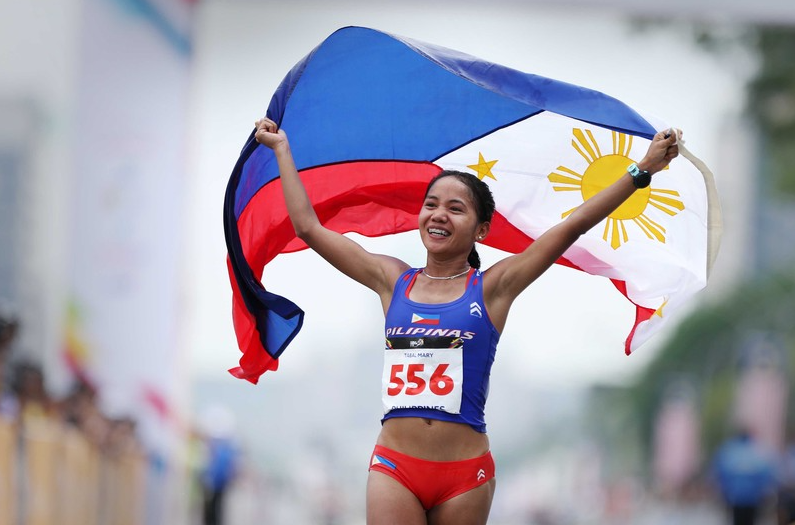 How To Watch Tokyo 2020 Olympics in The Philippines: TV Channel and Live Stream

A 19-strong athlete delegation leads the Philippines' hunt for a first Olympic gold. Hopes are high for the country's Tokyo Games.
July 19, 2021 | 07:31 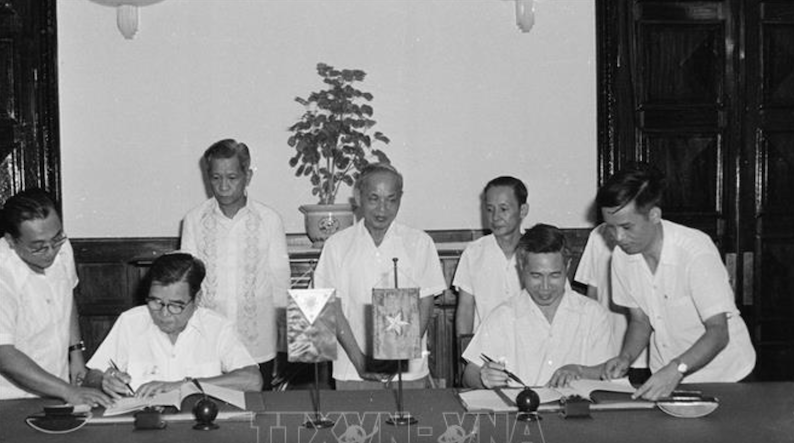 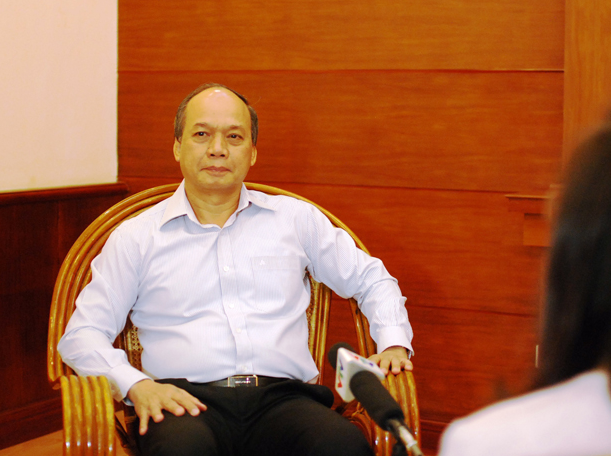