The Diplomatic Academy of Vietnam on March 25 cooperated with the Korean National Diplomatic Academy and held the launching ceremony and the first meeting of the Vietnam-Korea EPG-Eminent Persons Group.
Rosie Nguyen
[email protected] March 26, 2022 | 22:13

This is one of the initiatives of the Diplomatic Academy of the two countries to celebrate the 30th anniversary of diplomatic relations between Vietnam and Korea (1992-2022) and build a vision of bilateral relations for the future.

Attending the launching ceremony were leaders of the Ministry of Foreign Affairs of Vietnam and Korea, leaders of the Diplomatic Academy of the two countries, the representative agencies, and members of the Eminent Persons Group (EPG).

Speaking at the opening ceremony, Vietnamese Deputy Foreign Minister Pham Quang Hieu congratulated the establishment of the EPG. He said the two countries' foreign ministries committed to the initiative during the visit of Foreign Minister Bui Thanh Son to Korea in February 2022.

The Deputy Minister said that the Vietnam-Korea EPG members would share new ideas and valuable recommendations with extensive knowledge and experience in research. These things contribute to strengthening bilateral relations in the current period and medium and long term.

First Vice Minister of Foreign Affairs Choi Jong-kun said that Vietnam was the first country to develop relations with Korea to a Strategic Cooperation Partnership level after less than 30 years. Korea always considers Vietnam a key partner in the "New Southern Policy."

Choi Jong-kun said impressive numbers evidence the achievements in the relationship between the two countries: Compared with 1992, trade turnover in 2021 increased 161 times.

Acting Director of the Diplomatic Academy of Vietnam, Pham Lan Dung, said that the goal of the EPG Group was to enhance interdisciplinary exchanges between experts from the two countries and develop specific policy recommendations for the Government of Vietnam and Korea.

After the ceremony, the EPG members held the first meeting to discuss the group's plan and look back at the results of 30 years of Vietnam-Korea relations. The delegates had a substantive exchange on achievements and outstanding issues in the relationship between the two countries.

Besides the impressive results, the two countries need to seek solutions to investment, labor, population aging, and security issues.

It is expected that in 2022, the EPG will hold three official meetings in Hanoi and Seoul to develop a report on bilateral relations and a vision of Vietnam-Korea ties in the next 30 years. 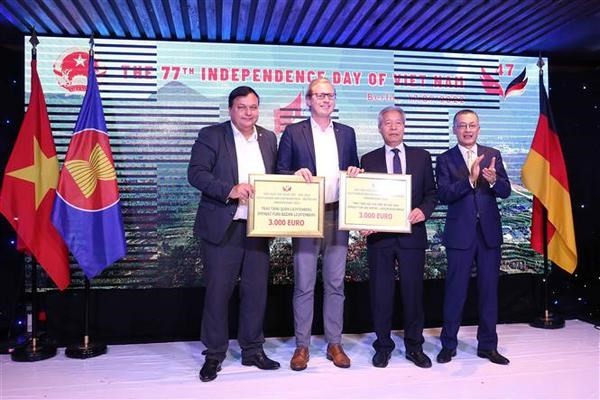