On the occasion attending the 22nd Congress of the World Peace Council in Vietnam, Fernando Gonzalez Llort - a Member of the Cuban National Assembly, Hero of the Republic of Cuba, and President of the Cuban Institute of Friendship with Peoples (ICAP), had a meeting with Ambassador Nguyen Phuong Nga, President of the Viet Nam Union of Friendship Organizations (VUFO) on November 19, 2022.
Bao Huy
November 21, 2022 | 08:42

This is Vietnam’s first time to host the World Peace Council, VUFO President Nguyen Phuong Nga told at the reception of Comrade Fernando Gonzalez Llort and the Cuban delegation.

“Cuba has always been an active member of the World Peace Council. The Cuban delegation and ICAP’s active participation will make an important contribution to the success of the 22nd Congress, simultaneously, strengthening the cooperation between ICAP and VUFO, between the people of Vietnam and the people of Cuba”, said Ambassador Nguyen Phuong Nga.

For his part, President ICAP Mr. Fernando Gonzalez Llort shared that he felt like coming back home when he arrived in Vietnam. The gaps between the two countries’ peoples seem to blur.

President Llort thanked Vietnam for always standing with Cuba in hardships, expressing his gratitude for Vietnam’s consistent support for Cuba’s struggle to end the unjust economic, commercial and financial embargo.

Vietnam is such a country to have experienced many losses and sacrifices to maintain peace and to struggle for peace, said the President ICAP, affirming that Cuba supports Vietnam's organization of the 22nd Congress of the World Peace Council.

At the meeting, the delegates of VUFO and ICAP also reviewed the two organizations’ activities of strengthening bilateral solidarity and friendship, proposing orientations for cooperation in the coming time, with a high emphasis on raising the young generations’ awareness.

“The youth from Vietnam and Cuba needs to have a deep understanding of the two countries' relations, and holds the responsibility to make a positive contribution to the cultivation and development of this relationship in the future,” said Mr. Fernando Gonzalez Llort.

The Cuban side wishes to organize more exchange activities between the two countries’ youngsters in diverse ways, both online and offline. The President of ICAP also informed that on the occasion of the 50th anniversary of President Fidel Castro's visit to South Vietnam liberated area (September 9, 1973-September 2023), an exchange activity between students from the University of Havana and Vietnamese students is scheduled to happen.

Ambassador Nga expressed her support for ICAP President Llort's proposal to further strengthen the education field and exchanges between the young generations of the two countries. Next year, Vietnam also will organize effective and diversified activities to celebrate President Fidel Castro's visit to the liberated region of South Vietnam. 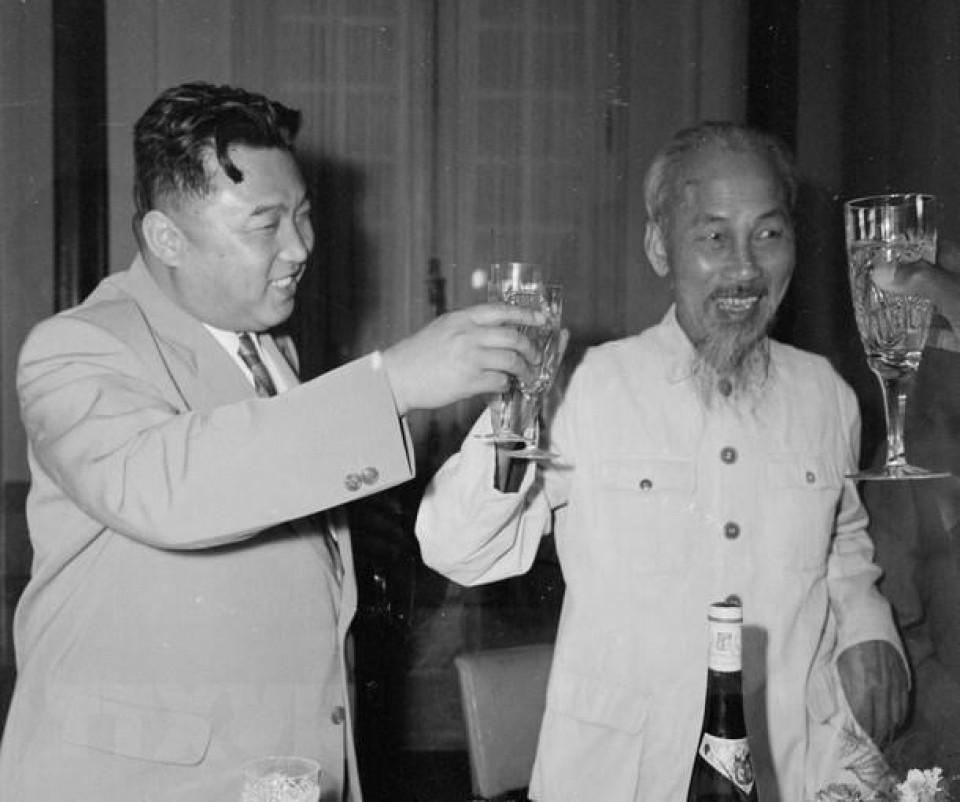