The special bilateral relations between Vietnam and Cuba continues to benefit the peoples of both nations, even in the most difficult time
Hannah Nguyen
ngminhphuong26@gmail.com November 25, 2021 | 08:05

VUFO and ICAP agree to organize many activities in 2022

The Vietnam Union of Friendship Organizations (VUFO) on Nov. 23 held an online conference with the Cuban Institute for Friendship with Peoples (ICAP). The political and economic solidarity of the past has maintained and its value remain intact today, even in the most difficult times.

The event was held in person at the VUFO's headquarters and online with several bridge points. The talks aimed to further strengthen and tighten the good cooperation relationship between VUFO and ICAP, demonstrating the closeness and loyalty between the Vietnamese people and the Cuban people.

Speaking at the opening of the talk, VUFO President Nguyen Phuong Nga expressed his joy when Cuba officially entered a state of "new normal." Students of all levels returned to school directly, opened borders, allowing international tourists to enter with flexible epidemic prevention regulations, and reactivate business activities across the country.

Assessing cooperation activities between VUFO and ICAP, Nguyen Phuong Nga affirmed that, although the Covid-19 pandemic disrupted external activities and direct cooperation, the two organizations regularly maintained exchanges, share and update each other's information, and always remember each other both on the anniversaries of the two countries' major holidays and in difficult times. This has contributed to spreading the feeling of solidarity and loyalty of the people of the two countries to a wide range of people.

At the talks, the two sides agreed to continue to organize friendly exchanges and celebrate important holidays of the two sides such as the 50th anniversary of President Fidel Castro's visit to Vietnam and the 62nd anniversary of the establishment of Vietnam. Vietnam-Cuba diplomatic relations (Dec. 2, 1960 - Dec. 2, 2022), the anniversary of President Ho Chi Minh's birthday, the liberation of South Vietnam and the reunification of the country, Vietnam's National Day, celebrating the 60th anniversary of the establishment of the Cuban Committee for Solidarity with South Vietnam. These activities will continue to preserve and recreate the historical value of the Vietnam-Cuba relations to the Vietnamese and Cuban people, especially the young generations.

In addition, in the coming time, VUFO and ICAP will continue to strengthen cooperation in the field of peace, solidarity and friendship; regularly organize online information sharing and exchange activities to extend to friendship associations with the two countries in localities; continued to have many innovative initiatives in order to spread the solidarity and loyalty of the two peoples of Vietnam and Cuba, and nurture the flame of the Vietnam-Cuba friendship for many future generations.

Authorized by the President, Vietnamese Ambassador to the US Ha Kim Ngoc presented the Friendship Order from the President to Lianys Torres Rivera, former Ambassador of Cuba to Vietnam at a ceremony on Nov. 22.

In his speech, Ambassador Ngoc said the honor shows the recognition and respect of the Party, State and people of Vietnam for important contributions of the Cuban diplomat in strengthening and deepening the traditional and faithful relationship and cooperation between the two Parties, States and people.

Rivera was the Cuban Ambassador to Vietnam from 2017 to 2020. During Ambassador Lianys Torres Rivera’s tenure in Vietnam and on the basis of the fraternal solidarity that has been fostered over the past more than 60 years, the relationship between the two countries witnessed fruitful development with a series of bilateral cooperation agreements implemented, and hundreds of all-level visits of the two nations’ leaders arranged, especially General Secretary Nguyen Phu Trong’s visit to Cuba in March 2018.

She was appointed as Chargé d'affaires of Cuba in the US in March this year. Even while working in the US, Rivera continued to provide valuable support to the two countries' relations, including contributing to the great success of President Nguyen Xuan Phuc's official visit to Cuba in September 2021.

Ambassador Ngoc said he believes that in any position, the ambassador always contributes to the development of the traditional friendship between Vietnam and Cuba.

Ambassador Rivera expressed her honor to receive Vietnam’s Friendship Order, saying that her three-year tenure in Vietnam was a memorable and proud time.

She expressed her appreciation for the love of Vietnamese people for Cuba and the traditional solidarity and friendship between the two countries, saying that with her family, Vietnam has become their second home.

The ambassador thanked the Vietnamese Party and State, as well as close friends who have always actively supported her to perform well her duty, promising that she will do her best to further contribute to the Vietnam - Cuba traditional friendship.

Previously, on Nov. 23, 2020, in Hanoi, on behalf of the Presidium of VUFO and the Vietnam-Cuba Friendship Association, Ambassador Nguyen Phuong Nga, VUFO president awarded the medal "For peace and friendship among nations", the highest award of the VUFO, to Rivera, to recognize and honor her contributions in consolidating and strengthening the relations between the two countries.

According to Nga, Ambassador Rivera has contributed to the success of many major events such as the 45th anniversary of President Fidel Castro's visit to Quang Tri (September 2018); high-level visits between Vietnam and Cuba, including the delegation of General Secretary Nguyen Phu Trong to Cuba (March 2018) and the visit to Vietnam of Cuban President Miguel Diaz Canel-Bermudez; and series of activities to celebrate the 60th anniversary of the establishment of diplomatic relations between the two countries in 2020.

Ambassador Rivera is always interested in promoting cooperation between the two countries in fields such as economy, culture, health, education as well as exchanges and cooperation between businesses and human organizations. people. The Ambassador personally always actively participates in people's friendship activities in general and activities organized by the VUFO and Vietnam-Cuba Friendship Association in particular, which is an important factor for success. for people's foreign affairs.

Ambassador Nga hopes that, regardless of position, Rivera will still make positive contributions to consolidating and developing the friendship, solidarity and cooperation relationship between the two peoples. At the same time, she affirmed that the VUFO will continue to work closely with the Cuban Embassy in Vietnam to cultivate the special brotherly solidarity of the two peoples, standing side by side and support the Cuban people overcome all difficulties and challenges, continue to advance along the chosen path for the people's happiness, peace, national independence, social progress and sustainable development in the world. 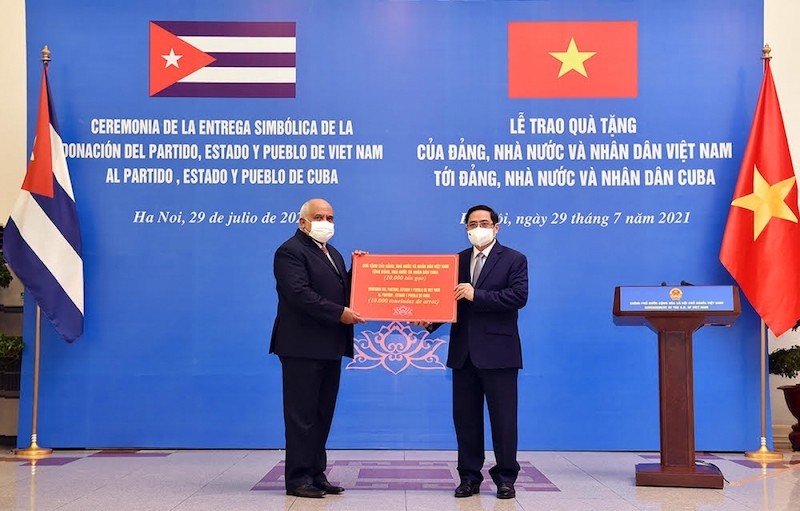 Cuba to Continues to Help Vietnam in Vaccine Production

The Ambassador reaffirmed the friendship between Cuba and Vietnam in the fight against Covid-19.
November 18, 2021 | 09:57 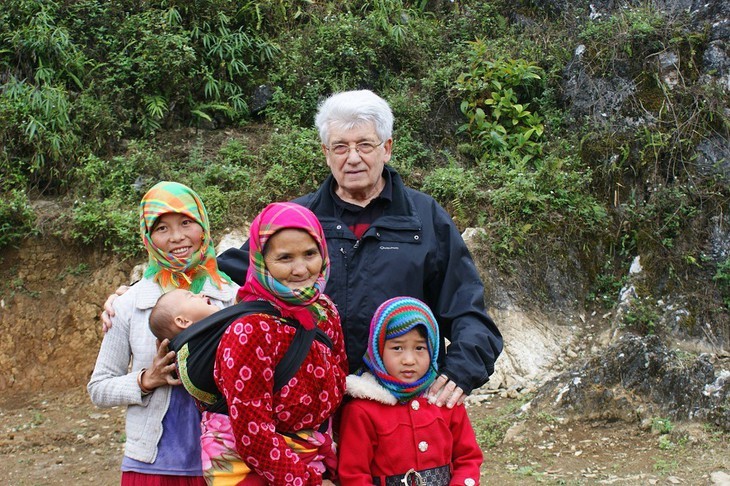