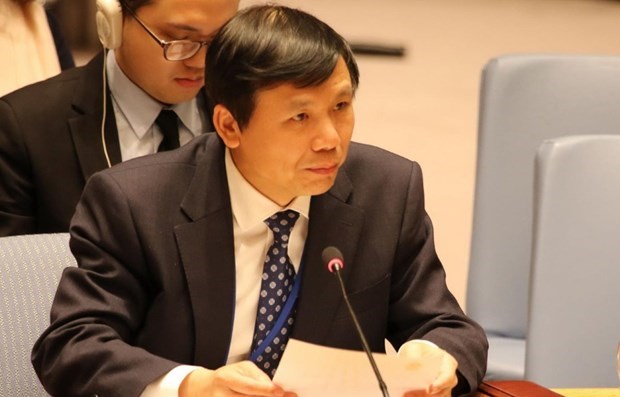 During a session of the United Nations Security Council (UNSC) in New York on the occasion of the 50th anniversary of the NPT, Ambassador Quy affirmed that Vietnam has joined all international efforts regarding non-proliferation of nuclear weapons, including regional and global conventions; complied with the International Atomic Energy Agency’s highest safety standards; and strictly followed the UNSC’s resolutions.

He said any intentional, unintentional or miscalculated use of nuclear weapons seriously threatened global peace and security.

Non-nuclear weapon states, especially those that have fulfilled their NPT obligations, still live in fear despite the treaty is five decades old.

The UNSC expressed its determination to strive to reach the targets set out in the treaty towards full nuclear non-proliferation and ensuring the use of nuclear energy for peaceful purposes only.

Participants also reaffirmed the common responsibility of NPT member states for the future of the treaty.

The NPT was ratified by 190 countries and has been widely welcomed worldwide./.