Vietnam retail sales and service revenue hits over US$ 216.5 billion in 2020

The unprecedented situation of the Covid-19 pandemic has seriously affected the retail sale and service activities in Vietnam. However, the sector still witnessed an upward trend in 2020.
Lyan Vu
bonpug@gmail.com December 31, 2020 | 22:30

According to a recent report from the General Department of Vietnam Customs, despite the complexity in other countries, the Covid-19 pandemic is still under control in Vietnam, as a result, trade activities and the service sector still increased in some last months of the year, Thanhnien reported.

According to the General Statistics Office, the service sector in 2020 was estimated to reach the lowest growth rate of 2011-2020. The contribution of some market service industries to the growth rate of total added value in 2020 namely: Wholesale and retail increased 5.53% year on year, contributing 0.61 percent; finance, banking, and insurance increased by 6.87%, contributing 0.46 points; transportation and warehousing down 1.88%, down 0.06 percentage points; the accommodation and catering services sector decreased by 14.68%, a 0.62 points decrease.

As for the telecommunications industry, revenue from operations in the fourth quarter was estimated at 102,800 billion VND (4.4 billion USD), down 1.3% over the same period last year (if excluding the price factor, it would increase 4.1%). For the whole year 2020, it is estimated that telecommunications revenue will reach 381,000 billion VND (16.5 billion USD), decreasing by 0.6% over the previous year (if excluding the price factor, it will increase 4.1%). 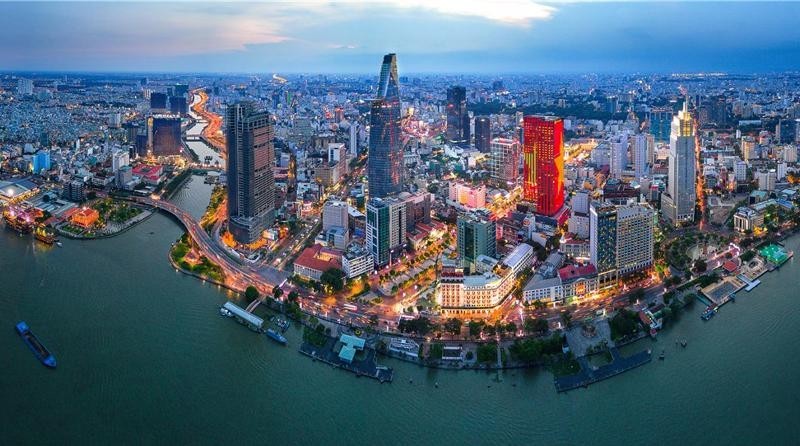 Vietnam’s gross domestic product (GDP) increased by 1.42% in the first nine months of 2021, remarking a significant success of the country while battling against the Covid-19 pandemic, as well as maintaining production and business.
September 29, 2021 | 16:43