Since Vietnam officially joined UN peacekeeping forces in 2014, it has successfully deployed over 500 personnel on peacekeeping missions and to the UN headquarters.
Rosy Huong
[email protected] August 13, 2022 | 15:45

Chien praised the cooperation and assistance provided by the UN and its agencies, especially the UN Resident Coordinator Office, when Vietnam served as the ASEAN Chair in 2020 and a non-permanent member of the UN Security Council during 2020 - 2021.

He thanked the UN and relevant agencies for working closely with Vietnam to successfully carry out many war aftermath settlement activities, particularly programmes and projects on addressing unexploded ordnance and toxic chemicals, which brought positive outcomes.

The official said he hoped the UN would continue coordinating with the Defence Ministry in war aftermath settlement through financial and technical aid, capacity building, experience sharing, and database building.

Since Vietnam officially joined UN peacekeeping forces in 2014, it has successfully deployed over 500 personnel on peacekeeping missions and to the UN headquarters. It is also the first country in Southeast Asia to implement three training courses on heavy engineering equipment, under the Vietnam-UN-Japan trilateral partnership programme, which received strong evaluations from UN leaders.

The country has maintained a rate of female participation in peacekeeping operations that is higher than the average and pledges to maintain and increase this rate to over 20 per cent by 2025, according to Chien.

Vietnam would further engage in UN peacekeeping operations, including sending personnel on more missions and diversifying participation forms, he noted, adding that police would also be deployed on operations.

The official asked the UN to continue supporting Vietnam’s commitments and political resolve to join peacekeeping operations, and create favourable conditions to further enhance cooperation in this regard.

The UN would assist the Vietnamese Government and people in securing the best possible post-pandemic socio-economic recovery and meet healthcare-related demand, she said.

The official said she recently had the honour of signing the Strategic Framework for Sustainable Development Cooperation with the Vietnamese Government, describing it as a very important document that outlines the UN’s strategy and assistance priorities for the country in the next five years. The document also underlines the UN’s role in helping Vietnam recover after the pandemic and ensuring that no one is left behind.

The Resident Coordinator spoke highly of Vietnam’s achievements in joining UN peacekeeping operations, including the high rate of female participation, noting the UN pledges to continue assistance in this field.

The UN also highly valued Vietnam sending police officers on peacekeeping operations, including three to the mission in South Sudan and one to the Police Division in New York, Tamesis added.

He expressed his delight that eight Vietnamese public security officers have met the UN’s requirements. Four of them are to begin working at the UN headquarters and the UN Mission in South Sudan this year.

Amid complicated and uncertain developments in the world in the near future, President Phuc called for joining hands with the international community to seek solutions to traditional and non-traditional security challenges under the flag of the UN./. 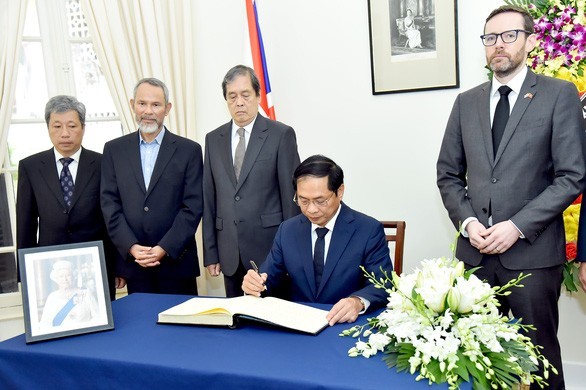 Hundreds of local and foreign royals and global leader are set to attend the funeral of Queen Elizabeth II held by the British royal family at Westminster Abbey at 11am on September 19 (17:00 Hanoi time).
September 19, 2022 | 14:02 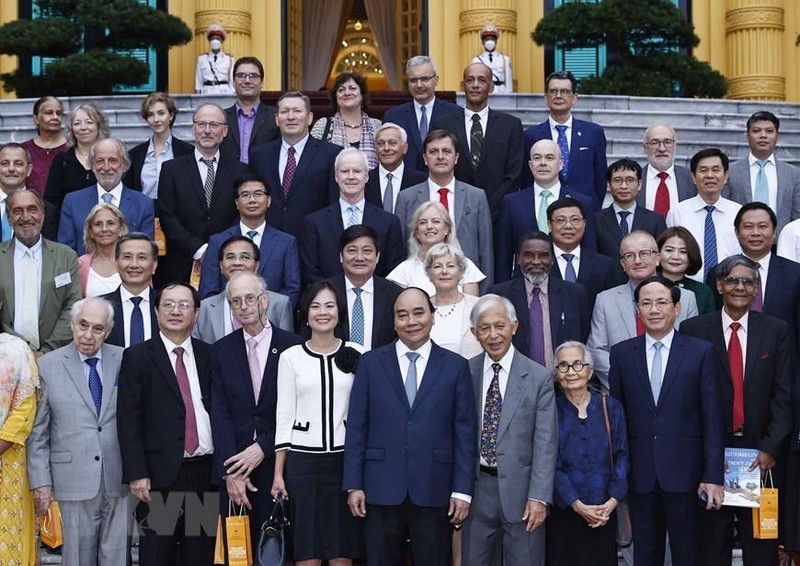 President Calls for Cooperation of International Scientists in Development

Vietnam hopes to receive support and cooperation from the international community, especially scientists, to reach the goal of becoming a developed country with a high-income by 2045, President Nguyen Xuan Phuc has said.
September 17, 2022 | 12:02