National Assembly Chairman Vuong Dinh Hue has met some countries' high ranking leaders in Vienna on September 7 as part of his trip to Austria to attend the fifth World Conference of Speakers of Parliament (WCSP5).
Tarah Nguyen
thuyhang.vietnamtimes@gmail.com September 08, 2021 | 10:32

Chairman of the Vietnam National Assembly Vuong Dinh Hue on September 7 received Deputy Speaker of the House of Commons of the United Kingdom Eleanor Laing on the sidelines of the 5th World Conference of Speakers of Parliaments (WCSP5).

Both sides shared the view that the Vietnam-UK relations have still developed positively despite the impact of the COVID-19 pandemic.

Vietnam has welcomed many British Government officials including the Foreign Secretary and Defence Secretary, and at the same time maintained bilateral cooperation mechanisms in all fields, including diplomacy, economy, trade and investment.

Both countries have coordinated well at multilateral forums such as the United Nations Security Council, the Asia-Europe Meeting (ASEM), and ASEAN. Vietnam has voiced its strong support for the UK to become a full dialogue partner of ASEAN.

Hue emphasized that the UK is Vietnam’s third largest trading partner in Europe, while the enforcement of the UK-Vietnam Free Trade Agreement (UKVFTA) in May 1, 2021 is expected to promote trade between the two countries.

Currently, the UK has 421 investment projects in Vietnam, with total capital of US$3.92 billion.

NA Chairman Hue affirmed that Vietnam supports the UK in strengthening economic and trade relations with the region. It is also ready to support the UK’s bid to join the Comprehensive and Progressive Agreement for Trans-Pacific Partnership (CPTPP), according to the VOV.

He thanked the UK for presenting 415,000 doses of the COVID-19 vaccine to Vietnam, and requested that the British Parliament provide continued support for the Southeast Asian nation in its access to vaccine sources and medical supplies, as well as vaccine production technology.

For her part, Deputy Speaker Eleanor Laing said the UK supports efforts to strengthen ties with Vietnam and welcomes Vietnam’s participation in the upcoming 26th UN Climate Change Conference (COP 26) to be hosted by the UK in November 2021.

The two sides exchanged views on international issues of mutual concern. They underlined the importance of fully observing international law, especially the 1982 United Nations Convention on the Law of the Sea (UNCLOS) in ensuring security, safety, freedom of navigation and overflight, as well as settlement of disputes by peaceful means.

The Vietnamese National Assembly Chairman met with President of Japan’s House of Councillors Santo Akiko in Vienna on September 7 for exchanges through the parliamentary channel.

The two sides noted with pleasure the fruitful development of the Vietnam-Japan extensive strategic partnership in such areas as diplomacy, economy, trade and investment.

Exchanges through the parliamentary channel have been strengthened, helping consolidating political trust, people-to-people exchanges and coordination between the two nations at regional and international forums.

During the fight against the COVID-19 pandemic, Vietnam and Japan have given each other with valuable and timely support, they said.

The top Vietnamese legislator thanked Japan for donating nearly 3 million doses of the COVID-19 vaccine for Vietnam, also called on Japan to further help Vietnam with medical supplies and unused COVID-19 vaccines, and consider the possibility of cooperation in the production of COVID-19 vaccine and drug.

Santo thanked Vietnam for presenting medical masks to Japan last year, and described the gifts as a demonstration of the fine relations between the two countries.

The two leaders affirmed Vietnam and Japan will continue to support each other in pandemic containment and post-pandemic recovery, boost collaboration between legislative agencies and carry forward the role of friendship parliamentarians’ groups to promote cooperation initiatives, reported the VNA.

The two sides agreed to conduct official exchange visits when conditions permit in the time ahead.

The top legislator of Vietnam thanked Cuba for its good will in cooperating with Vietnam in vaccine technology transfer and vaccine production, as well as its intention to provide a large amount of Cuba’s Abdala COVID-19 vaccine in the coming time.

He also spoke highly of Cuba’s sending delegations of medical workers to help countries fight COVID-19 despite facing difficulties caused by the economic embargo against the country.

For her part, Ana Maria Mari Machado appreciated Vietnam’s valuable support for Cuban people in the times of hardships triggered by COVID-19.

She underlined that Cuba stands ready to cooperate with Vietnam in vaccine technology transfer to support the country’s COVID-19 prevention and control efforts.

The legislators agreed that Vietnam and Cuba need to maintain the exchange of delegations at all levels to share information and experience in fields that they hold strengths in, contributing to their national construction and development causes.

They also consented that the two parliaments should boost their cooperation and turn their ties into a significant cooperation channel in the bilateral relations. 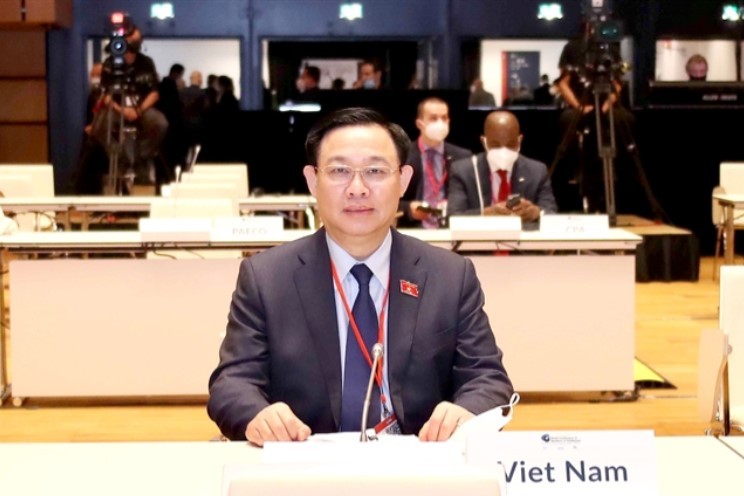 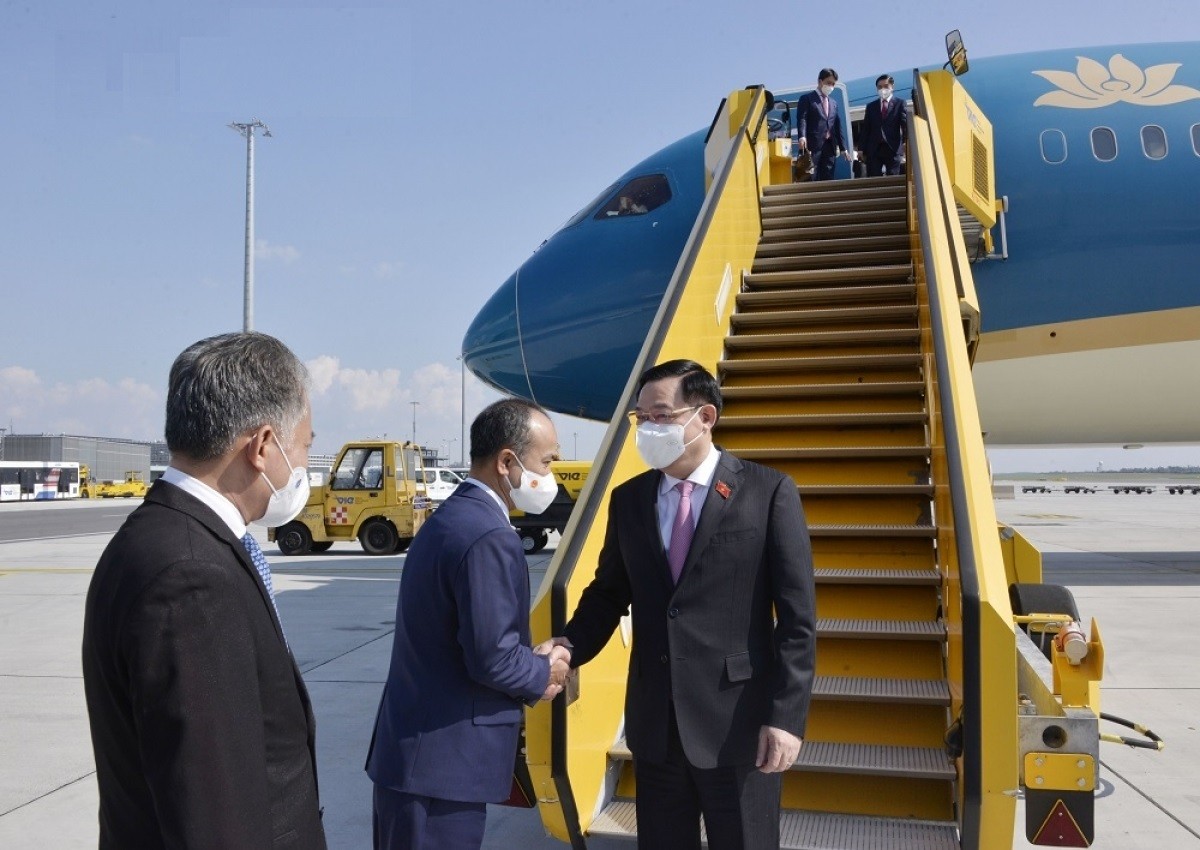 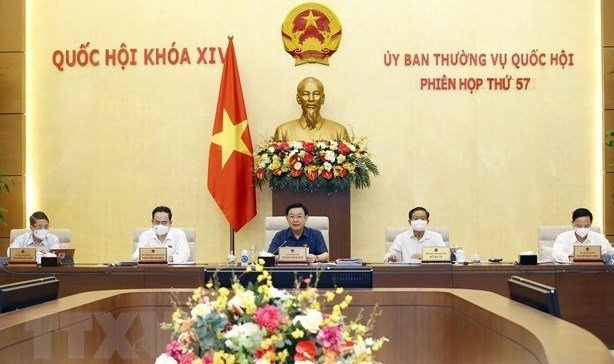 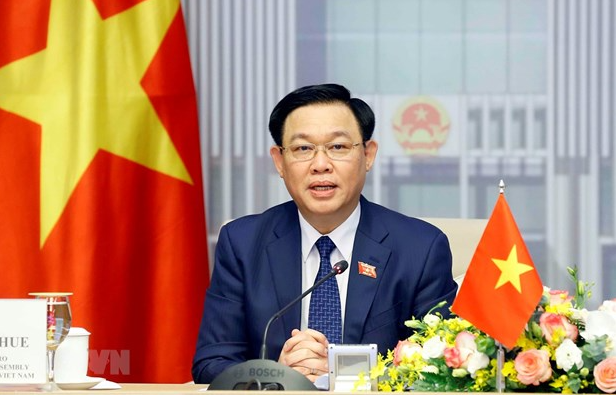