Vietnamese trade revenue estimated to exceed US$336.2 billion in 8 months

Until now, Vietnam has been a bright spot with its export and import values reaching US$60.8 billion and US$72.05 billion, both recording on-year increases of 15.3% and 2.9%, according to VOV.

The export turnover over the past eight months was about US$174.11 billion. 27 products reeled over US$1 billion each. They included phone and components (US$31.5 billion); electronic devices, computers and components (US$27.6 billion); and apparels (US$19.2 billion). However, most of agricultural products saw a reduction in their export revenue.

Vietnamese economy continued to be a bright spot with the export turnover over the past eight months to increase by 15.3% and the import increasing by 2.9%. The export value of the foreign-invested sector (including crude oil) decreased 4.5%, import decreased 6%.

Currently, the group of materials for production is estimated at nearly USD 152 billion, down 1.7% over the same period last year and accounting for 93.5% of total import turnover. Consumer goods import value is estimated at more than 10 billion USD, down 9.2%. 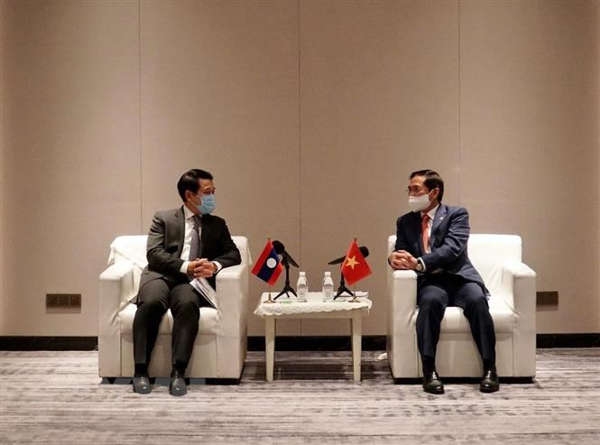 The two countries have agreed to step up transport infrastructure projects to take advantage of Lao-Viet International Port
June 07, 2021 | 16:02