On Tuesday, World Health Organization (WHO) said it was reviewing COVID-19 data from Seychelles, the world’s most vaccinated country, after a third of people who tested positive for COVID-19 in the last week despite being fully vaccinated.
Chau Polly
May 13, 2021 | 12:52

A third of people who tested positive for COVID-19 in the last week were fully vaccinated, sparking fears of COVID-19 reinfection among the inoculation.

The African country’s ministry and the WHO said that the majority of those who had tested positive recently had not actually not been vaccinated against Covid, or had only received one dose, according to Reuters.

In addition, the WHO asserted how none who died had received both the doses of the COVID-19 vaccine. Most people who required treatment for critical cases were actually unvaccinated. The World Health Organization is currently tracking the situation in the country, which has a population of less than 100,000 with daily cases on the lower end of hundreds.

The seven day rolling average of positive cases increased from 120 on April 30 to 314 on May 8, the ministry said in a statement late on Monday, with almost two thirds of the positive cases being close contacts of another person testing positive.

Some 37% of those testing positive had received both doses of a vaccine, it said.

To date, 57% of those who have been fully vaccinated have received the vaccine from China's state-owned drugmaker Sinopharm, while 43% have received AstraZeneca shots, it said. Nearly 60% of the population have had two doses, the WHO said.

The ministry said 80% of those needing hospital treatment had not been vaccinated and tended to be people with co-morbidities. The ministry could not immediately be reached for further comment.

The WHO has said a large Phase III trial of Sinopharm has shown that two doses, administered at an interval of 21 days, have an efficacy of 79% against symptomatic infection, 14 or more days after the second dose. AstraZeneca said its March its COVID-19 vaccine was 76% effective.

The WHO approved the Sinopharm vaccine for emergency on Friday. The decision also clears the way for the vaccine to be included in COVAX, a global programme to provide vaccines mainly for poor countries.

The total number of confirmed cases in Seychelles since the pandemic began is less than 8,200. Cases dropped slightly from May 7 to May 8, the ministry statement said, but "the rate of transmission remains high and is of concern".

The WHO said vaccination alone would not stop transmission entirely, and preventive health measures such as social distancing, mask-wearing and hand washing must continue.

Seychelles, which has vaccinated the next proportion of its inhabitants in opposition to coronavirus than some other nation, is struggling to include a brand new surge in Covid-19 infections, elevating questions in regards to the effectiveness of a Chinese shot the island nation has administered to nearly all of its vaccinated residents, according to The Wall Street Journal.

In latest days, a rush of sufferers looking for therapy has overwhelmed the Seychelles’s sole coronavirus therapy middle, because the pristine archipelago of 115 islands within the Indian Ocean battles its worst wave of infections, in accordance with the well being ministry. The every day charge of Covid-19 symptomatic infections has jumped to greater than 300 circumstances, bringing the cumulative complete to 8,172 and forcing the federal government to reinstitute lockdown measures.

Although that quantity is low, it’s an outsize drawback for a tiny geographically remoted nation with a inhabitants of simply 100,000. The every day case charge is the next variety of infections per capita than India’s outbreak.

On Sunday, with hospitals in the capital Victoria overwhelmed with sufferers, the well being ministry issued tips on how individuals who have examined optimistic for Covid-19 ought to deal with themselves from dwelling whereas the federal government scrambles to construct extra makeshift therapy facilities.

The islands’ renewed an infection surge comes as a shock after the federal government vaccinated greater than 60% of the inhabitants. Some 38,000 of the inhabitants was given the shot from Chinese state-owned agency Sinopharm and the rest acquired.

In the Seychelles, “most of the cases which have occurred are mild cases,” stated Kate O’Brien, director of immunizations on the World Health Organization on Monday. “The Sinopharm vaccine really requires two doses. And some of the cases that are being reported are occurring either soon after a single dose, or soon after a second dose.” 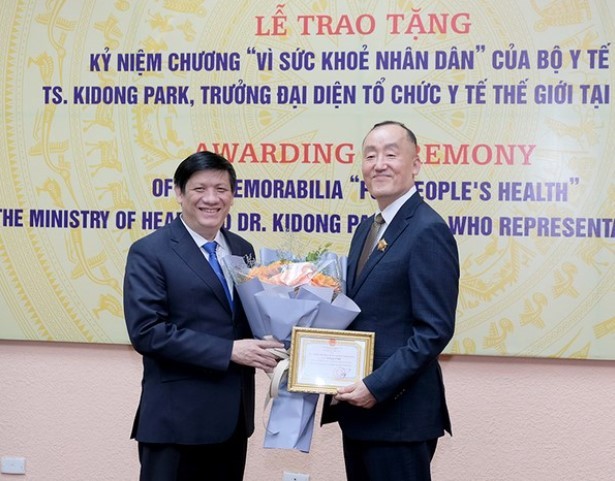