An art programme featuring traditional dances of Vietnam and the Republic of Korea (RoK) recently was held in the central province of Thua Thien-Hue to celebrate the 30th anniversary of the establishment of bilateral diplomatic ties (December 22, 1992-2022), Thua Thien Hue newspaper reported.

The traditional art performances with the theme Vũ khúc giao hòa (Dance of Harmony) performed by Hue and Korean artists have left various emotions and feelings to the spectators.

The event was jointly organised by the Hue Royal Art Theatre and the Gyeonggi Dance Company of the RoK.

The show is a part of the activity chain on the occasion of the 30th anniversary of Vietnam - RoK relations (December 22, 1992 - December 22, 2022) and the Winter Hue Festival 2022, attracting the participation of a great number of tourists and local people.

The artists from the two troupes in turn performed many typical performances, representing their traditional arts. The artists from the Hue Royal Traditional Art Theater played many chamber music songs such as “The Nostalgia for Hue Ancient Capital” (Vong kinh kỳ) or the royal songs including the dance of the Phoenix (Phung vu), Trinh tuong tap khanh, Luc triet hoa ma dang, Luc cung hoa dang, etc. All were performed in the background of Court Music, creating a joyful and elegant timbre.

Meanwhile, the artists from South Korea captivated the spectators with the dance performances classified as Korean intangible cultural heritages such as Sunsori Santaryeong dance, Tae Pyung Mu crane dance, Hanryanmu dance, or specially was the Daegeumsanjo dance choreographed by a group of female dancers in the Goryeo Dynasty (918 - 1392).

For the first time, the Hue Festival 2022 has been organised throughout the year with a series of attractive activities and events spread over four seasons.

The spring festival, from January to March, included the re-enactment of New Year rituals and a culinary event.

The autumn festival, from July to September, featured ancient villages, a boat racing in the Huong (Perfume) River, a lantern festival, and a kylin dancing festival, among other activities.

The winter festival, from October to December, is including a music festival and a countdown event on New Year’s Eve.

Debuted in 2000, the Hue Festival is held every two years, spotlighting the finest cultural values of the former imperial city of Hue.

With the theme “Cultural Heritage with Integration and Development” the Hue Festival 2022 is a golden opportunity for Thua Thien Hue to return to the new normal post pandemic. 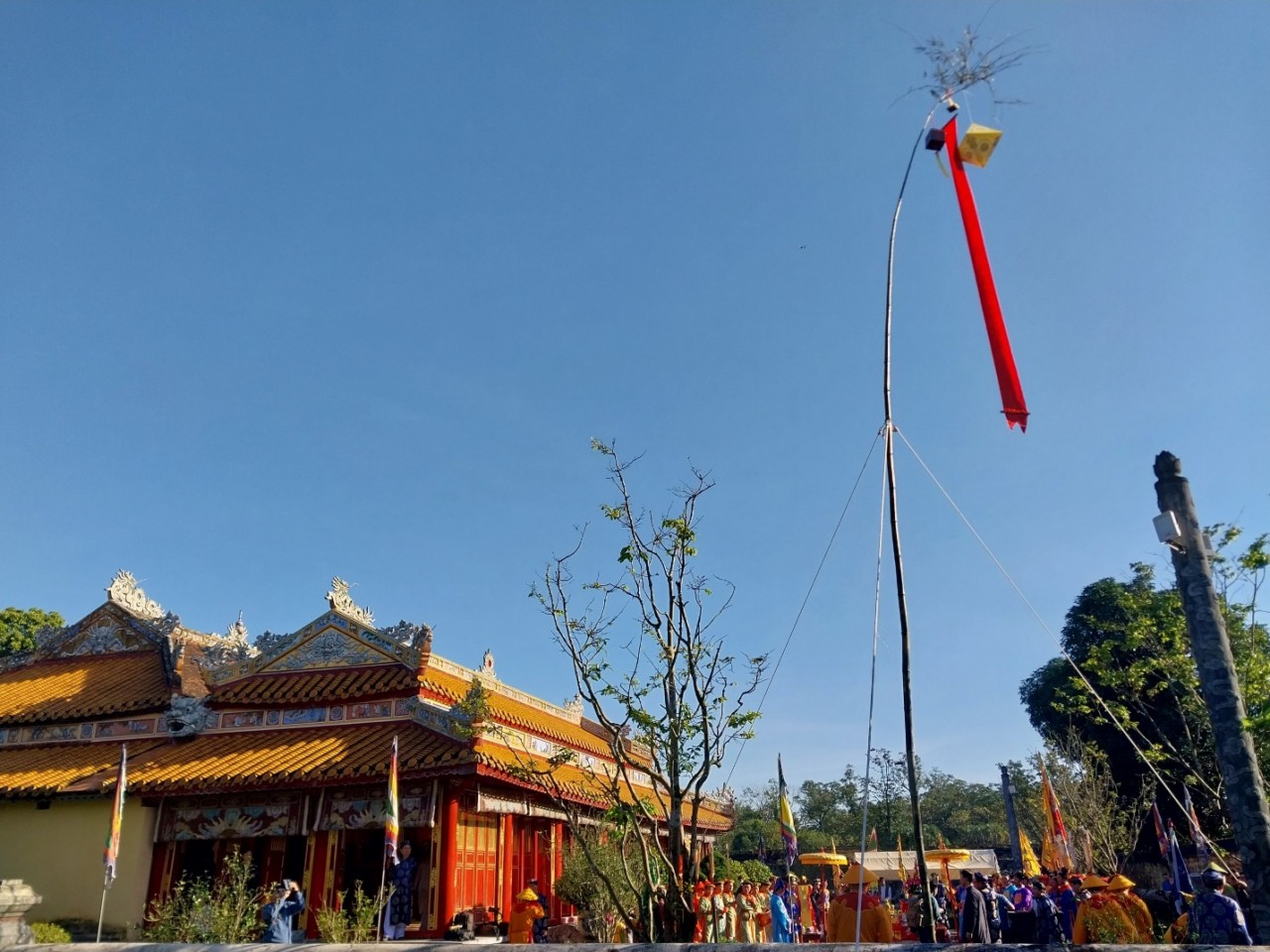 The Neu pole erecting ceremony, a traditional activity in the run up to the Lunar New Year festival, was re-enacted at the Hue Imperial Citadel.
January 16, 2023 | 08:22