The boy had a narrow escape as he fell out of the bedroom window from the fifth floor and was trapped on the third floor. The incident took place on Sunday morning at The K Park apartment building, Hanoi's Ha Dong district.

At around 10 a.m., residents of the building noticed a boy dangling on the fifth-floor window ledge before freely falling and trapped on the third floor. People at the scene rushed the wounded boy to the hospital and immediately called local authorities for support.

Phan Cao Dang, chairman of Phu La ward People’s Committee, said the boy only suffers a broken arm. The accident does no harm to his life.

“His family has just moved into the building for days. They have yet to install safety nets on the outer side of the window,” Dang added.

Earlier in March, a 2-year-old girl also miraculously survived a free fall from the 12th balcony of a high-rise in Hanoi. She was reportedly saved by a truck driver who rushed to the scene, positioned himself right underneath, and managed to catch her in his lap. The lucky baby girl was taken to a nearby hospital while the superhero delivery man suffered a slight sprain. The girl had a broken arm and leg and was discharged from hospital within several days.

The heroic act of the truckman had made national and international headlines, turning him into a celebrity overnight to his discomfort.

Last December, a 3-year-old boy in Thai Binh city, northern Vietnam, fell from the 8th floor of an apartment building and hit the roof of a house on the first floor. He miraculously survived.

Dang Thi Hong - a resident of the apartment building said that at that time while cleaning the goods, she heard a strong noise from her family's corrugated iron eaves. Looking up, Hong saw a small indentation of corrugated iron and broken porous pieces below. Hong called her children to get up the roof to see if anything had fallen. That was when she found a 3-year-old boy sitting on the roof sheet. She then frantically called for help and ask her neighbors to help bring the kid down.

The kid was then taken to Thai Binh Province Children's Hospital for emergency care.

According to people in block A of the Department of Finance apartment building, the location where the baby climbed out and fell off was about 25m above the ground. The fall made a hole in the iron sheet, broke a porous patch, bent the iron bar supporting the roof of the house on the 1st floor. The family of the child in distress lives in apartment 806 of the building. 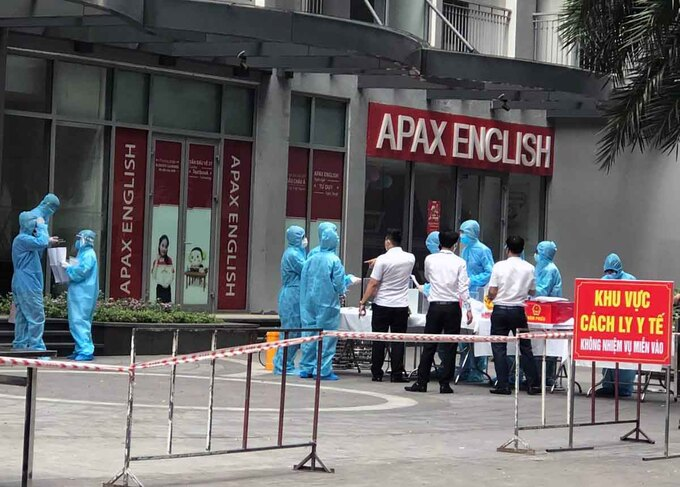 Apartment building in Hanoi locked down after Covid-19 case detected

An apartment building in Hanoi has been placed under lockdown after an 11-year-old boy tested positive for the coronavirus SARS-CoV-2.
May 24, 2021 | 09:00

Global automotive yield may fall 20% due to Covid-19

Leading auto industry analysis LMC Automotive said that the global automobile output is expected to reduce by more than 20% to around 71 million in 2020 due to the impacts of Covid-19.
April 28, 2020 | 17:14 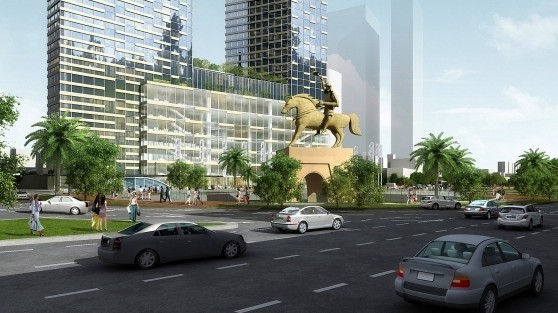 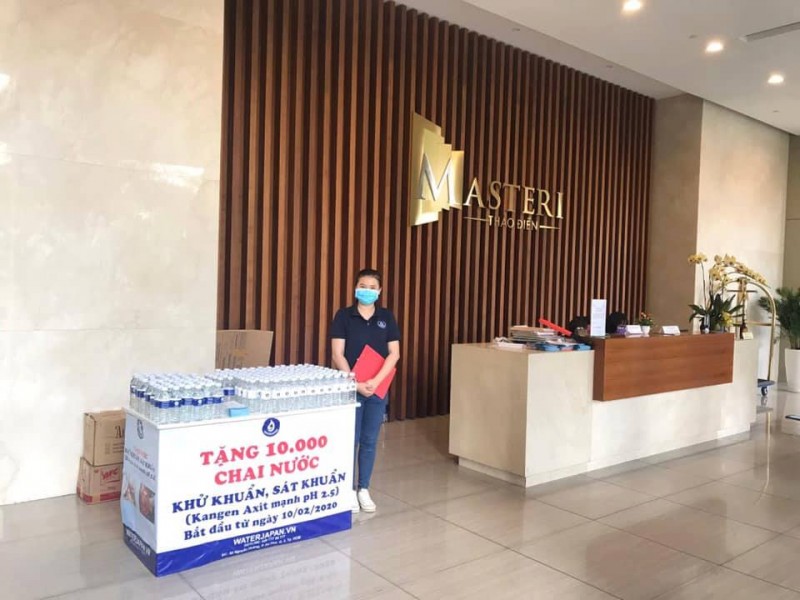 The Construction Department of Ho Chi Minh City has issued a document urging People’s Committees of 24 districts in the city to intensify epidemic preventive measures at apartment buildings amid the complicated development of the COVID-19 epidemic.
February 16, 2020 | 12:51