The discovery of horrific people smuggling crimes leaded to tragic deaths of 39 Vietnamese in the back of the truck on an industrial estate to the east of London shocked the world.

On Jan. 19, a Belgian court sentenced Vo Van Hong (45,, Vietnamese) to 15 years in prison after convicting him of being the ringleader in the trafficking of 39 migrants found dead in a lorry.

The victims include 31 Vietnamese males and 8 females, aged between 15 and 44, transported across the Channel in a sealed trailer. They arrived dead in Grays, Essex in October, 2019. The cause of death is examined to be suffocation and hyperthermia (overheating).

Vo was also ordered to pay a €920,000 (US $ 1.04 million) fine by the court in Bruges, while prison sentences of between 18 months and 10 years were handed to 17 others for their roles in conducting a large-scale smuggling operation between Vietnam and Britain.

In Belgium, Vo was one of 23 suspects - both Belgians and Vietnamese -- put on trial after a May 2020 police operation in which several addresses, most in the Brussels region, were raided and Vietnamese suspected of links to the gang were rounded up.

Most of the defendants were allegedly members of the people-smuggling ring. The remainder allegedly were accomplices, used as safe-house guards, grocery shoppers for the migrants or drivers.

Most of the victims were from Nghe An and Ha Tinh provinces in north-central Vietnam, where poor job prospects, environmental disasters and the promise of financial reward were reasons to seek a new life in the west.

Customs papers said the shipment contained Vietnamese biscuits. In reality, the victims were smuggled after paying nearly €25,000 (US $28,400) each to be transported to the UK.

One of the worst involving migrants in recent years

During earlier proceedings in Bruges, the court heard from Ann Lukowiak, a federal prosecutor, of the horrific scenes she saw in the back of the trailer when she travelled to Essex.

“What stays with me the most is a bloody handprint on the door of the container, a silent witness to what happened on that journey,” she said. “One couple has died in each other’s arms.”, cited from The Guardian.

Vo, who organized a total of 409 crossings to the UK and rented a safe house in Anderlecht, had the job of ensuring that those seeking to get to Britain arrived at the loading points and made their payments. He told those being smuggled to switch off their mobile phones before departure.

The convicts were arrested at various points in the year after the discovery of the bodies. Belgian, Vietnamese, French and British police forces were involved in the investigation.

In particular, the Bruges court convicted 11 people from Vietnam or of Vietnamese origin for allowing their property to be used as a meeting point, where documents or mobile phone sim cards for the victims were distributed.

Six taxi drivers, who took migrants largely from Brussels to meeting points, were also convicted, including their leader, a Moroccan man who the court heard continued these activities even after the events of October 2019.

He was given a seven-year prison sentence.

The convictions in Belgium, where the smuggling network had been based, followed that of Eamonn Harrison, 23, a lorry driver from Northern Ireland, and Gheorghe Nica, 43, the Romanian coordinator of the operation, who were found guilty of manslaughter at the Old Bailey in London in December 2020.

They were sentenced to 20 and 27 years in prison respectively. 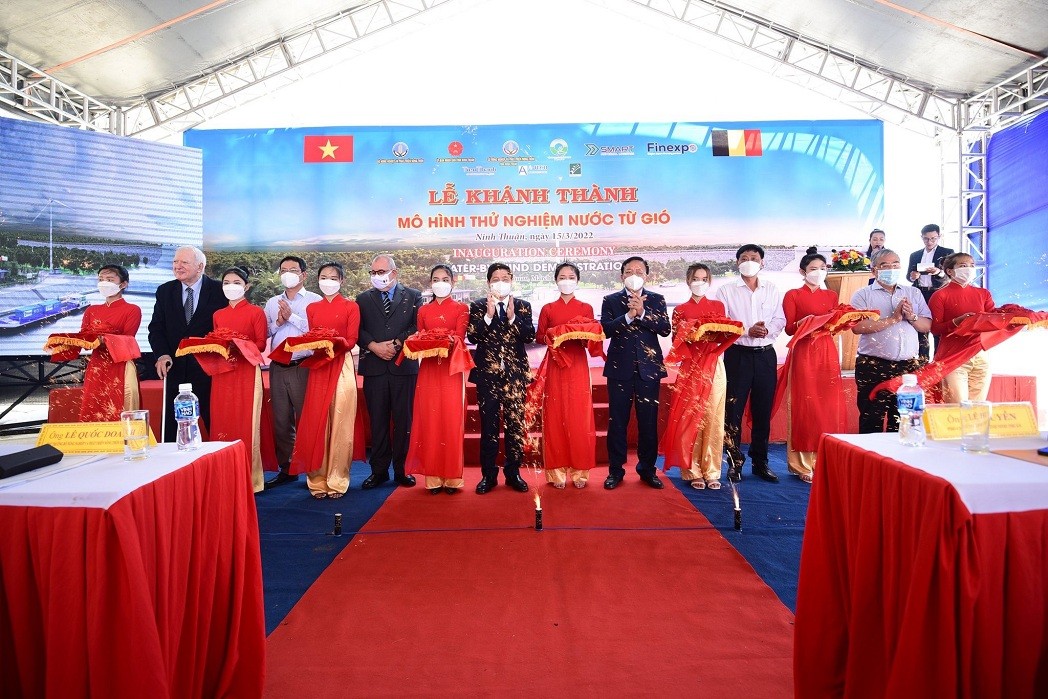 A water-by-wind demonstration model funded by the Belgian Government in the central province of Ninh Thuan will contribute to dealing with the water shortages for agricultural production and the daily lives of locals caused by saltwater intrusion in the South Cental Coast.
March 16, 2022 | 07:59 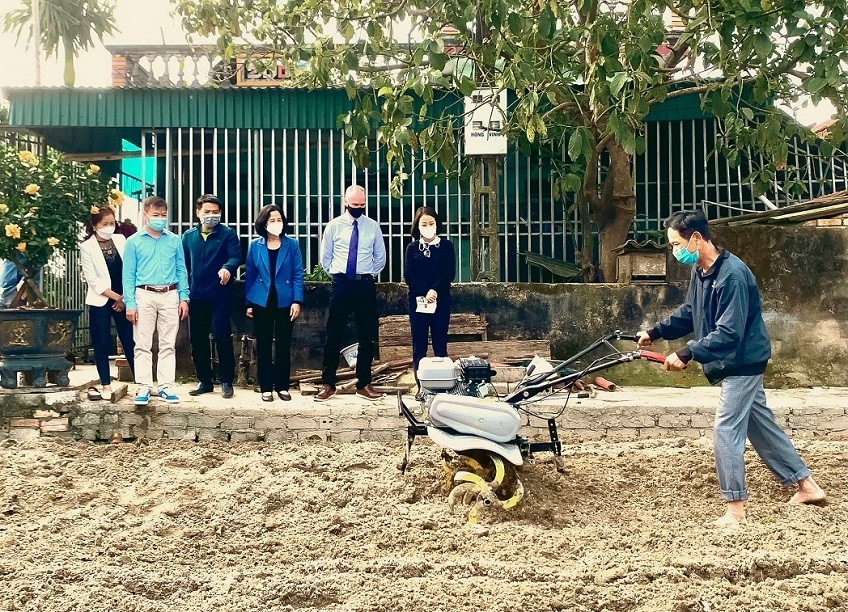 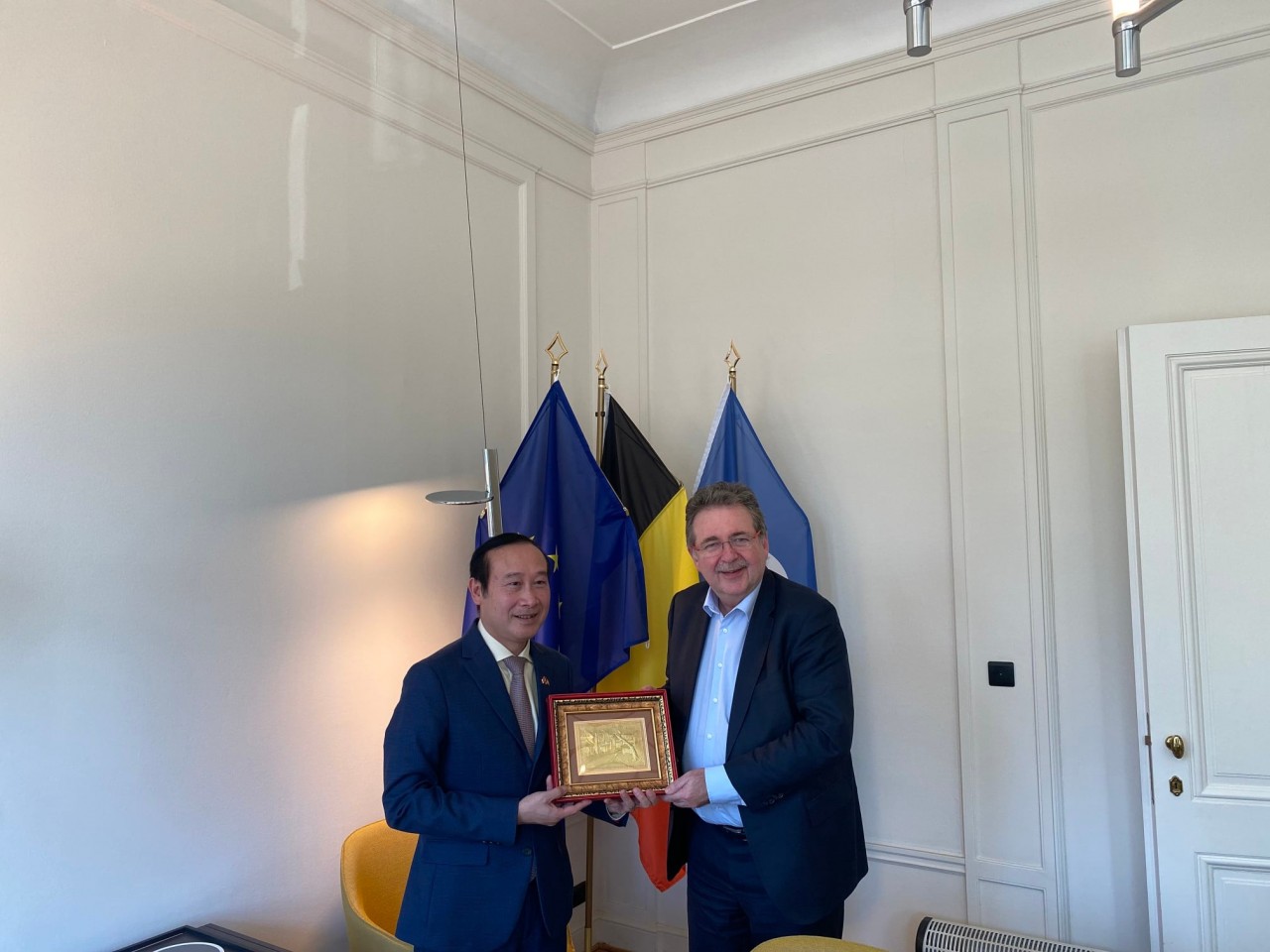