On the occation of the 110th year of Uncle Ho's departure for national salvation (June 5, 1911 - 2021), the Information and Communication Publishing House launched a photo book on this meaningful event.

On June 1, the Tre (Youth) Publishing House also published a map on the President’s 30-year journey.

In early May, a new book about President Ho Chi Minh compiled by Assoc. Prof. Bui Dinh Phong, a lecturer at the Ho Chi Minh National Academy of Politics, came to the public, highlighting President Ho Chi Minh’s revolutionary career, the close-knit relationship between his aspiration and content of documents adopted in the 13th National Congress of the Communist Party of Vietnam.

President Ho Chi Minh has become a great source of inspiration for not only Vietnamese authors and artists, but also their foreign counterparts.

On the occasion of the 110th anniversary of Uncle Ho's departure to find a way to save the country, the Truth National Political Publishing House in collaboration with the Vietnamese Association in Russia organized the translation and publication of the book "Activities of Nguyen Ai Quoc in the Soviet Union (1923-1938)." The book was introduced to Russian readers at the past 16th Saint.Petersburg international book exhibition.

The translation and introduction of Uncle Ho's works and books about him is expected to help spread the great values and thoughts of President Ho Chi Minh to Russian readers, especially the younger generation to further tighten the traditional relationship and warm friendship between the two peoples of Vietnam - Russia.

Nguyen Quoc Hung, vice president of the Vietnamese Association in Russia, said that the National Political Publishing House and the Association had agreed to choose Svetlana Glazunova, Vietnamese scholar and lecturer at Moscow State Institute of International Relations (MGIMO) translated the book "Activities of Nguyen Ai Quoc in the Soviet Union" (1923-1938)."

The work of translating the book was started by her nearly 2 years ago. The book contains a huge amount of information spanning 15 years, from the first time Nguyen Ai Quoc-Ho Chi Minh arrived and the time he was active in the Soviet Union. Therefore, to get an accurate translation, it is necessary to regularly look up and learn about the events that have taken place, associated with many foreign characters' names, historical places.

Nguyen Quoc Hung, vice president of the Vietnamese Association in Russia, who has participated in editing books, as well as translating a number of other books about Uncle Ho, said that this work should be continued.

“We need to continue to translate and disseminate Uncle Ho's works as well as books written about him, because it is like being able to continue and transmit his ideological, moral and spiritual values of President Ho Chi Minh. In particular, this is to let the younger generation continue the tradition, know the brilliant pages of cultural and historical dialogue between the two peoples and let our two peoples get closer together." - Hung shared.

Ho Chi Minh's career and thought are still a great lesson for every person in the current era. 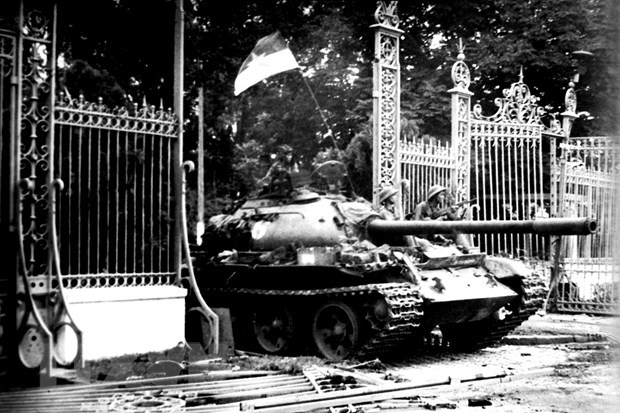