Stephan Cameron, the British pilot who is known as Patient 91 has shown signs of consciousness and moved his fingers after stopping sedation, doctors at Cho Ray hospital announced on Wednesday.
Jennifer Tran
May 28, 2020 | 10:05

He is set to undergo a chest CT-scan today (May 28) to evaluate the recovery of his damaged lung.

The first scan showed 90% of his lungs were damaged by virus infection, but his lung capacity was increased by 20-30% following the second scan about a week ago.

Doctors will hold a consultation with leading specialists on May 29 to figure out the next treatment for him. A lung transplant is believed to be the only solution to save his life unless his lung capacity is improved.

The 43-year-old pilot, hospitalized on March 18 is the most severe case in Vietnam so far.

The patient, who weighs 100 kg and 1.83 meters tall, is obese with a body mass index (BMI) of 30.1. He suffers from a blood clotting disorder and cytokine storm syndrome, an intense immune response where the immune system releases a lot of cytokines through the bloodstream which works against the body.

He was treated for the disease for two months and three day, including 46 days on ECMO before being declared free of the coronavirus on May 2, but the disease has devastated his immune system and resulted in multiple organ failures.

On May 22, he was transferred to Cho Ray Hospital after having received treatment at Ho Chi Minh city Hospital of Tropical Diseases.

He is now receiving treatment at the hospital’s intensive care unit awaiting the lung transplantation. 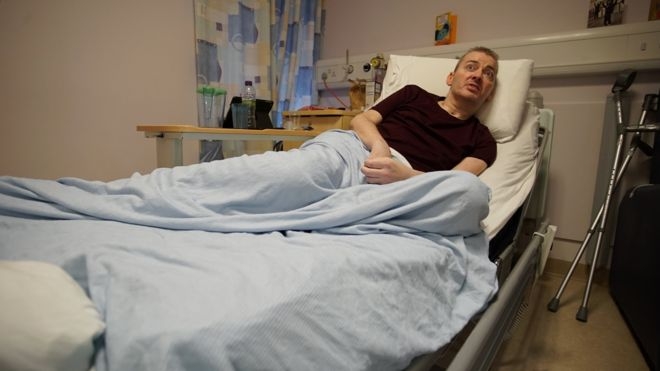 Stephen Cameron, one of the most critical COVID-19 patients in Vietnam who’s just recovered from the virus after months of treatment, urged people “not to be blasé” at the novel coronavirus as lockdown eases.
July 28, 2020 | 16:38 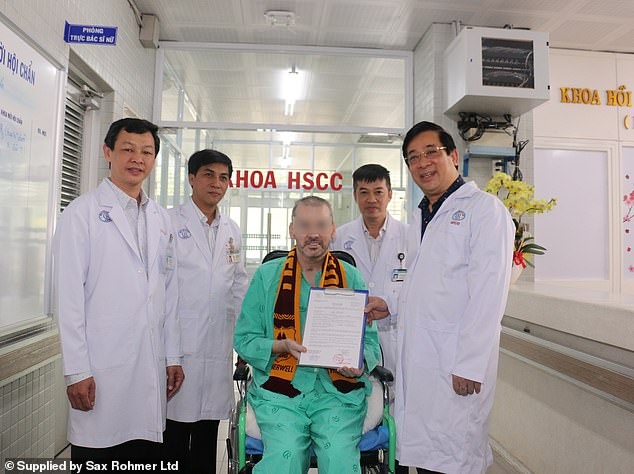 Reuters, ABC News, AP among other international news outlets have followed closely the path to recovery of a British pilot, Vietnam’s most critical COVID-19 patient from when he spent two months in a ventilator and planned to have double lung transplant to free of virus and healthy.
July 12, 2020 | 06:30 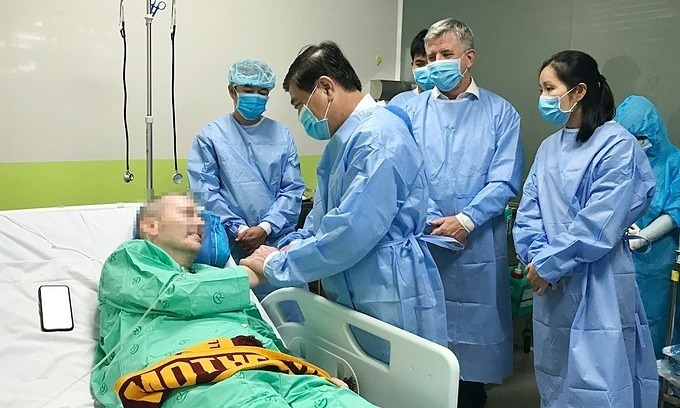 Covid-19 Briton pilot (patient 91) who has recovered and prepared to return home does not want to contact with media, take interview or photograph after being discharged from hospital.
July 11, 2020 | 12:42 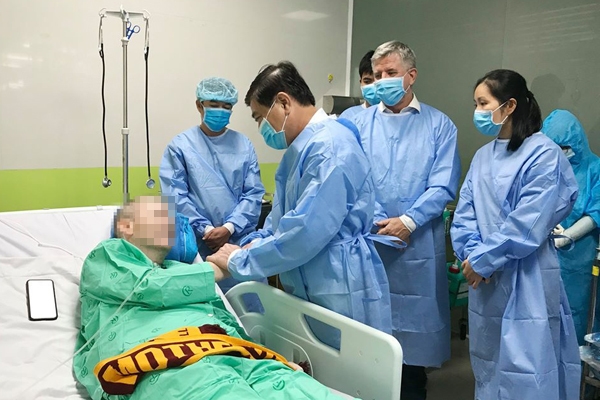 Stephen Cameron, known as Patient 91 in Vietnam has fully recovered his motor ability after over three months of treatment for COVID-19.
July 01, 2020 | 13:19