Somewhere in Japan, there is a beautiful and mysterious place called Goshiki-numa, a cluster of five volcanic lakes, which their incredible colours of water and characteristics charm all the tourists coming here.
Charlotte Pho
December 02, 2021 | 12:00

Goshiki-numa (五色沼), is a cluster of five volcanic lakes situated at the foot of Mount Bandai in the center of the lake district of Bandai-kōgen, Kitashiobara, Fukushima, Japan. Goshiki-numa formed when Mount Bandai erupted on July 15, 1888, destroying dozens of villages and killing approximately 500 people while creating hundreds of lakes and tarns.

"Goshikinuma" means "five-colored ponds," even though, according to the locals, the meaning of the name is not as literal as one might think. In reality, "goshikinuma" was simply an ancient way to refer to incredibly beautiful natural ponds. In fact, Goshikinuma includes thirty volcanic ponds, lakes, and marshes, each distinguished by their size, incredible colors, and unique characteristics.

Why is it called “Five-Coloured Ponds”?

The reason why the Goshikinuma Ponds have such surreal colors is also related to the volcanic eruption, when volcanic elements and minerals remained trapped in the water, allowing its bewildering variety of colors. This feature is further enhanced by the natural surroundings, with the changing seasons, weather, and time of the day providing even greater variation in shades.

In 1887, when Mt. Bandai erupted, generating a cascade of displaced earth and rubble that blocked in various places what had been a river, creating ponds and lakes.

From this, the mineraloid, allophane (consisting mainly of aluminum and silicon), leached into the newly formed lakes. The sludge at the bottom of most of the lakes contains this and other chemicals that give the water a distinctive deep blue tint that changes subtly with the sunshine. Furthermore, a combination of iron oxide and various kinds of plants and algae in the lakes produces a reddish tinge in some of the lakes. Each lake or pond, therefore, has a different, unusually vivid, color, which can change day-to-day or throughout the year, according to Japan Visitor.

There is an easy walkway between the Urabandai Visitors' Center and the Yudairayama district 3.6 km west on the shore of Lake Hibara. It takes the visitor past dozens of ponds (the "Five" are only the main ones), each with its own unique beauty. The hike takes just over an hour one-way.

The Goshikinuma trail is wheelchair friendly with a maximum gradient of 5% and planked in places.

Lake Bishamon-numa is the largest lake of the Goshiki-numa, a group of ponds and lakes in the Urabandai area, Fukushima Prefecture. You can enjoy a magnificent view from rental boats which are available at the lakeside hotel, Goshiki-so. Beautifully colored autumn leaves are also great to see.

Located on the Urabandai side, to the north of Mt Bandai, is the lake crater lying at an altitude of 1,120 m. It was formed by the 1888 eruption.

It is said to be one of the origins of the colors of the Goshikinuma ponds.

Between Urabandai Ski Resort and Akanuma Pond, you pass through a forest that was born out of a crater created by the eruption. Akanuma Pond is surrounded by a crater wall.

The rugged eruption walls and red-rusted rocks, the rising plumes of smoke, the occasional sulfur smell, and the greenery of red pine make you realize that the mountain is very much alive.

The mud on the bottom of the lake is red due to the presence of iron hydroxide.

This in turn gives the entire pond a reddish appearance.

When standing by Akanuma Pond, evidence of the dramatic collapse of Mount Bandai is apparent. The sheer cliffs are impressive. Although the pond is located away from the popular mountaineering course of Mount Bandai, a very wonderful landscape surrounds it.

Just a 3-minute walk from Akanuma is Midoronuma (深泥沼). Despite having a name that means “deep mud pond”, Midoronuma appears to have three contrasting colors in its waters: green, brown, and blue. Most of Goshikinuma’s ponds are blue, so the slightly unusual shades of Midoronuma will delight your eyes. This pond can be seen clearly from the walking path, and it's easy to find a good viewpoint, according to JR Times.

Just a short distance from Midoronuma, the next pond, Tatsunuma (竜沼), is best enjoyed during winter. From the main trail, Tatsunuma is mostly blocked by thick vegetation during the green season, so you cannot really enjoy the view.

However, when winter comes along, the leaves drop off the trees and reveal the true beauty of this pond. During winter, you can also join snowshoe hikes to get even closer to Tatsunuma. Against the sparkling white snow, the color of the water shines an enchanting turquoise blue, according to JR Times.

Being located up a hill from the trail, visitors can admire Rurinuma only from a wooden platform, so keep an eye out for it while you are on your way to the exit of the trail or you are likely to miss this wonderful pond. As the name "ruri" (lapis lazuli) suggests, this pond is blessed with a surreal turquoise color (thanks to the high content of allophane in the water) and dotted with beautiful golden reflections of the "yoshi" (Japanese reeds) growing on its shores, according to tsunagu Japan.

True to its name, which means “blue pond”, Aonuma (青沼) has water that appears an unbelievably bright blue. This fantasy-like color is mainly due to the presence of allophane—a compound made of aluminum and silica—which reflects light in a manner that makes the water appear bluer. The water also has a high amount of calcium and sulfate ions. Aonuma is the bluest of all the ponds at Goshikinuma, and there are benches for you to sit back and slowly enjoy the view.

Between Ao-numa and Yanagi-numa the path bends northwards, and after about 350 meters over a path blocked at several places by fallen trees, you get to the grave of Genmu Endo (1864-1934) who dedicated his life to replanting trees and thus re-greening the Urabandai area after the eruption. This quiet, mysterious clearing is dominated by a massive boulder at the far end with the gravestone of Endo shadowed in its base.

How to get to Goshikinuma

By car from Tokyo: Take the Tohoku Expressway. About 2 hours 40 minutes from the Urawa interchange you will reach Kōriyama junction. Change there to the Ban'etsu Expressway and head west. After about 20 minutes take the Inawashiro Bandai Kogen interchange north onto National Highway No.115. After about 20 minutes turn left onto Route 459 for Urabandai. The Urabandai Visitors' Center will be on your left. If you keep driving, you will arrive at the other end of the trail on the shore of Lake Hibara.

By train from Tokyo: Take the JR Tohoku Shinkansen to Koriyama Station (about 1 hour 20 minutes from Tokyo Station). Change to the rapid service train of the JR Ban'etsu West line ("Ban'etsu Saisen" in Japanese) and take the approx. The 25-minute ride to Inawashiro Station (猪苗代駅). Then take an Aizu bus about 30 minutes to the Goshikinuma-iriguchi bus stop. (Just tell the driver, "Goshikinuma.") Note that the bus ride (720 yen one way) is not covered by the Japan Rail Pass. 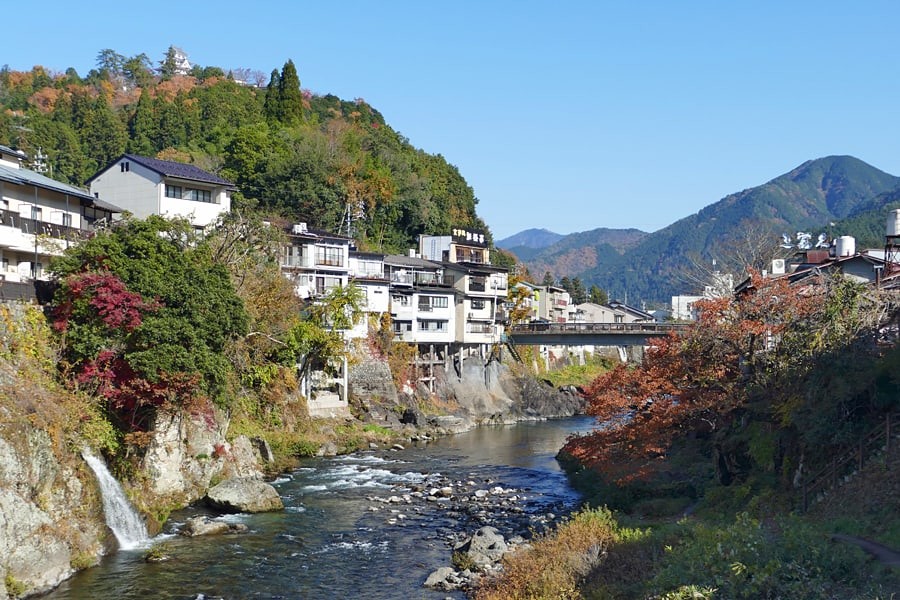 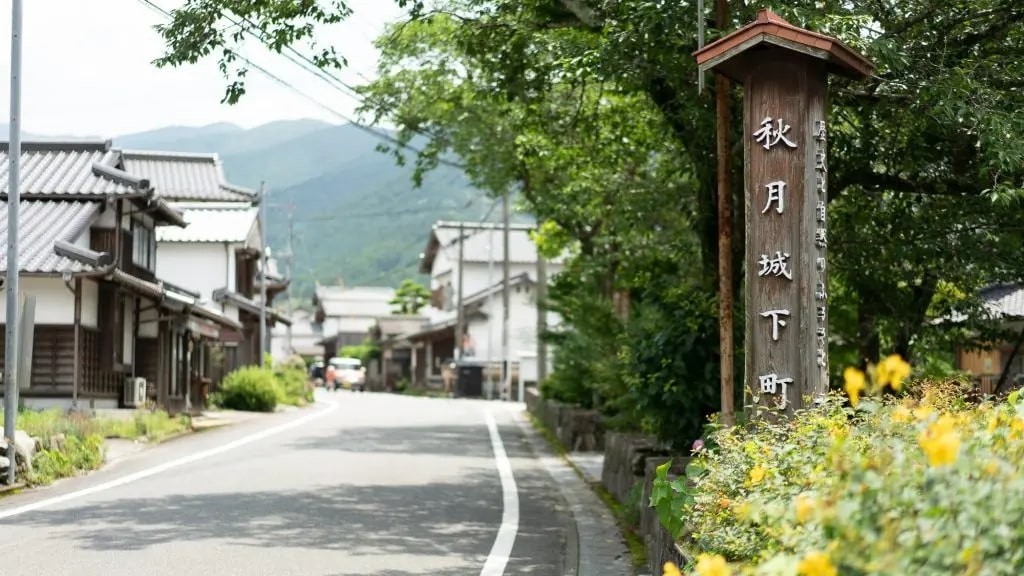