The dollar exchange rate today has slightly moved downwards. According to analysts at Rabobank, the US dollar could continue to benefit on the coronavirus panic while the euro might suffer from downside pressure.
Candy Lee
April 09, 2020 | 11:29

The USD to Euro exchange rate today closed at 0.94. According to analysts at Rabobank, the US dollar could continue to benefit on the coronavirus panic while the euro might suffer.

In the years since the global financial crisis the amount of USD-denominated debt issued by foreigners has increased and, as the Asian savings glut has expanded, so too has demand for USD assets. This has affected the dollar exchange rate. The panic buying of USDs in recent weeks has been subdued by the actions of the Federal Reserve and its huge step up in the provision of USDs. That said, with economic data only beginning to show a glimpse of the downturn that lies ahead, it is quite likely that the crisis for the dollar exchange rate will be playing out for some time. Consequently we expect to see further bouts of USD demand in weeks and months ahead.

The EUR held up relatively well against the surging USD in March. This may be related to the Eurozone’s large current account surplus and the likelihood that EUR based investors liquidated positions in high risk currencies.

The USD to CAD exchange rate today closed at 1.45 as optimism in the global markets support riskier assets like the Canadian dollar. Canadian dollar gains ground amid risk on mode In the markets. Earlier, the U.S. dollar tried to rebound, and the U.S. Dollar Index is still above the 100 level.

The USD to AUD exchange rate today closed at 1.74. Aussie has clawed back nearly 50% of Jan-March sell-off. The Australian dollar initially pulled back a bit during the trading session on Wednesday, but turned around to show signs of strength. At this point, the market breaking above that level and the 61.8% Fibonacci retracement level which is just above there could send the Australian dollar much higher.

Cross rate between two currencies different from the U.S. Dollar in the United States 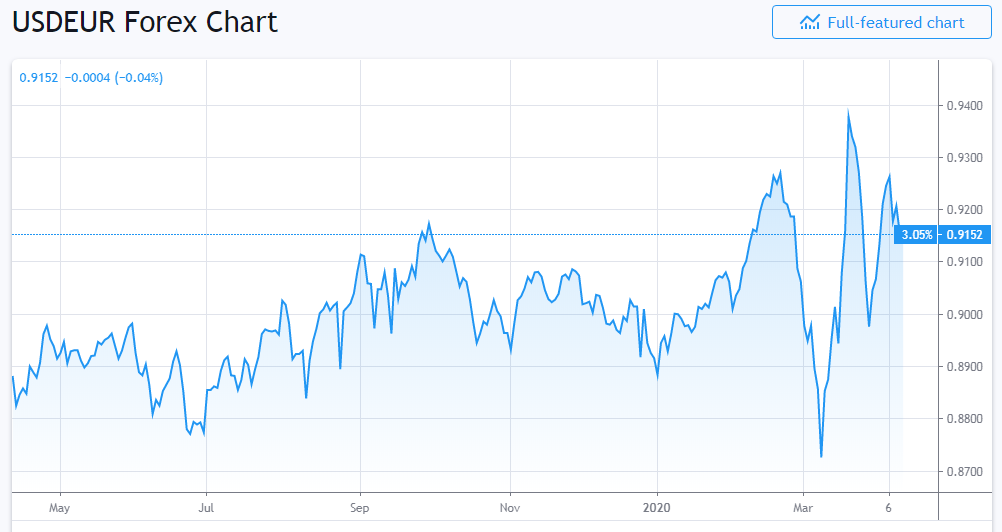 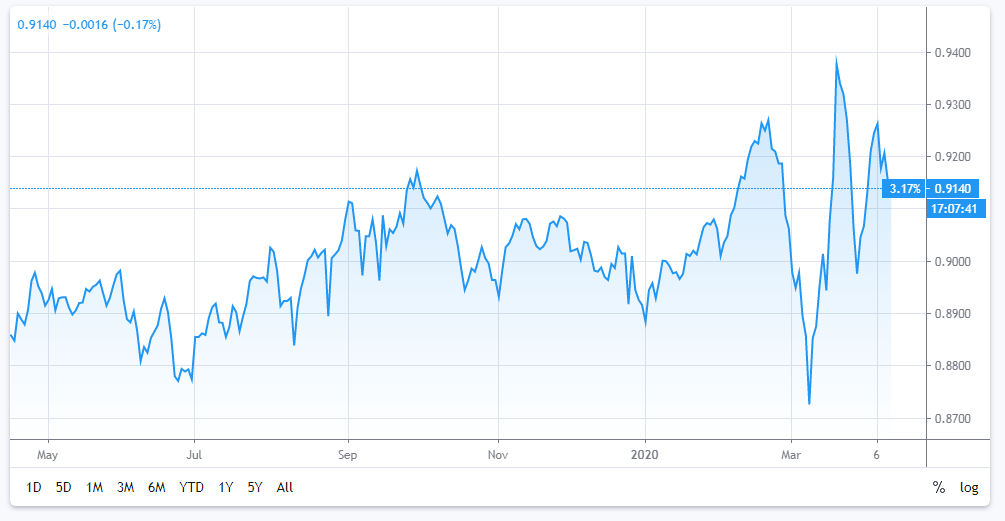 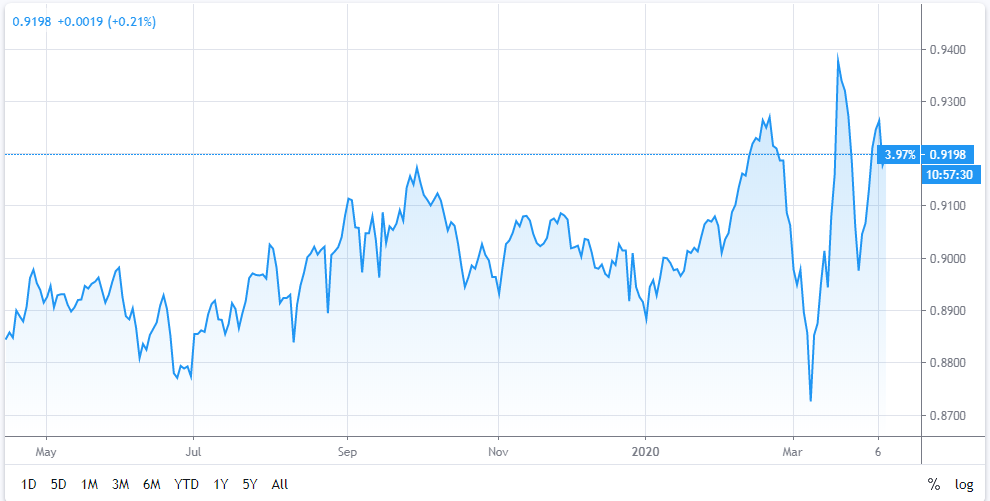 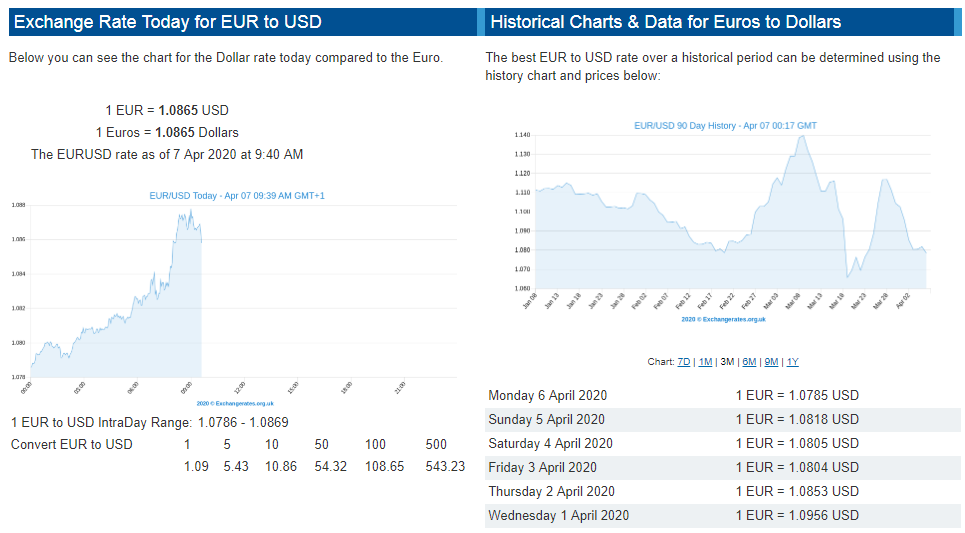 Dollar exchange rate today: USD seems to be rallying on up-days in the stock market