Four universities have been included in the 2021 Best Global Universities rankings put out by the US News & World Report, two of them for the first time.
Rosy Huong
[email protected] October 28, 2020 | 07:32

Four Vietnamese universities have been included in the 2021 Best Global Universities rankings put out by the US News & World Report, two of them for the first time.

The former jumped 11 places from last year to 949th while the latter fell 95 places to 1,271st, VnExpress reported.

Ton Duc Thang University in HCM City and the Hanoi University of Science and Technology made it for the first time, coming in at 623rd and 1,356th.

The annual ranking, now in its seventh year, is considered the most comprehensive assessment of research universities globally.

It measured 1,500 universities from 86 countries and territories based on 13 weighted indicators including global and regional research reputation, publication record, extent of international collaborations, and impact of its citations.

This year the top 10 schools are either American or British.

Vietnamese universities have enhanced their reputation in recent years by being consistently listed in world rankings.

The Hanoi and HCMC branches of the Vietnam National University were also listed among the top 1,000 universities in the 2020 rankings last February by British firm Quacquarelli Symonds.

In August, the Academic Ranking of World Universities (ARWU) also announced the ranking of the world’s best universities in 2020, and Ton Duc Thang University was the only Vietnamese university to make the list. The university was ranked in the Top 701-800 globally, an increase of at least 200 notches compared to the 2019 rankings, VOV said./. 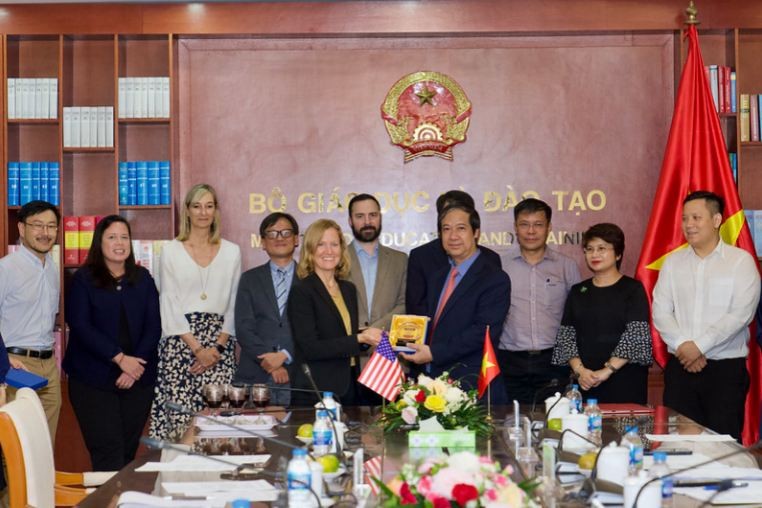 USAID and Vietnamese Ministry of Education and Training signed the first MOU to expand cooperation on improving quality of higher education
September 12, 2022 | 15:55