Gold price today July 28: May not stop increase until hitting $4,000

As gold price set an all-time high since 2011, surpassing $1,920 an ounce, analysts forecast the momentum would continue to $4,000 an ounce, Kitco cited Frank Holmes, CEO of U.S. Global Investors saying, basing on his prediction on the effects that monetary stimulus had on gold during the last recession.
VNT
July 28, 2020 | 09:14

Although gold has already breached all-time highs in several foreign currencies, this is the first time since 2011 that the yellow metal has seen new highs in U.S. dollar terms, according to Kitco.

In 2011, gold did not consolidate around the peak and form a plateau; rather, the metal retraced almost immediately, beginning a long-term bear trend that troughed in December 2015.

This pull-back from the highs of nine years ago needs to also be taken into context; September 2011 was already three years past the start of the last Great Recession, and gold was already in the final innings of a three-year bull rally that started in November 2008, at the beginning of the economic downturn.

Since 1979, there have been five recessions, including the current one that started in February 2020, as designated by the National Bureau of Economic Research (NBER).

It’s important to note that gold did not rally during any of the prior four recessions, and only saw a bull market manifest after the end of two recessionary periods: 2001 and 2008-2009, as can be evidenced in the chart below.

The chart above shows the Federal Reserve funds rate (blue line), plotted next to the gold price (orange line). From 1979 to 2008, gold and the Fed funds rate moved in lockstep; as interest rates saw a long-term secular decline from the late 1970s to the mid-2000s, so too did gold follow this downtrend. The multi-decade bear cycle in gold prices bottomed in the early 2000s and steadily rose in tandem with rising interest rates until 2007.

The first deviation between gold and interest rates occurred in 2008, when the start of the recession prompted several rounds of quantitative easing, bringing interest rates to near zero, where rates remained until they were hiked in late 2015. During this period of dovishness from the Federal Reserve, which brought rates down to a level never before seen, gold continued to rise until it reached its peak in 2011.

What set the 2000s apart from prior decades was sharp rises in gold prices that followed drops in interest rates, once in 2008, and more recently this year as the COVID-19 pandemic broke out.

Many analysts attributed this unusual pattern to record levels of monetary stimulus.

He noted that while the Fed has already set records on the level of monetary stimulus injected into the economy, quantitative easing will not stop until the central bank’s balance sheet surpasses $10 trillion .

“This is going to cost the U.S. government approximately $10 trillion in fiscal and monetary policy to get the economy back, so I think that number you’re seeing after 2008, 2009 after Lehman Bros. went bankrupt, you saw the balance sheet expand from $1 trillion to $3 trillion. I think it’s got to hit the overall $10 trillion,” he said.

Holmes is not alone in his long-term bullish forecast. Dan Oliver, founder of Myrmikan Capital, sees prices headed to $10,000 an ounce.

“The Fed, as you know, has been on a massive purchasing spree because of the virus situation, and so therefore the equilibrium price of gold is going up commensurately, and so the numbers now to balance that balance sheet are enormously high,” Oliver said in an interview. “My [forecast for gold prices] has changed. I’m at $10,000 now.”

The report doesn't name the forecaster(s), but it does cast doubt on the likelihood of their projections materializing in a way that is useful for investors. The report sums it up as follows:

[...] these gold bulls have been predicting since at least the 1970s that economic and financial excesses would lead to a global financial collapse and gold prices rising to $5,000, $10,000... whatever. They have been wrong on their economic outlook and their gold price projections for nearly half a century. At what point does one say to oneself, "Maybe I should stop listening to people who have been wrong for 30, 40, 50 years.?"

In other words, with gold just having smashed a record we can expect exuberance. Still, excessive forecasts should be dismissed as useless as the basis for a long-term investing strategy.

What might happen, in an extreme example, is that gold hit $10,000 an ounce fleetingly before falling back swiftly, says Jeff Christian, managing partner of CPM Group.

That's a huge percentage drop in price for a single day.

In short, what he is saying is that yes we could reach a really high gold price, but it will likely be gone in a New York minute.

What Can You Reasonably Expect?

First, it's important to understand that when an all-time high gold price gets breached, we can expect a significant further rally.

"Every time we did that, the price went well beyond it and it then it got very speculative," says George Milling-Stanley, chief gold strategist at State Street Global advisors.

In simple terms, the current rally will continue onwards in a normal way, before it starts to turn into a speculative rally. Such speculative phases or spikes often mark the end of the run-up. The 1980 incident would be a good example of that.

Milling-Stanley sees the price first going beyond $2,000 an ounce.

Similarly, Ross Norman, CEO of MetalsDaily.com forecasts that the price would reach a high $2,080 this year.

That's a far cry from the $10,000 some see coming. Norman says for such prices to materialize the world would need to be in a much worse state than it is currently.

"Clearly for those living at the extreme end of the forecasts then they envision a world quite different than the one we are living in now," he says. "And I just don't see that now." overheated in the short-term. 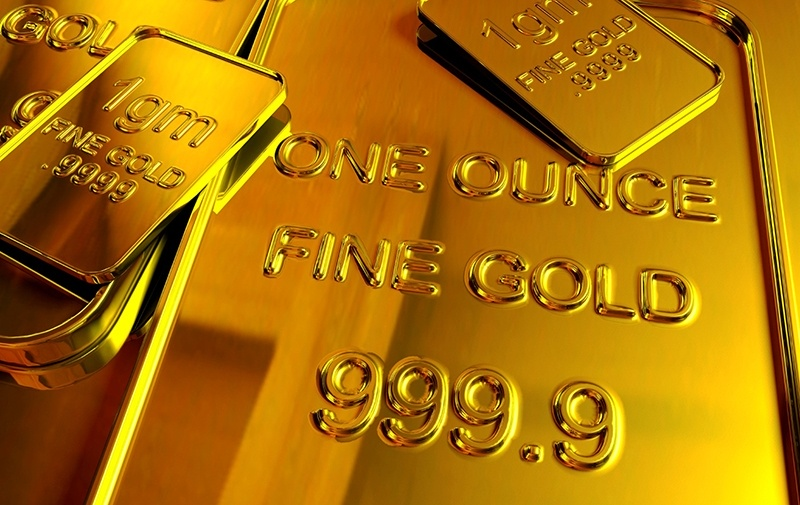 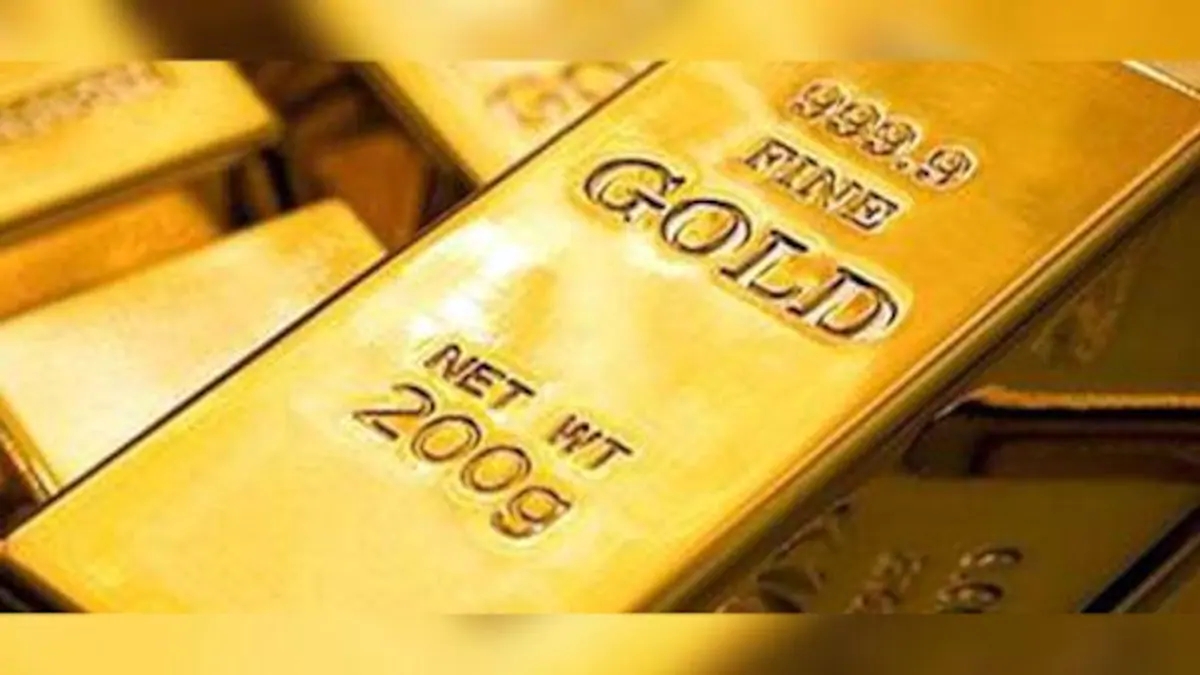 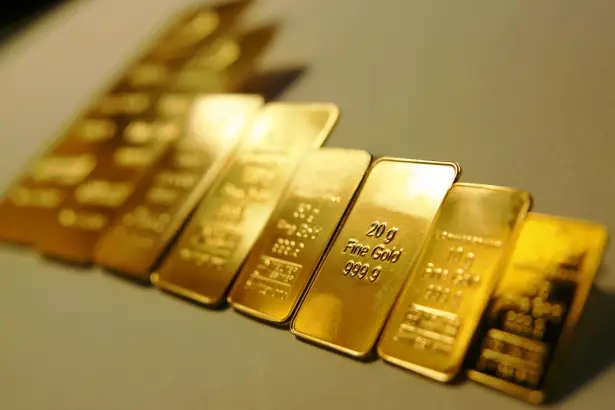 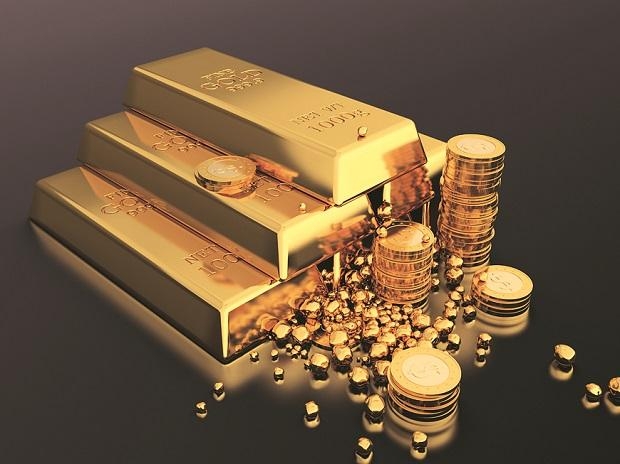