In modern life, on the holidays, especially Tet, people of the capital in recent years tend to find somewhere to visit rather than stay home.

People's demand haven't not been met

In recent years, in big cities as Hanoi, young people tend to choose to go out in Tet. In Tet, people get a long break, have time to relax after a busy and stressful working year. However, in the city, it's hard to find entertainment facilities, not meeting the needs of the current entertainment service. Hanoi currently has Ho Tay Water Park, Thien Duong Bao Son Park, which are two outdoor integrated entertainment areas, with relatively modern games. However, Thien Duong Bao Son's scale is rather small compared to Vinpearl Land (Nha Trang) or Dai Nam (Binh Duong). Ho Tay Water Park is outdated, degraded, and only mainly served in the summer.

Due to the lack of entertainment sites, before the Covid-19 pandemic, many Hanoi people chose to travel to other provinces or cities or abroad. Many families and schools have had to bring their children to amusement parks with adventure games, sometimes even not designed according to common standards.

In the past, Thong Nhat Park and Thu Le Park used to be an attractive destination for children, not only in Hano. But in the last decade or so, the old monotonous and old games in parks have not attracted enough young people. Another sad fact is that many of the existing attractions are in ruins. In addition to degraded, damaged, and unsafe for children, these playing points have also been repurposed, losing their original meaning.

The representative of the Hanoi Department of Planning and Architecture said that the policy of building parks of regional and international standards has already been issued. Accordingly, since 2014, Hanoi has approved the planning for the system of green trees, parks, flower gardens, and lakes to 2030.

In April 2020, the People's Committee of Hanoi approved the complete detailed planning of Ho Tay Water Park and Ho Tay Sun Park. The goal is to create a highlight in the land adjacent to West Lake, a cultural, modern, and impressive destination to visitors. Detailed planning of turning 44.4ha of land in Quang An ward, Tay Ho into a thematic cultural art park, entertainment area, and spiritual-cultural park was also issued.

In addition to the socialization projects, many localities also want to actively build large-scale parks to serve the people. Secretary of Long Bien District Party Committee Duong Hoai Nam said that Long Bien district has an important geographical position in the Northeast of the capital, with rapid urbanization speed.

According to the former Secretary-General of the Association of Cities of Vietnam - Professor Architecture Nguyen Lan, although the plan already exists, due to lack of capital or some other reasons, many park projects have not been implemented for many years. He said that Hanoi should early call for invest in big parks such as Disneyland Resort, DreamWord,... 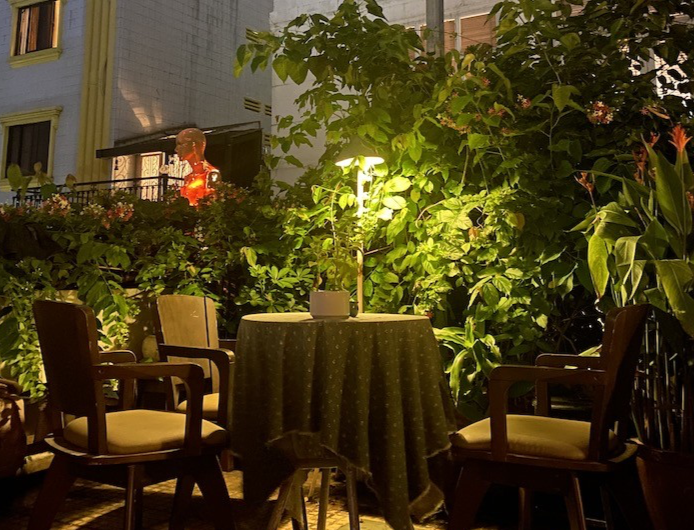 Serene Hideouts in the Middle of a Hectic Saigon

Follow in the footsteps of VietnamTimes writer Zoey Nguyen and her quest to find green spaces admist in the sprawling streets of Saigon.
June 08, 2022 | 21:08