The Chairman of the Kyowakai Medical Corporation of Japan, Kiso Kenzo, was bestowed with the honorary citizenship of the central city of Hue city on June 29th.

The Chairman of the Kyowakai Medical Corporation of Japan, Kiso Kenzo, was bestowed with the honorary citizenship of the central city of Hue city on June 29th.

The honorary citizenship is a title for foreign nationals with enormous contributions to and special sentiment towards the city.

Kiso Kenzo said he always has special love for Hue and is proud to receive this honour. He affirmed that with his experience and knowledge, he will continue to make more practical contributions to the city in the time ahead.

Over the last couple of years, the Kyowakai Medical Corporation, Kiso Kenzo and his colleagues have carried out many investment cooperation activities in Hue.

Notably, as Chairman of the Kyowakai Medical Corporation, he has made efforts to promote the establishment of friendship and cooperation between Hue and Sasayama city of Japan.

On April 2nd, 2018, the two cities signed an agreement on setting up bilateral friendship and cooperation./. 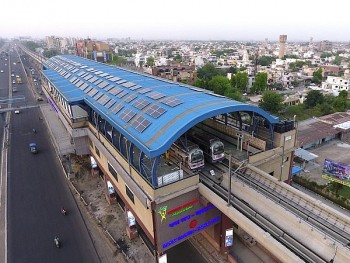