On October 2 dawn, hundreds of boats set sail to "pick up and take" the Whale God (Nghinh Ong) ashore to start the worshipping rituals, praying for good fortunes.

The festival is observed under the belief that whales rescue people that are in danger at sea and are a symbol of good fortune to bring them a prosperous fishing season.

Once welcoming the Whale God home, the festivals proceed with other many rituals, such as praying for the Whale God, for a fruitful year and the well-being of the fishermen and other residents.

The procession gets underway on many streets in Vung Tau city. Vung Tau residents hold the Whale God in high esteem, they offer the holy creature heartfelt and sacred worshipping rituals.

The Nghinh Ong festival has been recognized as one of the nation's 15 largest festivals by the Ministry of Culture, Sports and Tourism.

Even foreign visitors looked all excited at the sacred rituals and the festive atmosphere. 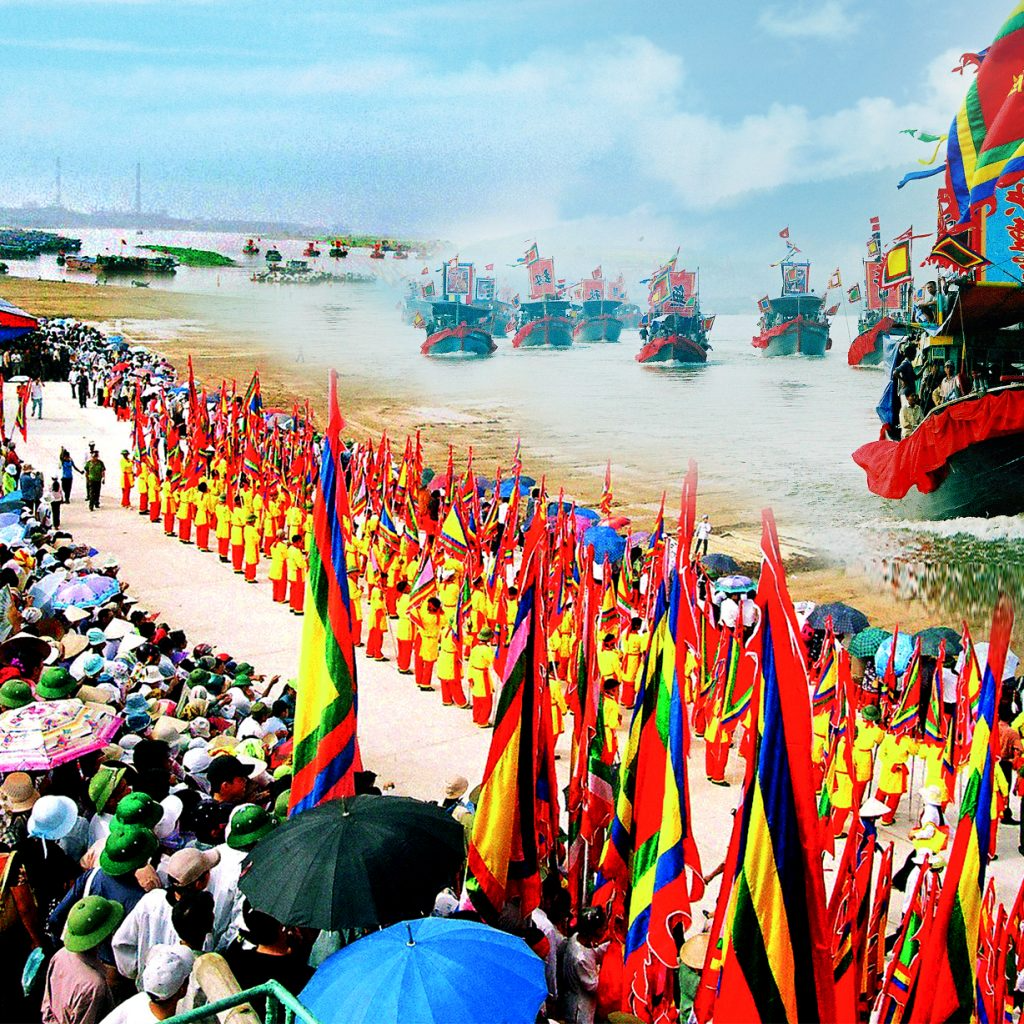 The Nghinh Ong Festival, which is held on February 14-15 in the Lunar calendar annually with aim the to honor and praise the whale, or (Sir Whale) has recently been recognized as National Intangible Cultural Heritage.
March 29, 2021 | 17:35