Scientists at the India Council of Medical Research (ICMR)’s National Institute of Virology (NIV) Pune are training experts from Vietnam and other countries to tackle the new threat of monkeypox.

“ICMR- NIV, Pune has been conducting such training programmes for other countries from time to time, like we did during the Covid pandemic time and even before for biosafety and biorisk mitigation. If these countries develop the capacity to diagnose and detect monkeypox cases in their own countries, then that would enhance the screening of the suspected cases and reduce the travel-related importation of cases to other countries. In our last capacity-building programme which was held on Monday, around 139 participants from various countries participated," Dr Pragya Yadav, senior scientist at NIV, Pune said, as cited by Mint Daily.

Monkeypox is characterised by fever with an unexplained acute rash all over the body. Other symptoms include headache, swollen lymph nodes, muscle and body aches, back pain and profound weakness.

Last week, the institute at the apex NIV lab isolated the monkeypox virus strain to help pharmaceutical companies to develop monkeypox vaccine and diagnostic kits. Besides this, the institute has been designated as a referral laboratory for testing suspected cases. In addition, 15 other ICMR-VRDL (Viral Research and Diagnostic Laboratory) network laboratories have been optimised to undertake diagnostic testing for monkeypox disease.

Meanwhile, the centre has constituted a national task force to monitor the development of diagnostics and vaccines. The union government has instructed airport and port health officers to remain vigilant and undertake rigorous health screening of incoming international passengers.

More than 80 countries where monkeypox is not endemic have reported outbreaks of the viral disease, which the World Health Organization has declared a global health emergency, as confirmed cases crossed 26,500 and non-endemic countries reported their first deaths, according to Reuters.

So far, India has reported nine cases of monkeypox. While five cases are reported in Kerala and three cases were detected in New Delhi.

The Vietnamese Ministry of Health has asked localities nationwide to monitor foreign arrivals from countries with monkeypox as an early response after infections were spotted in the region, VietnamPlus reported.

Thailand, Singapore, the Republic of Korea, China and Japan are some of the countries where monkeypox has been detected.

Per the latest decision, foreign arrivals from countries with monkeypox will have their body temperatures checked and be subject to other monitoring measures. Those suspected to be infected with the condition will be isolated and have their biological samples taken for testing.

The ministry is yet to issue specific instructions on how foreign entrants from countries with monkeypox should be monitored, or when exactly these measures are to be applied. Vietnam has not recorded any monkeypox cases so far.

Last week, Ho Chi Minh City proposed that foreign arrivals are asked to complete medical declarations at the border as one of the anti-monkeypox measures.

Besides screening measures at the border, the ministry has also requested monitoring at different health facilities and added vigilance at certain events in the community./. 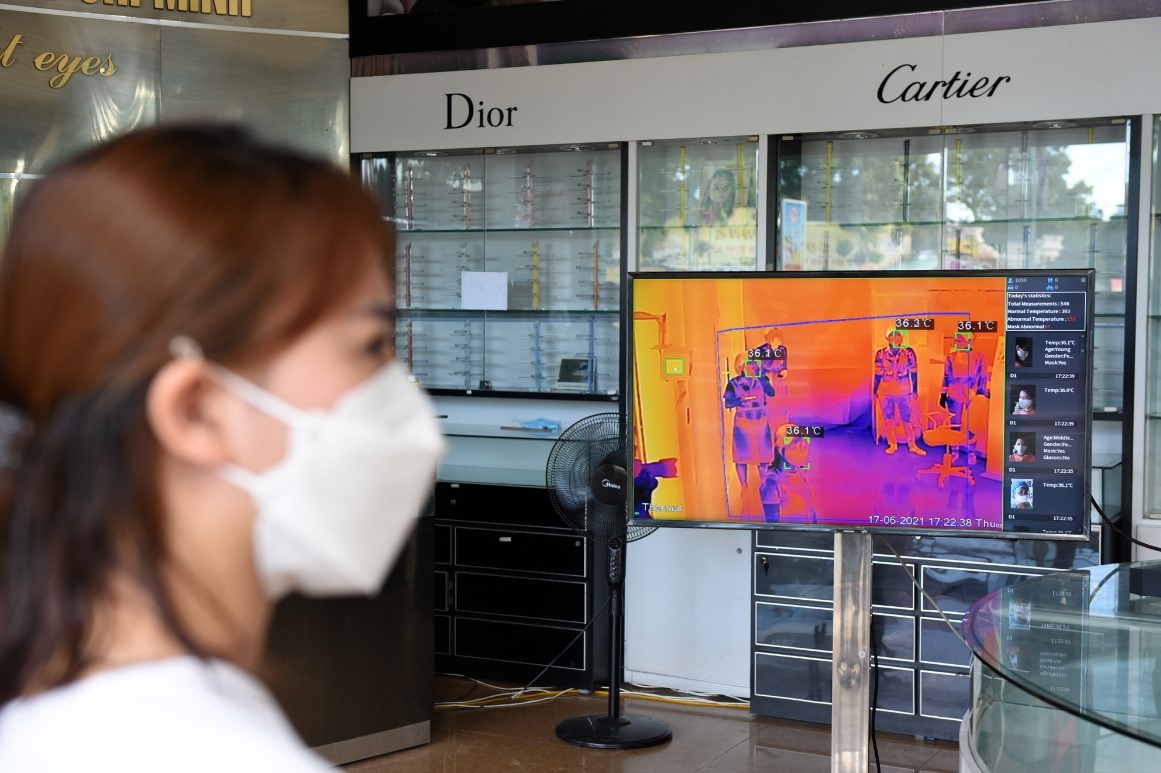 In order to avoid concurrent outbreaks and to protect the public health amid complicated development of monkeypox, the Ministry of Health on August 22 issued temporary guidelines.
August 23, 2022 | 15:17