Vice President Joe Biden has officially clinched the 1,991 pledged delegates he needs to be the Democratic Party's nominee, according to the USA today
Malie Nguyen
[email protected] June 06, 2020 | 18:24

Biden reached the threshold three days after the primaries because several states, overwhelmed by huge increases in mail ballots, took days to tabulate results. Teams of analysts at The Associated Press then parsed the votes into individual congressional districts. Democrats award most delegates to the party’s national convention based on results in individual congressional districts.

“It was an honor to compete alongside one of the most talented groups of candidates the Democratic party has ever fielded,” Biden said in a statement, “and I am proud to say that we are going into this general election a united party.”, reported the Guardian

Though Biden has been the presumptive nominee for months, his primary victories in states across the country on Tuesday helped him secure the 1,991 unpledged delegates necessary to win the nomination. His rival, Bernie Sanders, who exited the race in April, is still collecting delegates in an effort to influence the party’s platform at its August convention, added the Guardian

In his remarks after winning a majority of delegates in the Democratic presidential primary, Biden said this is a difficult time in America's history and Trump's angry, divisive politics is no answer.

Biden also said “We need an economy that works for everyone — now. We need jobs that bring dignity — now. We need equal justice — and equal opportunities — for every American now. We need a president who cares about helping us heal — now,” stated the economictimes

Biden now has 1,993 delegates, with contests still to come in eight states and three U.S. territories.

According to the global news, Black voters are unlikely to back Trump over Biden by a wide margin. A recent Fox News poll shows just 14% of African Americans who are registered to vote to have a favorable opinion of the president compared with 75% who favorably view Biden.

But Biden must ensure that black voters are motivated to show up to the polls in November, especially in critical swing states that narrowly went for Trump in 2016.

Biden prevailed by mostly offering more moderate approaches that he argued would make him more electable against Trump.

Since clinching the nomination, however, Biden has worked to build his appeal among progressives, forming joint task forces with Sanders’ campaign to find common ground on key issues like health care, the economy, and the environment. Biden has also embraced a plan to forgive millions of Americans’ student debt, meaning that he clinches the nomination as easily the most liberal standard-bearer the Democratic Party has ever had, revealed the global news

He finished an embarrassing fourth place in the overwhelmingly white Iowa caucuses that kicked off the nomination process in February. Biden fared little better in the New Hampshire primary, where his standing was so low that he left the state before polls closed on election night to instead rally black voters in South Carolina.

His rebound began in the more diverse caucuses in Nevada but solidified in South Carolina, where Biden stomped Sanders, his nearest rival, by nearly 29 points. He followed that with a dominant showing three days later during the Super Tuesday contests, taking 10 of the 14 states, said the globalnews

Biden spent 36 years in the Senate before becoming Barack Obama’s vice-president. This is 77-year-old Biden’s third bid for the presidency and his success in capturing the Democratic nomination was driven by strong support from black voters. 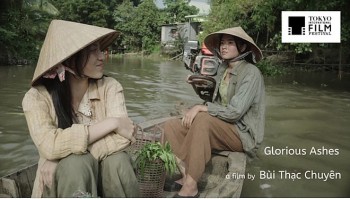 U.S President Joe Biden's administration shut down an inquiry launched by former president Trump to prove the coronavirus originated in a Chinese lab.
May 27, 2021 | 15:20