The Lao National Assembly building is a continuation of the special friendship tradition between Vietnam and Laos in the new period, the stage of construction and development of both countries.
Rosie Nguyen
ngtrang12.ftu@gmail.com August 09, 2021 | 16:31

The new Lao National Assembly building was built on the foundation of the old National Assembly house at Thatluang Square - the center of Vientiane. With a total area of ​​about 23,400 square meters, of which the construction area is about 7,171 meters including 1 basement, 5 floors. The above project has a total construction investment of nearly US$112 million, assigned to the Ministry of Construction as the project investor, Army Corps 11 - Ministry of National Defense as the general contractor.

Implementing the direction of Vietnam and Laos, the units tasked with implementing the Lao National Assembly building construction project have urgently started preparations since mid-2017.

Major General Nguyen Quoc Dung, commander of the Army Corps 11, the Ministry of National Defense said: “The Army Corps 11 has actively invested in advanced equipment and machinery from around the world to bring to Laos for construction to meet the requirements of quality as well as absolute safety progress. This is the National Assembly building, the highest authority of the Lao people. Therefore, this work is not only very modern, but also meets the architecture and cultural colors of the Lao people. At the same time, it must satisfy the function not only for current use but also for the development of the next few decades."

The new Lao National Assembly building was built according to the main shape and layout inspired by the national flag of Laos. This work is a harmonious combination of culture, motifs, patterns imbued with identity, traditional customs of Laos and modern equipment, techniques and advanced technology of Vietnam. This is also a project appreciated by the leaders of Laos for the quality and progress of construction in Laos.

As a special project, during nearly 38 months of construction, the visits to officials, soldiers and workers right at the construction site by the leaders of the two countries have encouraged the construction forces to make efforts to overcome weather difficulties, especially the Covid-19 pandemic to complete the project. After nearly 1,300 working days in absolute safety, the project was completed and ready to serve important events of Laos.

Do Thieu Quang, project manager of the Lao National Assembly building said: “After 37 months of construction, we have completed the project and successfully served two Lao sessions. Through the process of implementing the project, we have received great help from Laos, especially during the Covid time. The Lao government also creates conditions to allow officials, employees, goods, equipment and supplies to enter smoothly and safely."

In addition, the building is arranged with many versatile and flexible spaces to serve domestic and international delegations, meetings, training, events and important national ceremonies. 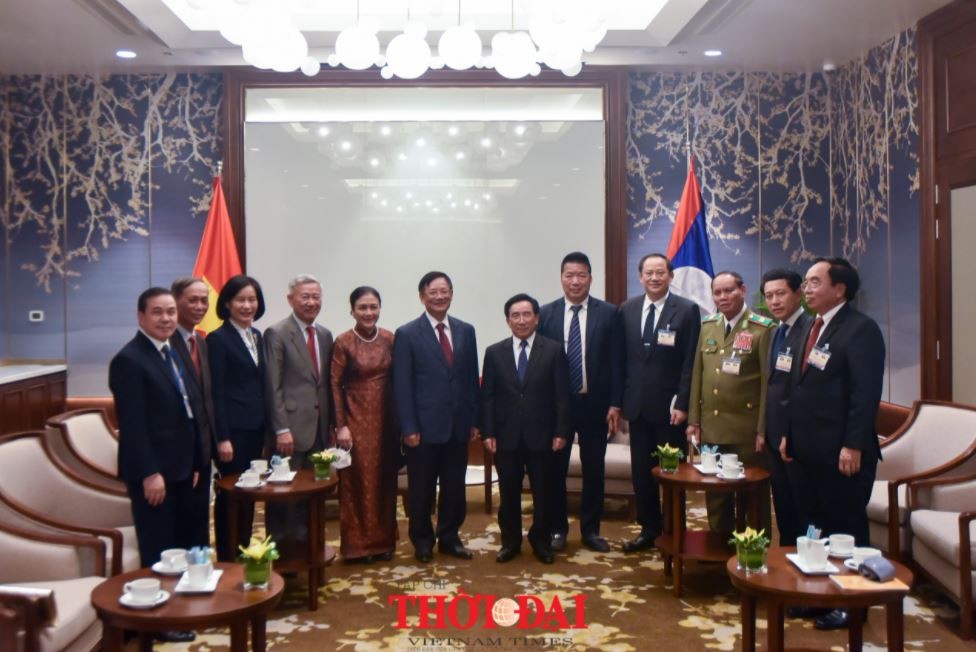 The content was announced by Lao Prime Minister at the meeting with the Vietnam Union of Friendship Organizations and the Vietnam - Laos Friendship Association during his official visit to Vietnam.
January 09, 2022 | 15:46 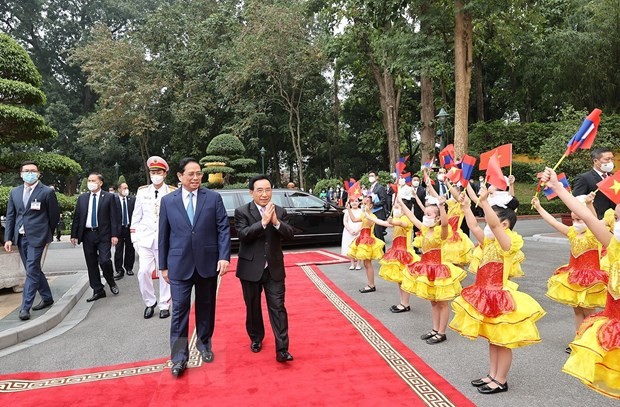