Quang Tri Department of Foreign Affairs launched the Tet tree-planting festival with the participation of its Director Nguyen Trieu Thuong and representatives of several NGOs operating in the province.

The province planned to plant around one billion trees from 2021 to 2025 and aimed to increase the number of trees this year 1.2 times against last year.

More than 83% of Quang Tri province was contaminated with bombs, mines and explosives left from wars, according to a recent survey.

In 1996, Quang Tri was the first locality in the country to coordinate with international organisations to tackle unexploded ordnances (UXOs).

In the period from 2014 to 2019, Quang Tri Province is a bright spot in attracting and mobilising foreign non-governmental aid of the whole country, with a total value of aids at approximately USD 100 million. The province also has cooperative relations with 67 foreign non-governmental organisations and international organisations, operating 226 aid projects in Quang Tri.

On November 28, 1959, President Ho Chi Minh wrote an article published in Nhan Dan (People) Newspaper stressing the significance of tree planting for each person, each family, and the entire nation. Since the first tree planting festival was held in the spring of 1960, the campaign has become a fine tradition of the entire Party, people and army every spring, aiming to maintain a healthy environment for the people and future generations./. 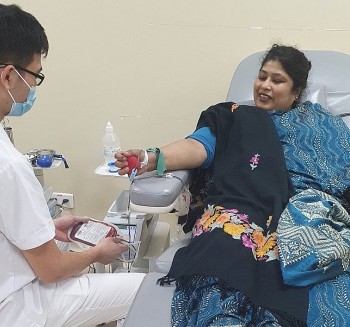