Pakistan has fired five aviation officials allegedly having implications in the "bogus" pilot licenses scandal, a month after deadly crash in Karachi leading to the deaths of nearly 100 passengers and flight crew.

AP cited aviation minister, Ghulam Sarwar Khan as saying that the five sacked officials held senior positions at the Civil Aviation Authority, however, their roles in the tainted licenses scandalhave yet to be undisclosed.

He also did not elaborate on any specific charges against them but said that apart from removing the officials from their jobs, they could also face criminal charges. Khan said private airline companies had been asked not to allow pilots with faulty licenses to fly their planes.

Khan made the revelation on Wednesday in parliament as he was presenting preliminary findings of the probe into the May 22 crash that killed 97 people.

The scandal erupted this week when Khan said that 262 pilots working for the national carrier, Pakistan International Airlines, and three private airline companies had obtained their piloting licenses through cheating and having others take exams for them. 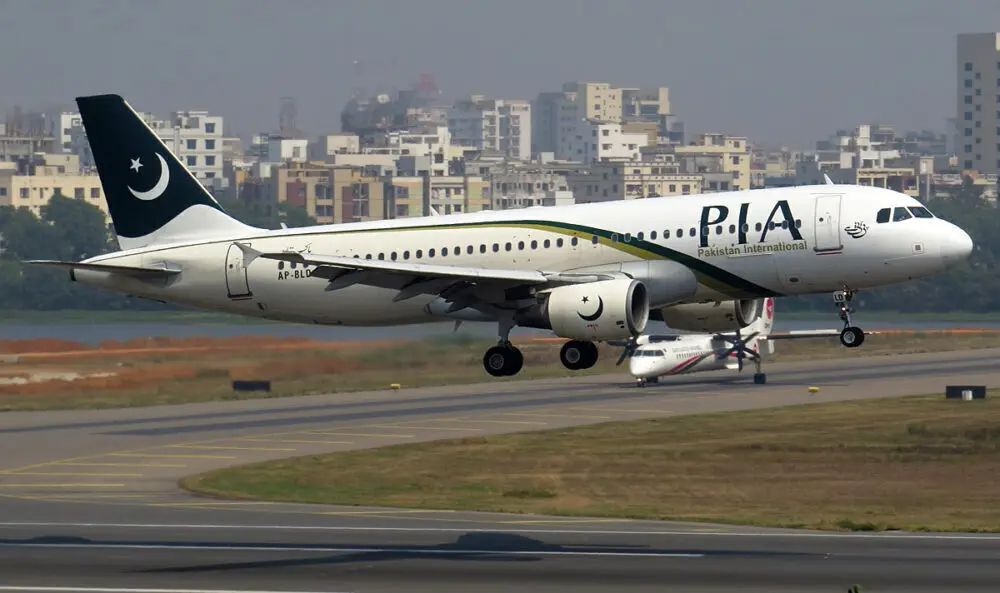 On Thursday, PIA said it grounded 150 of its pilots for cheating in this manner and started the process for terminating their contracts. The International Air Transport Association, or IATA, said it was alarmed and that fake licenses were a “serious lapse in the licensing and safety oversight."

Khan has not elaborated on the alleged methods used by the pilots to wrongfully obtain licenses to fly commercial planes. He only said that they did not take examinations themselves to get the required certificates, which are issued by the civil aviation authority.

Speaking to reporters on Friday, Khan said that out of the 262 pilots who had cheated in this manner, 141 worked for PIA, which employs 450 pilots — more than a third of the workforce. The remaining pilots worked for private airlines.

“These 141 pilots will not be allowed to fly aircraft," Khan said. “Some people say our actions will have a negative impact on the reputation of Pakistan International Airlines but we are taking these measures to ensure the safety of passengers.

"Khan insisted that for the past two years — since Prime Minister Imran Khan's government took over — no pilot with a fake license got a job at the PIA.

“We are clearing up the mess that was created by the previous government," he said.

PIA's reputation in the region has steadily declined since the 1970s as the carrier has been plagued by reports of numerous violations and financial losses.

According to India Times, 97 people were killed after a Pakistan International Airlines plane with 99 travelers on board plunged into a densely populated residential area near the Jinnah International Airport on May 22.

Flight PK-8303 from Lahore crashed at the Jinnah Garden area near Model Colony in Malir on Friday afternoon, minutes before its landing in Karachi, they said. Eleven people on the ground were injured.

Sindh health officials have said that 97 people have been confirmed dead, while two survived the crash, Dawn News reported on Saturday.

Both the survivors are in stable condition and 19 victims have been identified, the report said.

The Airbus A320 aircraft of the national carrier had 91 passengers and a crew of eight.

The government has so far not said whether the pilot and co-pilot of the doomed Karachi flight had tainted licenses. Khan only said the two pilots were medically fit and very experienced while Pakistani investigators have said human error was behind the crash.

The scandal has shocked many Pakistanis, including the families of those passengers who died when the flight PK8303 went down in a congested residential area while trying to land in the port city of Karachi. There were two miraculous survivors onboard and a girl died on the ground.

Tinder tests video chat in Vietnam and 12 other countries

Who is Britney Spears? Full story of conservatorship locking over a decade

US and Canada weather forecast July 12: Scorching heat spread large parts of the Southern US this weekend

Vietnam's investments abroad surged in first half of 2020

Weekly Horoscope for July 13 - 19: Prediction for Astrological Signs for Next Week

Daily Horoscope for July 13: Astrological Prediction of Love and Finance for Zodiac Signs

Leaders of Vietnam, US exchange congratulations on diplomatic ties

Daily Horoscope for July 12: Astrological Prediction of Career and Business for Zodiac Signs

Daily Horoscope for July 12: Astrological Prediction of Love and Finance for Zodiac Signs