Over the past 70 years, the people-to-people relations (P2P relations) - one of the tripod of Vietnamese diplomacy, has applied creatively President Ho Chi Minh's diplomatic ideology, gained important achievements contributing to the Party's and Governmental diplomacy to mobilize the international peoples' solidarity and support to our people during many historical periods. Facing new requirements posed by the context of the current national and international situations, the P2P relation is required to innovate its thinking for its approaches and solutions to be renewed and fulfill the assigned missions successfully.

The regional and international contexts

Our world is undergoing complex, rapid and profound changes. Although peace, cooperation and development continue to be promoted and are the common aspirations of the people in the world, economic recession, traditional security and non-traditional challenges, especially climate change, natural disasters, epidemics, environmental pollution, cybersecurity ... cause instable factors increasingly fierce. Because of fierce strategic competition among powers, countries have all adjusted their strategy, putting the national interests and the nation first. Unilateralism, populism, national extremism, powerful politics, and powers becoming disrespect for international law are placing multilateralism, globalization and international cooperation in the face of great challenges. The COVID-19 pandemic had a profound, comprehensive and long-term impact on all aspects of international life, revealing the weaknesses in the development model, national governance of many countries as well as international cooperation.

In the previous struggle for national independence, our people's righteous cause was in line with the era's common goal, the aspirations of the international peoples and has mobilized the international community's high degree of solidarity and support. This is also a very important factor contributing to the victory of the Vietnamese people.

People-to-people relations have taken great advantages at present. The great achievements in the renovation and international integration have enhanced Vietnam's international status and reputation.

The foreign policy is implemented with expansion, multilateralization and diversification for international relations, and the Vietnam's people-to-people relations with its forces have been increasingly expanded. International friends loving and admiring the Vietnamese people for their heroic spirit to fight against foreign invaders, for great achievements in national construction and development and to combat, prevent the COVID-19 pandemic recently, believe in Vietnam, ready to strengthen cooperation with Vietnam and also has high expectations in Vietnam.

But for international people-to-people cooperation, new problems are emerging. In the face of the rise of radical nationalism, populism, neo-fascism ... many anti-social movements, anti-dictatorship, injustice, for the people, democracy and social justice have exploded with the flexible principles, purposes, forces to be attractive, pervasive, strongly influenced in many countries. In addition to gathering forces under the traditional banners (anti imperialism, anti-war aggression, anti-arms race, for peace, cooperation and development ...), current force gathering on the international and regional people-to-people forums become very flexible and diverse, based on the national interests, nation, party, community, and in each issue such as people living, human right, climate change, anti-nuclear weapons, anti-globalization, anti-free trade agreements ...

Progressive and peace movements face new challenges in gathering forces widely at regional and international people-to-people forums on urgent issues of peace, security and development, also facing the risk of being divided due to differences in interests, goals and benefits. Along with that is the generation change, international friends of the "Vietnamese generation" have stood by side with our people in the fight for national liberation, removing the encirclement of embargo, overcoming the consequences of the war becoming not much longer with their older age while Vietnam is not well-known much to younger people in other countries.

People-to-people relations play a specially importance role when our country enters the stage of industrialization, modernization, comprehensive and extensive international integration. In a complex international environment, partners and competitors are interwoven, fighting and cooperating on the basis of their interests, people-to-people relations can bring into play their particular strengths, have the ability to widely access objects, setting up personal relationships with business people, politicians, employees ... able to flexibly combine both sides of cooperation and fighting suitably for each time and each object, support effectively for Party and State's diplomacy.

Grasping the Party's view on combining national powers with the power of the era, deeply imbuing with and promoting the pure and faithful international sentiment of President Ho Chi Minh, we are fully aware of the mission of People-to-people relations in the new stage are: Strengthening friendship and cooperation with people of other countries, contributing to maintaining a peaceful and stable environment, and mobilizing international support and resources to build and defend the Fatherland, and at the same time actively contribute to the common efforts of the world's peoples for peace, national independence, democracy and social progress. In the new context, we need to correctly identify the contents of international people-to-people cooperation, satisfactorily handle conflicts of interests to maintain independence, autonomy, and ensure the national interests, mobilize the support of the international people for Vietnam while continuing to raise the banner of peace, friendship and cooperation, solidarity with the progressive forces, promoting compliance with international law and work hard to cope with common challenges.

The context of the new situation and mission requirements ask people-to-people relations to renew our thinking, a new, creative approach to content and operation modes in the direction of diversifying and expanding the scope of activities, partners and forces to promote solidarity, friendship and peoples' cooperation to go into depth, substance and effectiveness, not only confined to traditional frameworks, but also expanded and closely linked with specific targets in the fields of economy, trade, culture - education, science and technology, tourism, investment, education and training, health and environment, responsing to climate change, overcoming the consequences of war, contribute to the country's rapid and sustainable development and the implementation of the United Nations Agenda 2030 on sustainable development.

In the coming time, the activities of the Vietnam Union of Friendship Organizations - the core force of the work for peop-to-people promotion, will focus on the following targets:

First, strengthening friendly relations with people in neighboring Laos, Cambodia, China, ASEAN countries, strategic partner countries, comprehensive partners, traditional friends, and expanding people-to-people exchanges. For countries in the Middle East, Africa and Latin America, define the connotation of cooperation in each area with each partner, do not apply a common pattern. While strengthening and deepening relations with traditional partners, attaching importance to establishing relationships, building networks and mobilizing the support of broad forces, especially young people, entrepreneurs, influential politicians, culturalists, sympathetic towards Vietnam, and sharing views and interests with Vietnam.

Second, innovating and promoting its role as a focal point in advocacy and relationship with foreign non-governmental organizations (NGOs), proactively approach, actively support and connect NGOs with other cooperation in Vietnam, attaching importance to associating programs and projects with the country's political, external requirements and development goals, actively participating in supporting project construction, implementation and supervision, improve effectiveness of cooperation with NGOs.

Third, promoting the role of Vietnamese people's organizations at the ASEAN People's Forum, the Asia-Europe People's Forum, people's forums within the framework of the United Nations, the World Peace Council and other regional and international multilateral people's forums, actively mobilizing and fighting to protect and promote interests of Vietnam, promote regional and sub-regional cooperation in the field of environmental protection, dealing with climate change, human health and security, energy security, food security, water security, network security ...

Four, focusing on renewing information publications in many languages with rich and attractive content and forms suitable to the requirements and characteristics of targeted groups. Enhancing the exploitation and use of modernized traditional means, social networks in people-to-people realtions to consolidate and expand the network, communicate to international friends on all achievements and foreign policy of Vietnam, making rebuttal of false and fake information about Vietnam.

Five, attaching importance to training, fostering, enhancing the professional qualifications and skills to build a contingent of brave, enthusiastic, committed and seasoned officilas working in people-to-people realtions for international contact, advocacy and struggle, meeting the requirements of the mission.

The Vietnam Union of Friendship Organizations will strictly comply with the motto of "proactive, flexible, creative and effective" people-to-people relations to improve the quality and efficiency of its operations, and develop the pioneering role of foreign affairs, effectively serving the construction, development and defense of the Fatherland and international integration, contributing to the international peoples' struggle for peace and national independence, democracy and social progress. 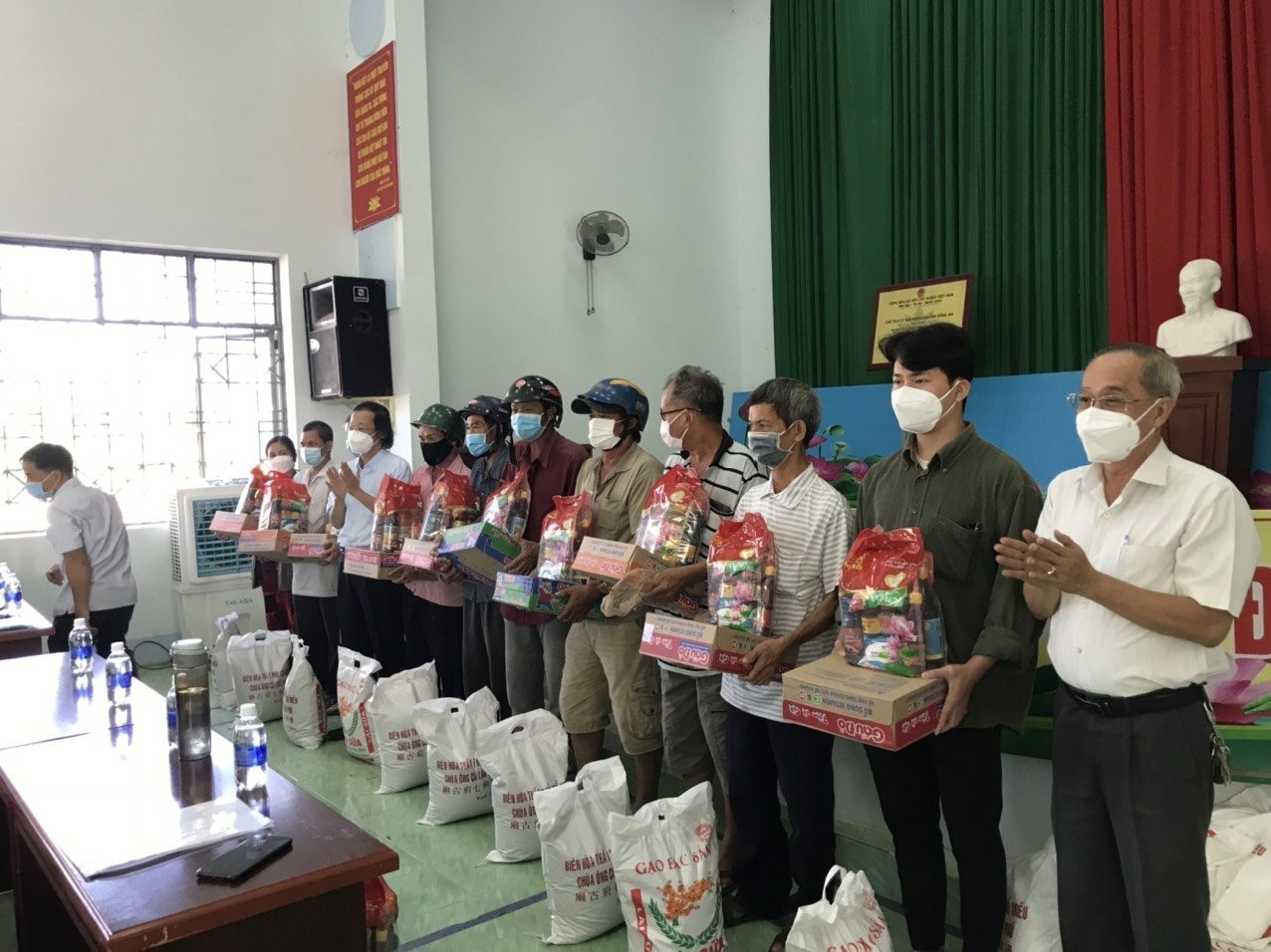