Thousands attended memorial ceremonies held in Hanoi and HCMC Friday night for more than 23,000 people who have lost their lives to the Covid-19 pandemic
Jasmine Le
lehang1997hanu@gmail.com November 21, 2021 | 10:42

Ceremonies were held on Friday across Vietnam to remember those who lost their lives to Covid-19. The event in Hanoi and HCMC began at 8 pm and was broadcast live on VTV1 from HCMC and Hanoi. It was hosted by the Vietnam Fatherland Front and HCMC's People Committee, as reported by VOV.

After two years, the Covid-19 pandemic has taken a heavy toll on Vietnam, which has reported over 1 million cases. 23,000 of them have died. Funerals for many were skipped because of safety precautions. Tens of thousands of families have lost their loved ones. Thousands of children have been orphaned.

Vice Chairman of Vietnam Fatherland Front Phung Khanh Tai said, “The grand ceremony manifests the way the Party, State, and Vietnam Fatherland Front cares. They share with the suffering and spread love among our community. Those who are alive must live for the part of those who have forever gone away. Their losses alert us to respond in unity and caution.”

In Hanoi and HCMC locals lit candles, burned incense, and released floating lanterns. Religious facilities tolled their bells, boats on HCCM's rivers and canals blew their horns, and people were encouraged to pray for the victims at public places and residential areas.

The ceremony in Hanoi

Hanoi’s leaders, residents, and representatives of the Vietnam Buddhist Sangha (VBS) in the city took part in the national memorial service held on Friday evening [Nov 19] in remembrance of those that have lost their lives to Covid-19 in Vietnam.

Chief of the Hanoi Party’s Committee Dinh Tien Dung and Bui Thi Minh Hoai, Head of the Party Central Committee’s Commission for Communication and Education at the requiem, according to Hanoi Times.

Flower garlands and colored lanterns were floated on the lake at the park.

All monasteries ring the bells at 8:30 on November 19.

The ceremony in Hanoi began at 8 p.m., but many residents were at the site early. Dao Thi Hanh, 72 said she lived near the Thong Nhat Park where the ceremony was held, so she’d gone there to light incense for the departed souls, VNE reported.

At the famous Quan Su Pagoda in Hanoi, Buddhist prayers were changed at a requiem.

The main ceremony took place at the Thong Nhat Park with about 300 people, including families of those who died from Covid-19.

Among those attending the ceremony was Vo Dang Thanh, 49, whose mother was a Covid-19 victim. Thanh’s mother had diabetes and her condition turned worse after she contracted the virus. She passed away after 48 days of treatment.

“As a son, my heart is broken. I cry every time I miss her. There are so many things that I haven’t been able to do for her,” said an emotional Thanh.

Nguyen Van Trong, 37, sat in the last row with his daughter. Two months ago, Covid-19 took his wife away, when she was five months pregnant.

“I still can’t believe that my wife and my unborn child are gone. She has left me and my daughter. I hope that no one will have to suffer the same pain,” Trong said.

The memorial in HCMC

The main ceremony took place at the Reunification Palace in HCMC.

Attending at the memorial services included government leaders and family members of the victims, SGGP reported.

Religious facilities including churches and pagodas rang their bells while boats and cargo ships docked at ports, sounded their whistles simultaneously at 8:30 p.m during the memorial service.

At the memorial service in HCMC

HCMC turns off the lights in memory of Covid-19 victims .

In front of the Notre-Dame Cathedral Basilica of Saigon, many residents left candles and flowers at the foot of the Virgin Mary statue and prayed for the departed soul. The cathedral rang its bell for five minutes as a tribute.

Dang Thi Hong An, 40, left a bouquet of lilies at the statue. Her aunt died of Covid-19 in August.

“I just want this pandemic to end soon, my family members to stay healthy and that no one has to die anymore,” An said.

Vo Thi My Dung and her family contracted Covid-19 in August. Her husband hadn’t got vaccinated then, so his condition turned worse and he succumbed to the disease. The family prepared an altar, lit incense as well as candles, remembering a husband and a father.

“Happiness or suffering, it’s our choice. My children and I need to heal our wounds and move on,” Dung said.

Many people attended the ceremony at the Independence Palace, HCMC with flowers and candles. 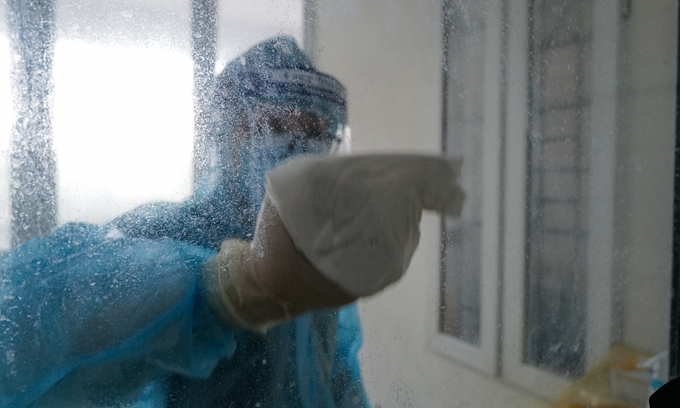 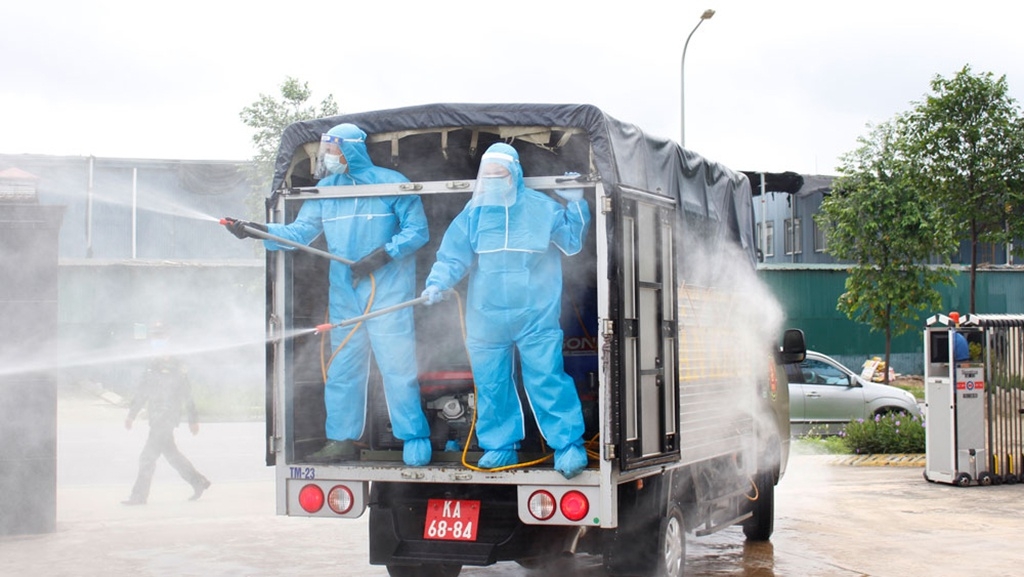 A young worker at an industrial park in the northern province of Bac Giang became Vietnam’s 44th coronavirus death.
May 25, 2021 | 10:50 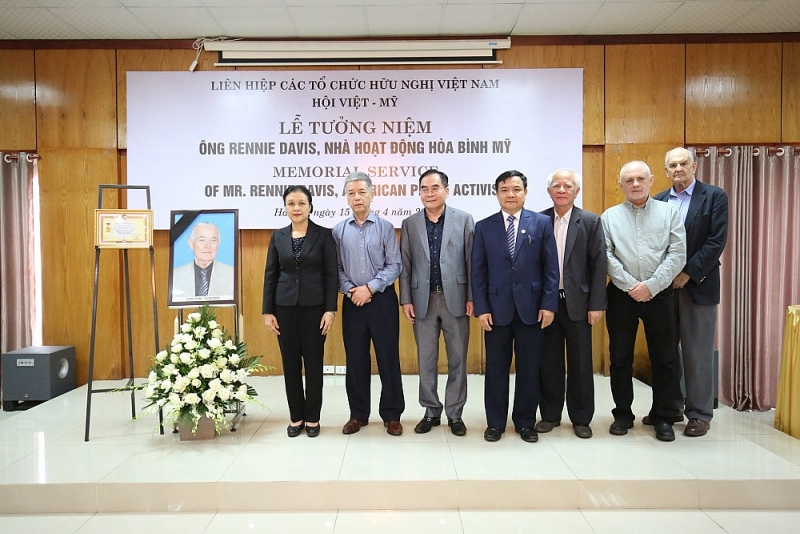 The Vietnam Union of Friendship Organizations (VUFO) on April 15 held a memorial ceremony for Rennie Davis, an American peace activist and a loyal friend of Vietnam.
April 16, 2021 | 09:54