Prime Minister Nguyen Xuan Phuc affirmed Viet Nam always regards the UK as its major and friendly partner during his reception for UK Trade Secretary Elizabeth Truss on Friday. Vietnam and the U.K. concluded a free-trade agreement that will eliminate virtually all tariffs between the two countries by the time it’s fully implemented.
Tarah Nguyen
thuyhang.vietnamtimes@gmail.com December 11, 2020 | 16:33

PM Phuc voiced his support for the UK to join the Comprehensive and Progressive Agreement for Trans-Pacific Partnership (CPTPP) and vowed to create favorable conditions for British investors to do business in Vietnam.

Regarding the 26th UN Climate Change Conference of the Parties (COP26) in the UK next year, PM Phuc pledged that Viet Nam will participate in the event in an active and responsible manner in a bid to contribute to the global efforts in climate change adaptation, reported the VGP.

For her part, Trade Secretary Elizabeth Truss said she will sign an agreement to confirm the conclusion of talks on a free trade deal between the two countries during her ongoing Vietnam visit, expressing her belief that the trade pact will bring about practical benefits to both countries.

She congratulated Viet Nam on impressive economic performance amid the Covid-19 pandemic, affirming that her country considers Vietnam as a trusted and stable partner.

Britain and Vietnam have concluded talks to negotiate a new free trade agreement on Friday, weeks before Britain completes its transition out of the European Union on Dec. 31, the British Embassy in Hanoi said on Friday.

The deal, which will for Britain replace the existing EU-Vietnam Free Trade Agreement (EVFTA), will ensure Britain does not lose access to preferential tariffs in one of the fastest growing and most open economies in Asia.

It was not clear when the final deal, which will come into effect on Jan. 1 next year, would be signed.

The EVFTA came into effect in August and will cut or eliminate 99% of tariffs on goods traded between Vietnam and the EU.

A joint statement released by Britain and Vietnam on Friday described the deal between the two countries as a “key step” towards Britain’s entry into the CPTPP.

Vietnam’s key exports to Britain include garments, seafood and wooden furniture. Its main British imports are pharmaceutical products and manufacturing equipment, according to the reuters.

Vietnam and the U.K. concluded a free-trade agreement that will eliminate virtually all tariffs between the two countries by the time it’s fully implemented.

The agreement comes as the countries’ bilateral trade has tripled since 2010, reaching 5.7 billion pounds ($7.6 billion) last year, according to a statement Thursday from the U.K. Home Office. However, that trade had declined 15% in the first 10 months of this year to $4.7 billion amid the coronavirus pandemic, according to a posting on Vietnam’s government’s website. 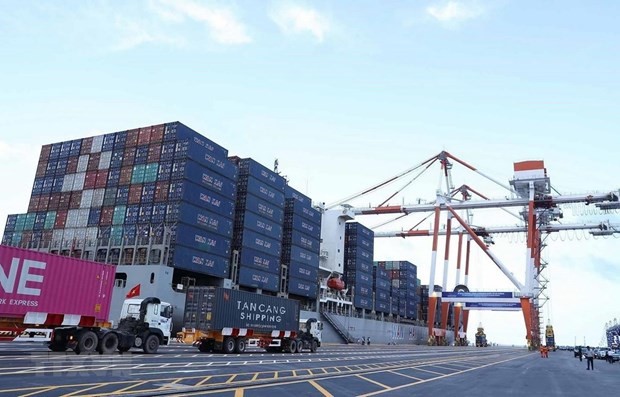 Foreign Investors Continue to Work with Vietnam Despite Covid Complications

Speaking at a seminar with British businessmen and investors on September 1, Ambassador Nguyen Hoang Long affirmed that Vietnam is a bright spot for foreign businesses interested in investment and business.
September 02, 2021 | 14:40

More doeses of the Covid-19 vaccine and the antiviral drug Remdesivir will be arriving to Vietnam as coronavirus cases hit record high nationwide.
August 04, 2021 | 07:04 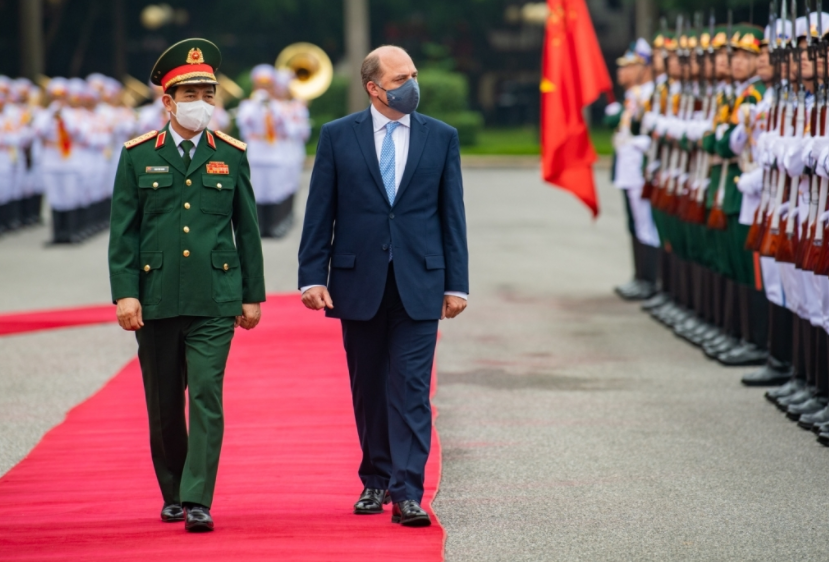 Vietnam and the UK have consented to maintain policy dialogue mechanisms, and intensify delegation exchanges.
July 22, 2021 | 18:57

Cambodian students were touched by the affection of the teachers and sisters in the organization of the Hanoi Women's Union and the Hanoi's Vietnam - Cambodia Friendship Association who visited and offered scholarships.
September 20, 2021 | 08:31
Phiên bản di động