South Korean companies prefer Hanoi over Ho Chi Minh City for setting up an office since it offers more premium space, a study has found.
Malie Nguyen
Dieuhuong270198@gmail.com May 18, 2021 | 09:59

For Japanese businesses, the ratio is roughly equal, indicating that they see opportunities in both markets, VnExpress reported.

In both markets, most businesses leasing premium space are in the finance, insurance, real estate, manufacturing, or IT sectors.

HCM City is considered a major economic centre, multi-national corporations have often chosen HCM City to set up their headquarters. However, Vietnamese businesses still prioritise opening offices in Ha Noi, according to Vietnamnews.

Vietnamese businesses account for 46 per cent of the total office space in Hanoi and 35 per cent in HCM City.

Hoang Nguyet Minh, director of Commercial Leasing, Savills Hanoi, said that the office supply in Hanoi is still not meeting the huge demand at present, but business tenants still have many choices in office buildings with high quality and professional management. Large enterprises, IT and technology enterprises or start-ups should look for Grade A offices in the West or downtown Hanoi to have flexible rental options.

Tu Thi Hong An, director of Commercial Leasing, Savills HCM City, forecast that in HCM City, there are potential districts to develop office buildings due to high demand of tenants such as District 2, District 7 and Thu Duc District.

However, these areas have not yet formed a new centre in HCM City, so when tenants look for Grade A offices, their first choice is still District 1, An said.

High-end offices have often prioritized key areas of a large city such as Hoan Kiem District in Hanoi and District 1 in HCM City. However, because the limited land fund and real estate development costs in central areas are high, developers of office real estate in Hanoi and HCM City have moved or expanded office projects outside of the central districts.

This change started 10 years ago in Hà Nội and two years ago in HCM City. Now, Hà Nội has formed three centres with Grade A offices, including Hoàn Kiếm District, the inner city area and the West area of ​​​​the capital, according to Savills.

“The early change has had a positive impact on rents. About 10 years ago, the two areas, inner-city and the West, had to reduce rents to attract tenants, but now they have recorded stability and growth," Minh said.

"The rent in these areas is not as high as the central district, but tenants enjoy certain benefits and the building quality is very good. Therefore, the demand for Grade A office is high in these two new centres, even higher than in Hoan Kiem District."

Meanwhile, “the office supply in HCM City continues to increase in the non-central business district areas. By 2023, HCM City will not have a new supply of Grade A office space, but in the future will also form new areas where Grade A offices are concentrated as the Hanoi market,” An said.

By the end of the first quarter of 2021, Vietnam's office market recorded positive recovery signals, according to Savills.

In Hanoi, from the fourth quarter of 2020 to the first quarter of 2021, high-quality supply was offered from Capital Place, Thaiholdings Tower and Leadvisors Tower projects.

In HCM City, the demand from businesses is forecast to exceed supply and Grade A office rent is expected to continue to grow at 3 per cent per year. 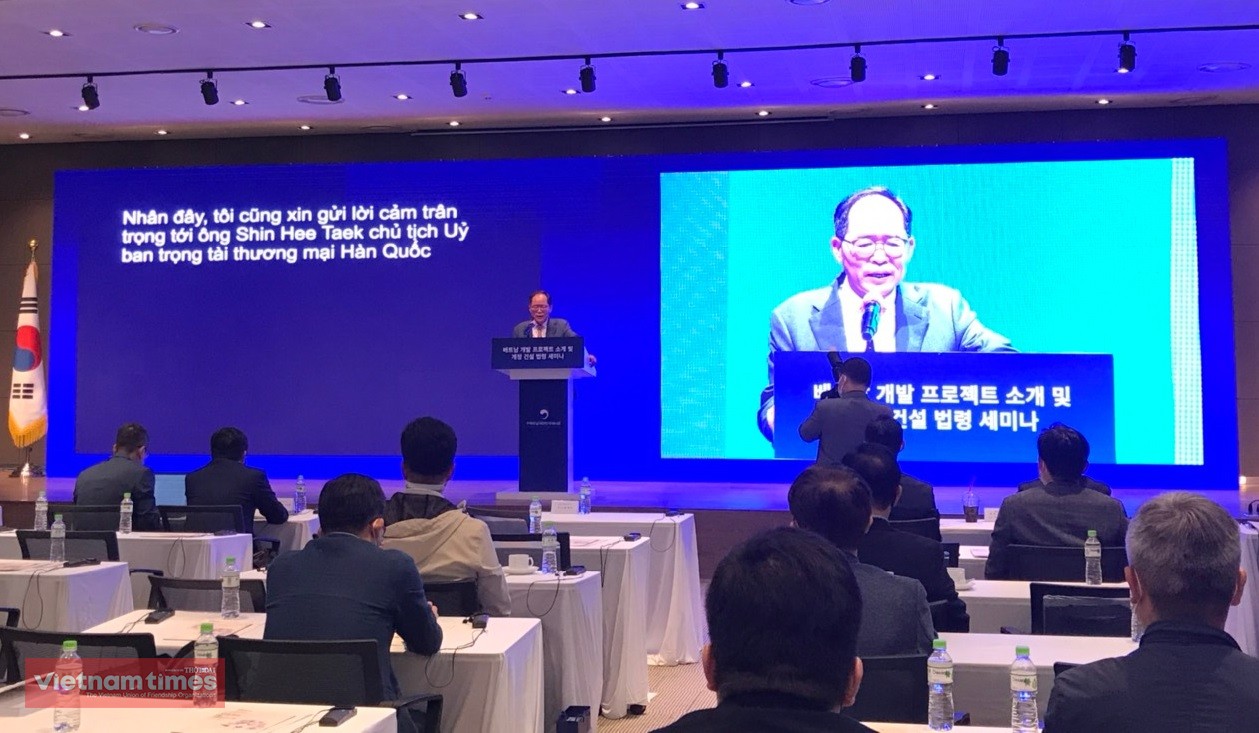 The Korean Embassy in Vietnam, the Korean Commercial Arbitration Committee (KCAB) and the Korean Construction Association in Vietnam on the afternoon of December 9, 2021 co-organized the Workshop "Introducing new contents in New Amendments to Vietnam Construction Law and constructional development projects in Vietnam” in Hanoi.
December 10, 2021 | 16:33