In the context of economic relations and trade exchanges between Vietnam and Venezuela having many positive changes, strengthening, exchanging information and trading opportunities between businesses of the two countries is very important.
Rosie Nguyen
ngtrang12.ftu@gmail.com July 14, 2021 | 06:38

Within the framework of economic diplomatic activities and strengthening trade relations between the two countries, Vietnamese Ambassador to Venezuela Le Viet Duyen and the delegation visited and worked in Monagas state to promote economy, trade and other potential cooperation initiatives between Vietnam and Venezuela.

At the meeting, Monagas Governor Yelitza Santaella informed about the political, economic and cultural situation in the area and emphasized the state's economic development potential in oil, gas, Caribbean pine, livestock and farming on a large scale.

Governor Yelitza Santaella affirmed that the two countries have developed close friendly cooperation in many aspects such as politics, economy, culture and society, and expressed his wish that Vietnam implement strategic investment projects to exploit and develop potential fields available in the state of Monagas.

Ambassador Le Viet Duyen expressed his delight at the respectful reception of the Governor personally as well as the state government and pledged to constantly strengthen bilateral relations in politics, diplomacy, culture, strengthen solidarity and long-standing traditional friendship between the two countries.

On July 10, the Vietnamese Embassy in Venezuela coordinated with the Chamber of Commerce of Venezuela-Vietnam (CAVENVIET) to organize a seminar with the theme "Promoting commercial transactions between Vietnam and Venezuela".

Speaking at the opening of the workshop, Ambassador Le Viet Duyen informed about Vietnam's socio-economic development achievements after 35 years of renovation, with GDP reaching US$343 billion, among the 40 largest economies in the world and ranked 4th in ASEAN; per capita income reached US$3,521 and is increasing day by day. Vietnam has the largest opportunity and position ever.

As one of the major production centers in the Asia-Pacific region and in the world, Vietnam is currently ranked 2nd in the world in terms of rice and coffee exports; world leader in exporting cashew nuts, pepper and many other agricultural products.

Vietnam is also the world's leading center of production and export of high-tech goods, smartphones and electronic goods, and there are many opportunities for Venezuelan consumers to use Vietnamese products. Besides, Vietnam is also one of the major furniture manufacturing centers in the world.

Venezuela in general and the state of Monagas in particular can promote the export of suitable woods for Vietnamese manufacturers.

Businesses and ranchers in Monagas state expressed their admiration for the strong development of Vietnam and wished to strengthen connections with Vietnamese businesses, especially cooperation in the fields of dairy farming, beef cattle, farming, large-scale farms and production, wood processing.

Ambassador Le Viet Duyen thanked CAVENVIET for accompanying the Embassy through connecting businesses of the two countries, supporting the organization of seminars to promote bilateral trade.

In the context of economic relations and trade exchanges between Vietnam and Venezuela having many positive changes, it is very important to enhance information exchange and trade opportunities between businesses of the two countries, contributing to promoting the comprehensive partnership.

Ambassador Le Viet Duyen and Governor Yelitza Santaella agreed to promote the establishment of branches of CAVENVIET and the Venezuela-Vietnam Friendship Association (CAVV) in Monagas state to expand the scale of activities of these two important organizations in some key states of Venezuela. At the same time, it also helps to strengthen and deepen the connection between people and businesses of the two countries.

Governor Yelitza Santaella pledged to do his best to create favorable conditions for Vietnamese businesses to do business and invest in potential fields in Monagas state, especially in the field of large-scale agricultural production.

In addition, CAVENVIET President Oswaldo Hernandez also expressed his commitment that CAVENVIET will continue to be a bridge to help businesses of the two countries build and expand business partnerships, promote trade exchanges, and contribute to strengthening the relationship between the two countries. 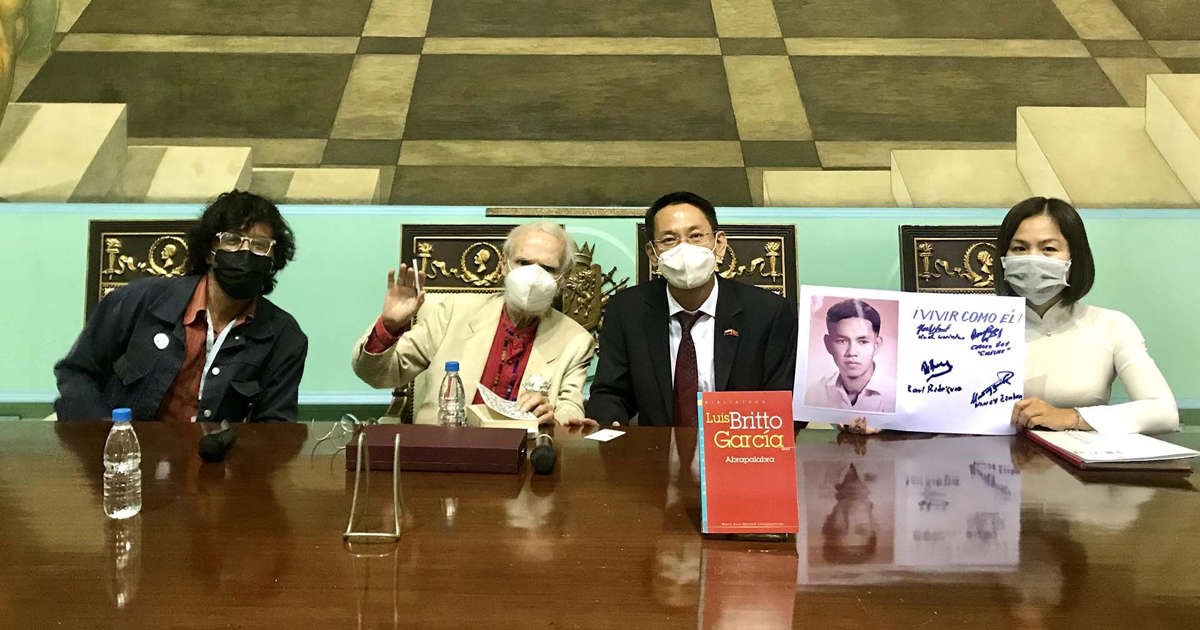 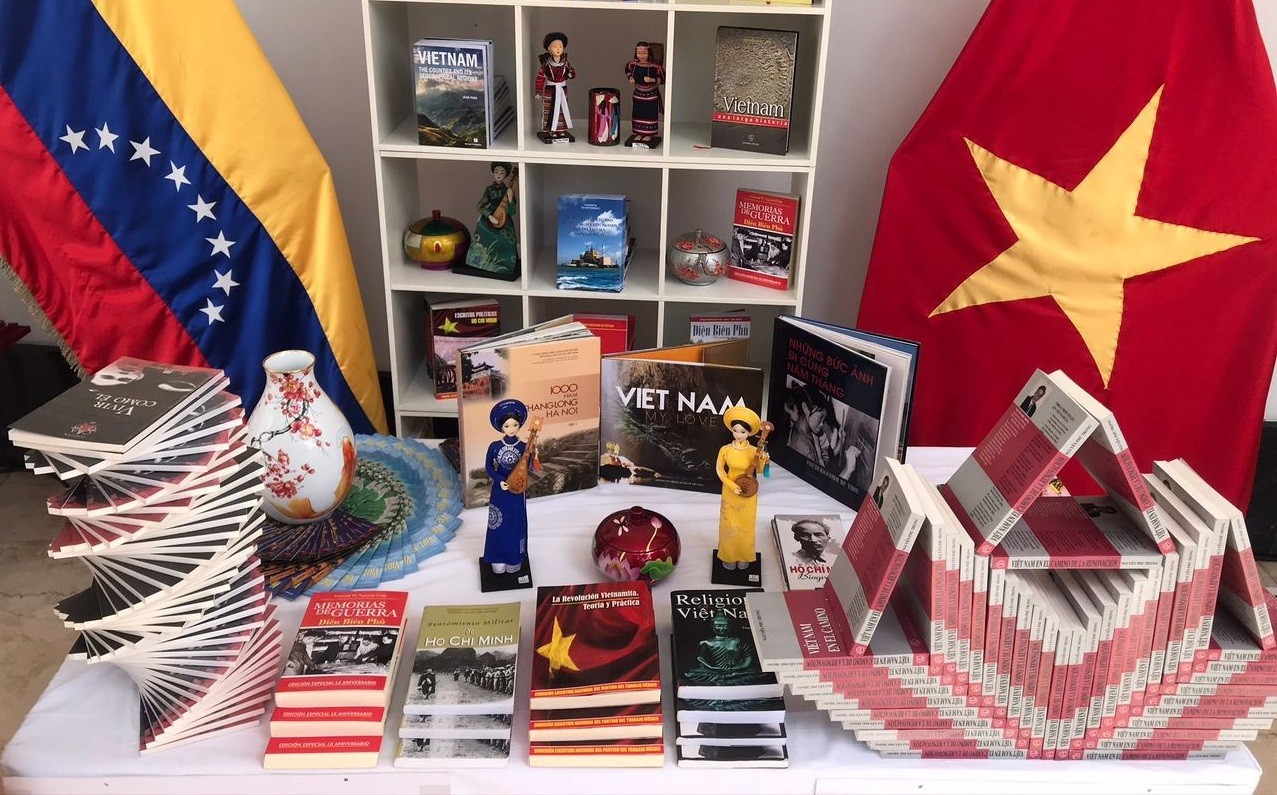 The Embassy of Vietnam in Venezuela held a special celebration of Vietnam culture with book event, music performance, food festival and more.
November 13, 2021 | 21:42 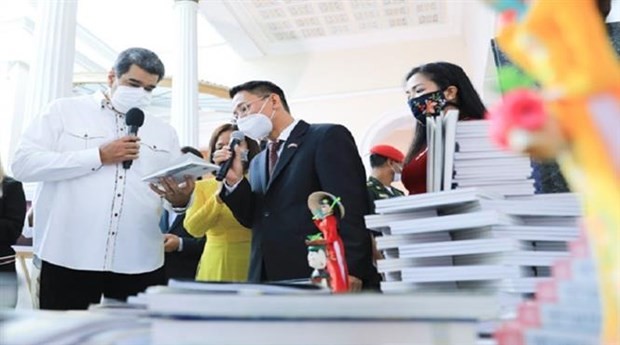 Publications of Vietnam are being showcased at the 17th Venezuela International Book Fair (FILVEN 2021) as Vietnam is the event’s guest country of honour at the invitation of Venuezuelan President Nicolás Maduro.
November 07, 2021 | 08:11