One of the most beautiful and alluring Greenland destinations, Ilulissat Icefjord, is portrayed magnificently through the camera lens of the Russian photographer.
Charlotte Pho
December 03, 2021 | 23:26

Maria Sahai is a professional nature photographer and Fujifilm X-Series and f-stop gear ambassador. When she's not exploring the areas close to the North Pole on dog sleds, photographing icebergs in Greenland, or capturing erupting volcanoes in Asia, you can find her leading small group photography tours with her husband Karim Sahai all over the world. Her work has been featured by Lonely Planet, Esquire, The Sun, Mirror, and My Modern Met.

“I’ve been going to Greenland for years, and one of my favorite towns to visit is Ilulissat, famous for its surreal landscapes, where small colorful houses are surrounded by countless icebergs.

There is one area there that I find particularly attractive – Ilulissat Icefjord. In the summertime, I love coming there at around midnight, sitting down with a thermos full of hot coffee and listening to the icebergs calving while they are making their way into the ocean.”, Maria Sahai said.

Ilulissat Icefjord (Greenlandic: Ilulissat Kangerlua) is a fjord in western Greenland. Located 250 km north of the Arctic Circle, the Ilulissat Icefjord runs west 40 km (25 mi) from the Greenland ice sheet to Disko Bay just south of Ilulissat town. Ilulissat Icefjord was declared a UNESCO World Heritage Site in 2004 because of its natural beauty and the importance of the fast-moving Jakobshavn Glacier in developing the current scientific understanding of anthropogenic climate change.

The glacier is huge. It is 6 kilometers wide and 45 kilometers long. That corresponds to 66,000 football fields. The glacier is known for dropping the same amount of ice in the water daily, which equals the annual consumption of water of the entire island of Manhattan. Sermeq Kujalleq produces 10 % of all icebergs in Greenland.

On breaking up the icebergs emerge into the open sea and initially travel north with ocean currents before turning south and running into the Atlantic Ocean. Larger icebergs typically do not melt until they reach 40-45 degrees north —further south than the United Kingdom and level with New York City.

A boat trip into paradise at the Ilulissat Icefjord

A boat trip to the mouth of the Icefjord is quite an experience. Enormous icebergs have run aground by the mouth of the fjord where the water is shallower than elsewhere in the fjord. The shallowness is a result of a large sandbank being pushed forward by the huge icebergs, causing the ice to run aground.

The icebergs will not move until they have melted enough to break free of the sandbank. Or if a large portion of ice calved from the glacier at the base of the fjord pushes more ice forward. Or if they are lifted over the sandbank by large waves caused by the calving of major icebergs.

Sailing near the icebergs is incredible. The captains bring their boats as close to the ice as safety allows – naturally keeping a proper distance to the enormous giants. The icebergs can be as tall as a skyscraper and can be very wide in diameter.

You should take a boat trip in the daytime and then the second one in the evening when the midnight sun spreads a golden hue. It might seem a little extravagant to go on the same boat trip twice, but we know from experience that people have loved how different the two trips have been.

Once you have had the thrills of hovering just overhead the Sermeq Kujalleq glacier and sailing through the maze of icebergs it creates, it is time to reflect on the Ilulissat Icefjord. Take the raised pathway to Sermermiut or hike along the marked Blue Route trail to claim your own plot of the UNESCO World Heritage Site.

Without a headset or the low chugging of a boat engine, the sounds of the Ilulissat Icefjord are suddenly clear – popping air as it escapes from the ice, icebergs colliding with one another as they find their way out to sea, and waves crashing on the rocky coastline. When you are sitting still, you can finally detect how the Ilulissat Icefjord really is full of life, according to Visit Greenland.

On the northern side of the Ice Fjord, you will find the abandoned settlement of Sermermiut. People have settled here for more than 4,000 years. The Saqqaq, Early Dorset, and Thule cultures have settled at Sermermiut due to the rich fishing conditions. Therefore, the area is home to many ruins. The ruins were mainly excavated in 1953 and 1983. Uncovering evidence indicating the presence of the many different cultures.

Today, getting to Sermermiut is easy. From the old heliport on the southern fringe of Ilulissat, a path leads down to the waterfront. From there, you can also continue to Nakkaavik (Women’s Ravine). It is said that elderly people would throw themselves off the edge of the community were starving. They would thus sacrifice themselves to save food for the younger generations to make it through the hardships of winter.

You can also walk along the fjord further inland on designated footpaths.

Climate change becomes more of a hot topic each day. The Ilulissat Icefjord, and the Greenland Ice Cap that produces it, are increasingly in the spotlight. We Greenlanders are thankful for the growing interest in an issue that we live with and adapt to constantly, but even more so, we are proud to be at the center of important research with global implications.

Visiting the Ilulissat Icefjord is not only about seeing a large calving glacier or melting icebergs before it’s too late. It is a unique opportunity to be active in the climate change conversation here at ‘ground zero’ and to let your experiences in Greenland inspire your life back home, according to Visit Greenland. 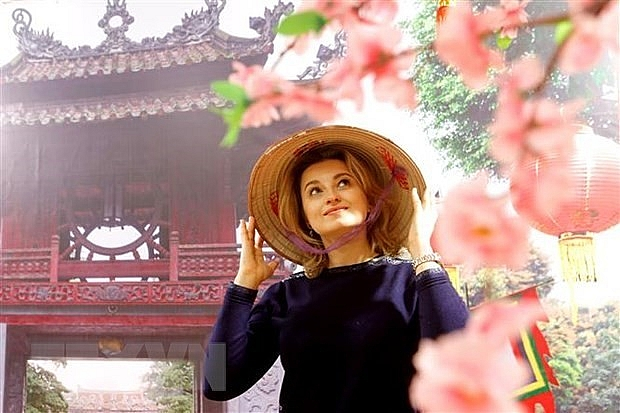 Vera Mazhirina, a Russian journalist and photographer, was greatly impressed by Ao Dai (Vietnamese traditional dress), which brings out the elegance and strength of Vietnamese women,and a beautiful Vietnamese culture.
March 09, 2021 | 16:32 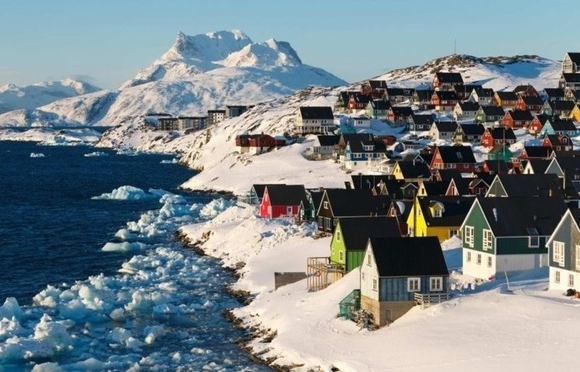 Greenland becomes the only country with no active COVID-19 patient

With all 11 COVID-19 patients released from hospital April 4, no new infections reported ever since, Greenland was declared the first and only country worldwide affected by the novel virus to now have no active cases, according to the National Medical office in Denmark.
April 24, 2020 | 14:52