India, the land of culture and delicious food, has some of the most bizarre and weirdest dishes in the world that might not look appealing on the outside, but bring you a very different experience in flavor.
Charlotte Pho
January 18, 2022 | 08:11

Indian cuisine consists of a variety of regional and traditional cuisines native to the Indian subcontinent. Given the diversity in soil, climate, culture, ethnic groups, and occupations, these cuisines vary substantially and use locally available spices, herbs, vegetables, and fruits. Indian food is also heavily influenced by religion, in particular Hinduism and Islam, cultural choices and traditions.

Indian cuisine has shaped the history of international relations; the spice trade between India and Europe was the primary catalyst for Europe's Age of Discovery. Spices were bought from India and traded around Europe and Asia. Indian cuisine has influenced other cuisines across the world, especially those from Europe (especially Britain), the Middle East, Southern African, East Africa, Southeast Asia, North America, Mauritius, Fiji, Oceania, and the Caribbean.

Aside from some famous traditional dishes of India, there are also several bizarre plates that will challenge your tastebuds.

Dohkhlieh is a traditional pork salad of Meghalaya. Authentically it is prepared with pig’s head and brain. It is boiled diced pork, pig’s brain mixed with finely chopped onions, green chillies, ginger and seasonings. It is a meghalayan pork salad and is a traditional recipe from meghalaya.

Dohkhlieh is a typical khasi pork dish and everyone has their own style of making it. Originally it is a simple salad recipe prepared with a handful of ingredients. The ingredients in this salad are added or minus according to the availability of the fresh ingredients. Some make this pork salad with only onion and ginger whereas some make with green chilly and onion. Seasonings are added as per ones taste buds.

Let’s briefly see how to make the meghalayan pork salad. Pressure cook the pork pieces. The pork meat should be a mixture of meat and fats. The proportion depends completely on one choice since some like lesser fats and some would love to go for more fats just like me. You can either cook it in big chunks or chopped in small pieces. If you are cooked chunks then you need to chopped them into small pieces once it is cooked. Let there be no moisture to the pork pieces. Next add chopped onions, green chillies, ginger, salt as per taste and mix them well together. Dohkhlieh is ready to enlighten your plate.

India's love for food needs no introduction and neither does the diverse variety of unconventional dishes that people enjoy in different states, tribes and communities. One such tribal dish from a region called Bastar in Chhattisgarh will totally surprise and if you're not an adventurous foodie it might leave you squirming in your seat. You may or may not have known this, but we were surprised to discover a rather unusual chutney called Chaprah which is made of red ants and their eggs and is a local delicacy in Bastar.You may not have heard of is 'Chaprah' a pungent chutney that is made of red ants and their eggs! The pungent chutney is made of ants that bite and sting. They are collected in large numbers to be grinded into a hot and spicy chutney. The chutney forms an indispensable part of all their grand feasts and is relished whole-heartedly by the tribe members.

The red ant chutney is an explosion of hot and sharp flavours and also a storehouse of many medicinal properties. The villagers wander about the forest and collect these ants and their egg from their nests. The ants are then further crushed and dried. Later, they are put in a pestle and mortar and grinded. Then tomatoes, coriander, garlic, ginger, chilli, salt and a bit of sugar is added to get an orange coloured, smooth and paste-like chutney known as Chaprah.

This one was a complete surprise to me which is why it had to be on the list of weird food in India. If you’re in Goa, you’ll find that this is a star dish of the Goan cuisine. Just think of it like any other fish, really. Since it’s very difficult to catch and also very well-loved by the locals, this is one curry that won’t come for cheap. Who is afraid of sharks, anymore?

This exotic delicacy is part of the Goan and Sikkim cuisines. The battered and fried frog legs are considered to be of great medicinal value by the Lepchas community in Sikkim. It is known to have cured dysentery and other stomach ailments. And, no; you won’t start jumping like frogs after eating it.

Frog legs are rich in protein, omega-3 fatty acids, vitamin A, and potassium. They are often said to taste like chicken because of their mild flavor, with a texture most similar to chicken wings. The taste and texture of frog meat is approximately between chicken and fish. Frogs are raised commercially in certain countries, for example Vietnam. Frog muscles do not resolve rigor mortis as quickly as muscles from warm-blooded animals (chicken, for example) do, so heat from cooking can cause fresh frog legs to twitch.

Frog legs cuisine is also contested as an issue of animal rights, as the frog's legs are often removed without slaughtering the frogs first, at which point the still-living frogs are discarded.

Exotic hardly begins to describe some of the unusual foods that are prevalent in some parts of India. We have already covered black rice and fire ant chutney, and this week we introduce yet another rare and extraordinary food item; silkworm larva.

Silkworm larva is a specialty of Assam and originates from the tribal folk of that region. The dish consists of silkworm left after extracting the silk out of the cocoon. Since the cocoon is boiled in hot water to extract the silk, the leftover pupa is already softened. This soft pupa is flavored with herbs and spices and smoked in bamboo shoots. The end result is Eri Polu, a magical dish with a unique aroma and unbelievable tender meat. The cooked silkworm has a crunchy taste on the outside and a dense jelly like consistency on the inside.

The bamboo shoot used to cook the silkworm has its own place in exotic dishes as well. The shoot is prepared with great care and needs some finesse to get it right. Tender grated bamboo shoots and fermented and then mixed with mustard oil, salt, onions and chili. The additives added to the bamboo shoots are either tangy or spicy. The completed mixture is a slightly sour and spicy enough to set your tongue on fire. The spicy nature of the bamboo shoot mixture complements the mellow flavor of the silkworms and gives a dish that has a perfect heat balance.

While it may sound gross to most people, for the tribals of assam it is a delicacy and a good source of nutrition. It also is a sustainable way of utilizing silkworms fully.

This dish is a favourite amongst members of Meghalaya’s Garo tribe. This delicacy is made from dried fish, vegetables (if you want any) and distilled ashes. Yes, the same one you get from burning something. It apparently tastes delicious. The only problem is the smell – it smells rotten. Talk about bizaree food!!

If you haven’t had enough of pigs yet, here is another Goan delicacy that you can try out. Like many of the delicacies in Goa, this dish has Portugese written all over it. Sorpotel is made with pork offal. In simpler words, it is made of a pig’s internal organs and entrails that would otherwise be treated as waste. 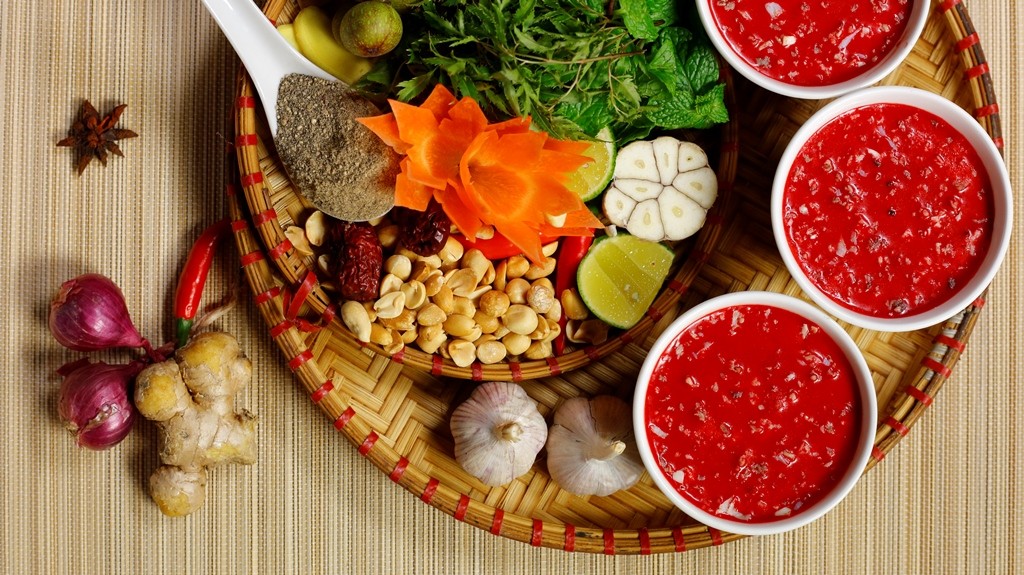 The Weirdest Dishes You Can Try In Vietnam

Aside from famous dishes such as Pho or Banh mi, these least known and unusual plates can challenge the bravest foodie's heart.
January 11, 2022 | 00:15 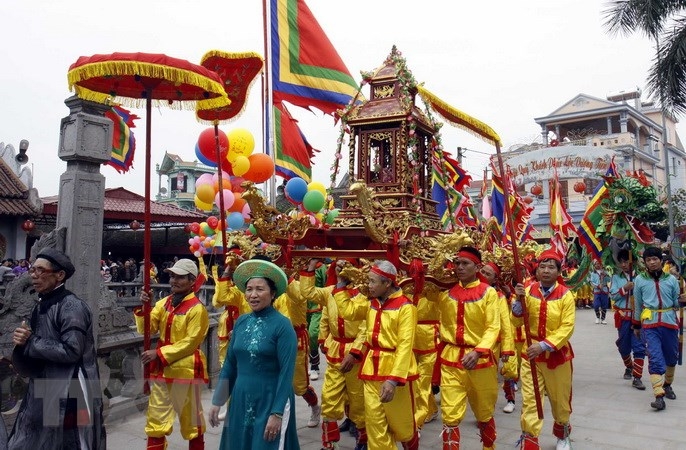 Nam Dinh Culinary Culture Association was founded with the mission to preserve and widely promote Nam Dinh culinary and cultural values to the world.
March 31, 2021 | 14:42 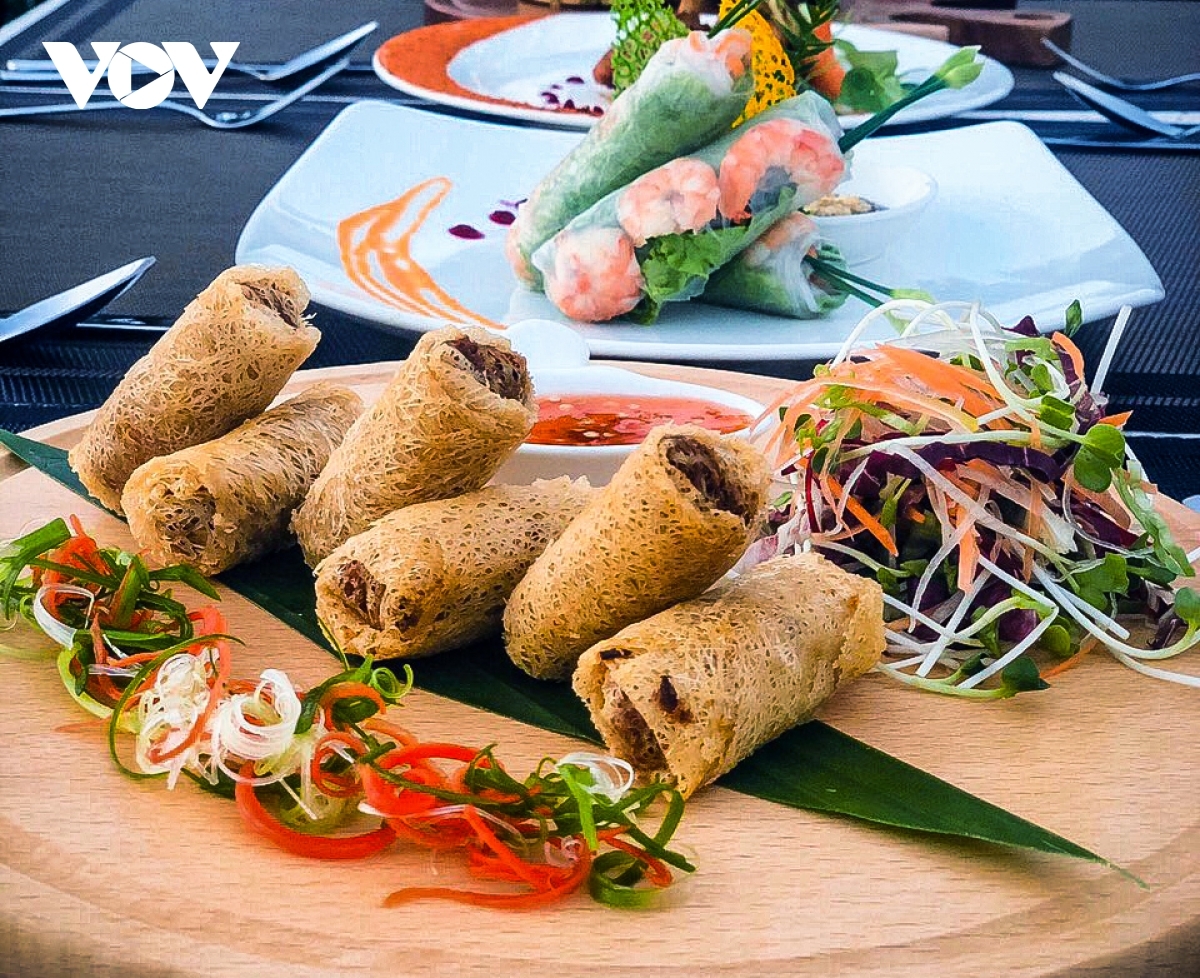