Three families of Vietnamese-Cambodians, whose houses were burnt down in a blaze in Phnom Penh’s Russey Keo district last year have received new houses. 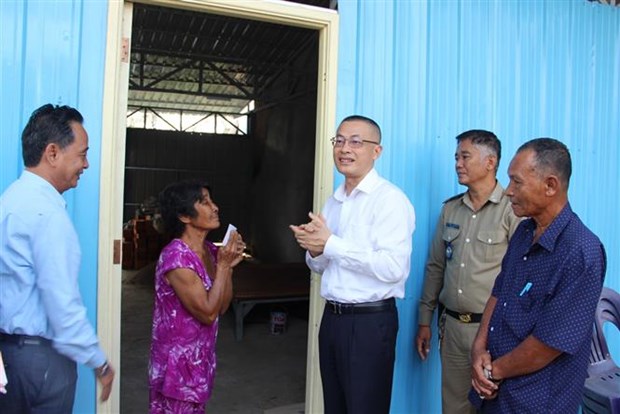 The houses were built with the support of local authorities and financial assistance worth 150 million VND (about 6,400 USD) from donors.

Speaking at the handover ceremony on January 20, President of the Khmer-Vietnamese Association Sim Chy called on local authorities to promptly re-issue documents for victims of the fire after their belongings and papers were destroyed.

For his part, Vietnamese Ambassador to Cambodia Vu Quang Minh voiced his hope that the families will soon overcome difficulties and stabilise their lives, thus contributing to the locality’s development.

A fire broke out at dawn of July 10 last year, destroying 59 houses completely and causing heavy damage to 67 households, including 57 Vietnamese-Cambodian families./.

Vietnam yet to reopen doors to int’l visitors