BRITAIN is bracing for freezing temperatures to sweep across the country with the risk of snow crashing into some regions, according to the latest long-range weather forecast.

Following a particularly wet October, November is gearing up to bring the cold and frosty weather with it. And, according to the latest long-range weather forecast from the BBC, the likelihood of "frosty nights and cold days" increases towards the middle and end of the month.

BBC Weather's outlook from Monday 16 November to Sunday 29 November, warned of “warmth lingering” before “a chance of colder air later”. And with it, the long-range forecast predicted “the potential for wintry showers”.

The forecast read: “Low pressure systems should be steered southwards over Scandinavia and eastern Europe, pulling down pulses of colder towards the UK. This increases the likelihood for some frosty nights, cold days and the potential for wintry showers but brief milder, wet and windy spells in between.”

It added: "There are a couple of possible alternate scenarios. One is that the Polar Vortex remains strong and induces more of a westerly regime with low pressure systems bringing occasionally wet and windy but mild weather across the UK. This is about a 30 percent chance."

"On the other hand, there is a very small risk, no more than 10 percent, of high pressure building over Scandinavia and bringing much colder easterly winds."

It comes as the forecast earlier warned of “a change…later in the month as the high pressure system weakens and re-establishes westwards as a ridge over the Atlantic by the end of the month, inducing chilly flows from the north”.

But the long-range forecast also predicted: “The most likely scenario is for warmer and drier than average conditions to continue across most of the UK. Occasional rain cannot be ruled, especially for the north and west.”

Netweather.TV’s long-range forecast also warned of wintry weather later on this month. It’s outlook from Monday 16th November to Tuesday 24th November, read: “Pressure will tend to fall to the north of Britain during this period bringing increasingly unsettled weather."

“Winds will again tend to be west to northwesterly early in this period, with temperatures generally a bit below the seasonal average, with potential for snow on high ground, but probably only rain at low levels."

“There are hints that towards the end of this period it may turn milder with a west to southwesterly type and lowest pressure heading towards Iceland rather than Scandinavia, but confidence in this is low at this range."

“Rainfall totals are thus expected to be above normal over much of the UK during this period, with temperatures coming out near to slightly below normal, though there is some uncertainty over this, depending on the extent of any milder weather late in the period."

“Sunshine totals will tend to be above normal early in the period, trending below normal later on, so overall most of the UK will end up with near or slightly above average sunshine.”

It comes as Weather Outlook forecaster Brian Gaze said the country could see its “coldest bonfire night” in recent years with the mercury set to tumble to -1C tonight.

He said: “The coldest Bonfire Night in recent years is possible. -3C on Thursday morning and -1C on Thursday night is expected in the South. Wrap up warm for garden fireworks.”

BBC Weather forecaster Carol Kirkwood also warned the South will see thermometers fall to mid-single figures this evening and overnight, while in the North, temperatures will be closer to the teens.

She said: "Temperature-wise, we're looking at 10C as an overnight low in Stornaway and, as we come south, in cities we're looking at 6C. But because there'll be more of a breeze through the night and into tomorrow. That will help shift the mist and fog overnight more readily than it's going to do today."

Eight flood warnings and 18 flood alerts have been issued by the Environment Agency today. In Wales, Natural Resources Wales has issued one flood warning and two flood alerts. Several areas in Northern Ireland have also been highlighted as at risk of possible flooding.

BBC Weather warned of an "unsettled" end to the week in Europe as heavy rain and northerly winds are expected to produce "chilly" nights while alerts for "big waves" on coastal areas are issued.

Conditions in Europe are looking unsettled for the next few days, according to BBC meteorologist Stav Danaos. The weather presenter warned that this would be the case certainly for the end of the week, and for much of the weekend. He pointed to the low pressure near to Iberia as a cause.

"It's going to extend its way northwards, affecting much of northern Spain into the Pyrenees and then into southern France as we reach Friday."

"Meanwhile as we see that area of low pressure clear away from the eastern Mediterranean after some heavy rain for parts of southeast Turkey, Cyprus and the Levant, we should start to see some sunshine moving in its way."

"However we'll start to pick up northerly winds across the southeast of Europe." He continued: "So although it will be sunny by day, it will be quite chilly by night. That also goes for much of Greece and the islands."

"We'll have variable amounts of cloud into the northeast of Europe. It's been very mild across Scandinavia, windy with outbreaks of rain."

The BBC presenter added: "Temperatures are set to fall here as we move deeper on into the weekend. Meanwhile this area of low pressure continues to spin close to Spain and Portugal. Some big waves and strong winds will affect coastal Portugal and the northwest of Spain." 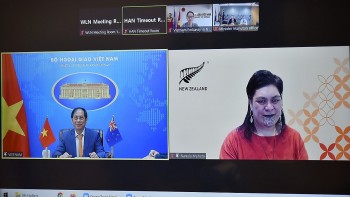 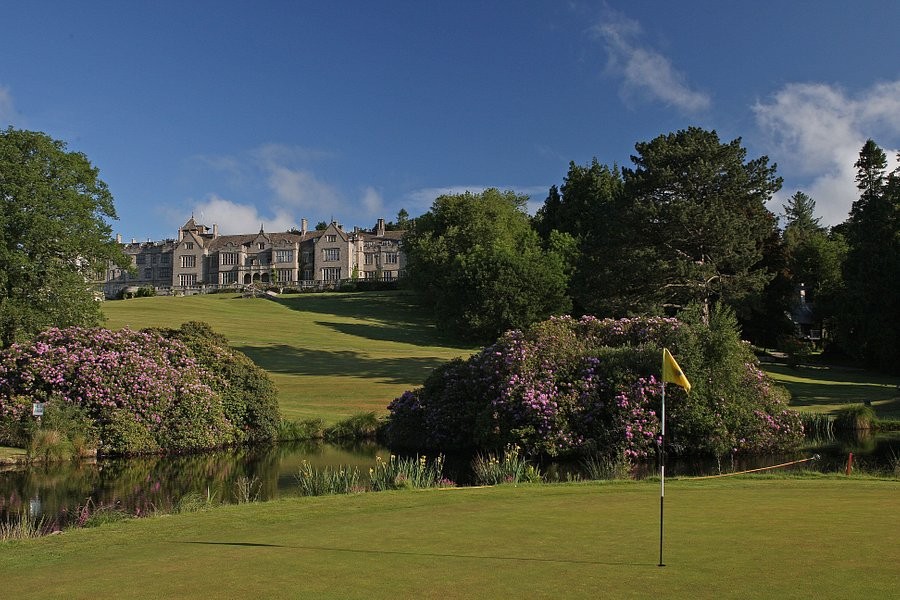 Castles are a part of England's history, many of them stand the test of time and weather, and are turned into luxury hotels, offering nights staying inside these historic places for guests from all over the world.
November 01, 2021 | 16:06

Three of Vietnamese cities: Hanoi, Ho Chi Minh City and Hoi An have been voted among other locations in the world as best cities for workation activities by Holidu, a tourist website of UK.
October 28, 2021 | 21:00