Two U.S. Marines have been complimented by the U.S. Consulate General in Ho Chi Minh City this afternoon for saving the life of a 10-year-old Vietnamese boy in Phu Quoc.

According to Marine Corps Times, they were visiting a nearby city of Phu Quoc, Vietnam, when they saw a crowded boat flip over in the river.

It had started out as a normal afternoon until a nearby boat hit what looked like a whirlpool, started spinning then eventually sank, De Freitas said. “The bow of the boat was going into the water and we were unsure what was happening,” De Freitas re-told the story in an interview in March.

These Marines quickly took charge of the situation by directing the captain of their boat towards the capsized vessel. Upon reaching the scene, Sergeant Searcy began to pull multiple individuals from the water while Sergeant DeFreitas started to triage the rescued individuals. Knowing every second mattered, Sergeant DeFreitas directed the boat captain to confirm the accountability of all passengers.

After 10 minutes in the water, a local man brought the boy to the surface. He had fallen into the water with his face upside down. The search discovered a young boy who was unresponsive after being trapped underwater for several minutes.

That’s when De Freitas took action in performing Cardiopulmonary resuscitation (CPR). He immediately ran to the captain, telling him he was CPR certified and needed to immediately provide aid to the child if there was any hope of survival.

"I just pulled the people that were closest to our boat onto the boat, I took them into the cabin and just directed the rest … to take care of the little kids,” De Freitas later reported the story.

After about 10 minutes of CPR. Sergeant De Freitas still found no proof of life, but the cries of the boy’s parents and a faint pulse kept him motivated. ‘I needed to make sure this kid survived,’ Marine Corps Times quoted the marine.

The boy ultimately survived the incident and is at home rehabbing from the serious injuries he received.

“It’s probably one of the best feelings ever,” De Freitas said when he heard that the child survived the incident.

Though the story happened around January this year, it was recently brought back by the U.S. Consulate General in Ho Chi Minh City. On the afternoon of June 8, the consulate general posted a Facebook status calling their action "heroic rescue." The post comes with photos of the marines receiving complimentary for their action. 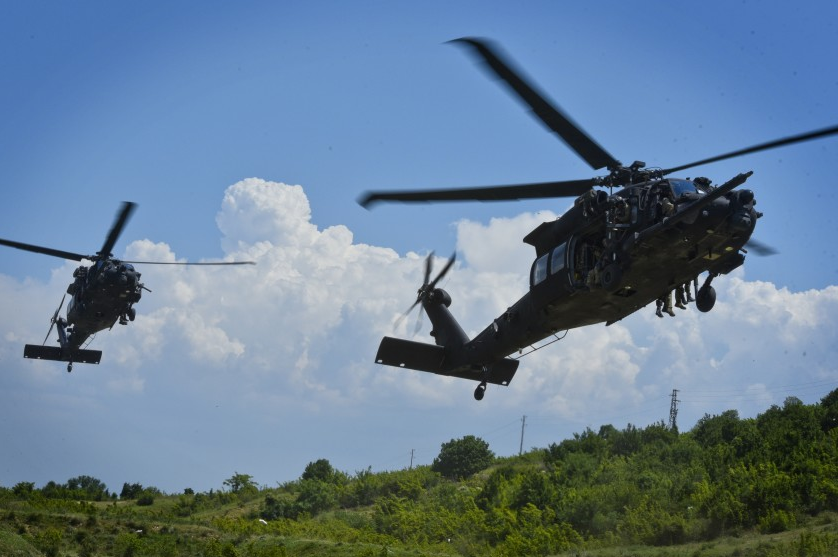 Two soldiers were killed in a crash during aviation training on San Clemente Island, Calif., the U.S. Army said in a statement on Saturday.
August 31, 2020 | 16:19