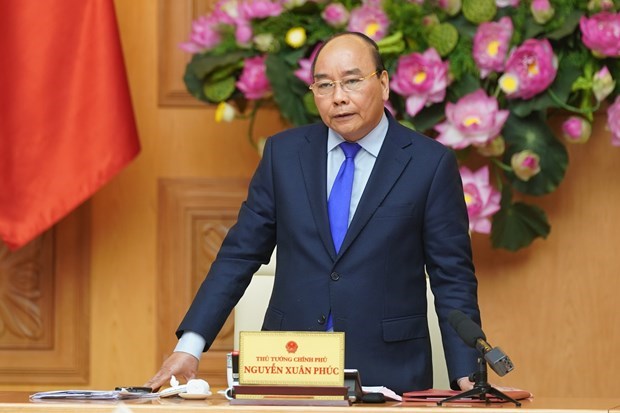 The decision noted that the epidemic began on January 23 with the first two confirmed infection cases to be a pair of Chinese father and son. The scope of the epidemic was identified in three provinces of Khanh Hoa, Thanh Hoa and Vinh Phuc.

The total number of nCoV infections in Vietnam is six, including two Chinese, three Vietnamese returning from China’s Wuhan city, and a receptionist at a hotel in Khanh Hoa province.

nCoV is classified as a Class A contagious disease, a group of extremely dangerous infectious diseases that can transmit very rapidly and spread widely with high mortality rates, including the likes of influenza A-H5N1, SARs, Ebola or smallpox.

The same day, the Civil Aviation Authority of Vietnam announced it has temporarily revoked all permits granted for flights between Vietnam and China from 13:00 until further notice.

Earlier, the World Health Organisation declared the nCoV epidemic in China as a global health emergency of international concern./.

Vietnam runs high risk of getting Covid-19 from Cambodia