The new move is part of the government's effort to protect children from the novel coronavirus.
Jasmine Le
lehang1997hanu@gmail.com June 09, 2021 | 23:23

The minister expressed his desire to buy US’s Pfizer doses for the children vaccination program. He planned to spend over US$ 10,4 million of the US$ 30,9 million Australia promises to finance Vietnam’s in the next three years to procure vaccines for children.

“Australia is producing Covid-19 vaccine. We hope we can supply the vaccine directly to Vietnam in the next six months,” Mobyn Mudie, Australian Ambassador to Vietnam, said at the meeting.

For his part, Ivo Siebber, Ambassador of Switzerland, said the country has donated enough money for 3 million vaccine doses to Covax mechanism and given technical supports to developing countries. Swiss pharmaceutical companies in Vietnam have also promised to assist Vietnam, especially in anti-pandemic activities and vaccine access.

“Given the current Covid-19 situation, Vietnam is in dire need of vaccine supply to immunize its population,” Long stressed. “We want Zuellig Pharma to speed up the distribution of 5 million Moderna doses to Ho Chi Minh City. The city is populous and highly vulnerable to the virus.”

Siebber pledged to work with Covax Facility and Swiss companies so that Vietnam can access more vaccine supply as soon as possible.

Long was also in talks with French Ambassador Nicolas Warnery for technology transfer, which he considered helpful for Vietnam’s domestic vaccine mass production.

During her online talks with National Assembly Chairman Vuong Dinh Hue on June 8, Matvienko said Russia will make efforts to maintain the development trend of economic and trade cooperation in the time ahead, the Vietnam News Agency (VNA) reported.

The Russian Federal Council will also work hard to promote collaboration between the two countries, she pledged.

NA Chairman Hue hailed the achievements Russia has recorded under the leadership of President Vladimir Putin, and applauded the country’s efforts in the pandemic fight.

The Vietnamese top legislator thanked Russia for presenting 1,000 Covid-19 vaccine doses to Vietnam earlier this year, and its recent commitment to give Vietnam priority in accessing 20 million doses of Sputnik V.

Vietnam began a Covid-19 vaccination program on March 8 using the British-Swedish AstraZeneca vaccine that arrived either through commercial contracts or Covax.

The country aims to procure 150 million doses of vaccines to cover 70% of its population this year, the Ministry of Health announced earlier, at an estimated cost of VND 25.2 trillion.

The government on May 26 approved the establishment of a Covid-19 vaccine fund to raise contributions from various sources and ease the burden on its resources. The fund would accept contributions in the form of cash and vaccines from benefactors in Vietnam and abroad. 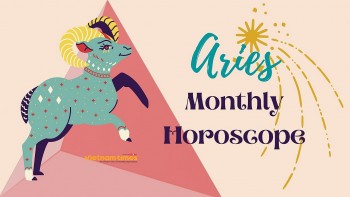