The 6th national press awards on party-building named Golden Hammer and Sickle Award 2021 honored 67 articles. Among them, 6 received the A prizes, 12 got the B prizes, 16 got C prizes, while the 30 consolation prizes and 10 prizes for series were given.

The awarding ceremony of the Golden Hammer and Sickle Award 2021 was held on Jan. 21 at Hanoi Opera House. The event marked the 92nd anniversary of the founding of Vietnam's Communist Party and celebrated the coming Year of Tiger.

The ceremony was hosted by the Organization Commission of the Central Committee and co-organized by Nhan Dan newspaper, Communist Review, Vietnam Television, and Vietnam Journalists' Association.

The 6th Golden Hammer and Sickle Award started from Jan. 13, 2021, at the fifth awarding ceremony. The sixth award was launched with a broader scope of content to enhance the award's influence.

This year's entries are diverse in content and genres, cover news in all provinces. Works about the Party are published in all forms, from printed newspapers, online newspapers, radio to television. They closely followed hot topics and outstanding events in the past year.

Many works reflect remarkable issues such as the 13th Party Congress, the 13th congress's resolution and resolutions of local congresses, the deputies election of the 15th National Assembly, and People's Councils at all levels for 2021-2026, and the fight against Covid-19.

The organization and communication of this year's award were creative. Central press agencies submitted many high-quality works.

Meanwhile, local units put great effort into their participation. They even held Golden Hammer and Sickle Awards at the locality level to raise public awareness and attract journalists' attention.

110 entries got in the final round. Golden Hammer and Sickle Award 2021 prize council honored 67 articles. Among them, 6 received the A prizes, 12 got the B prizes, and 16 C prizes, while 30 consolation prizes and 10 prizes for series were given.

The council rewarded three press agencies with creative communication products on party-building and 15 units the Party building and 15 units which reached outstanding achievements in organizing and promoting the prize. Three people were honored for featuring in journalistic work.

After six seasons, the Golden Hammer and Sickle Award has gone beyond the framework of competition. It raises public awareness about the party's ideology. It attracted great attention and participation from not only journalists but also amateur writers.

According to the series, the Vietnamese people, wherever they live, either successful or struggling, still keep deep sentiment toward the homeland in their hearts.

The articles highlight the emotion of 5 million Vietnamese overseas about the country's 35 years of renovation (Doi Moi), thereby conveying their wishes and plans to contribute to the country's prosperity and happiness. 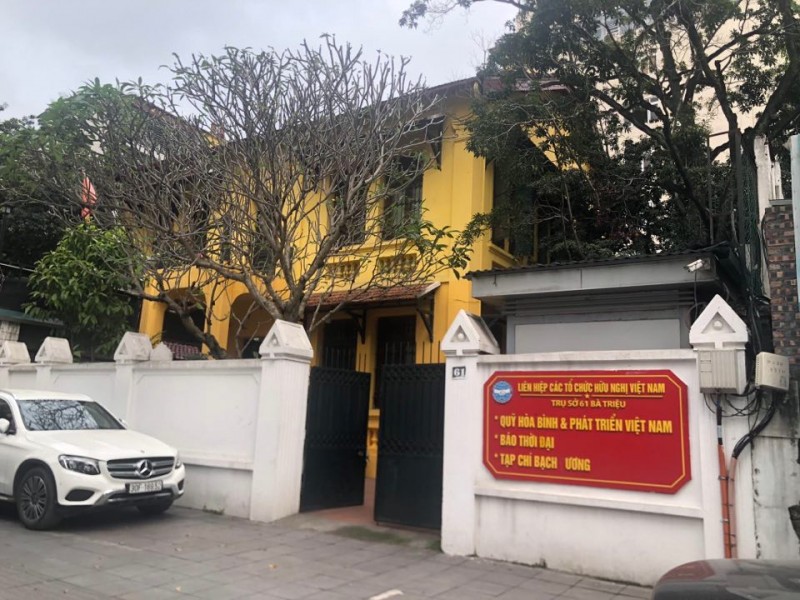 Introduction of the Vietnam Times