Vietnam was supported by EU and France against climate change

The European Union and the French Development Agency (AFD) have established a 20-million-euro ($21.5 million) fund to help Vietnam deal with climate change. The EU will provide the money as a non-refundable grant to the AFD to run the fund.
Tarah Nguyen
thuyhang.vietnamtimes@gmail.com May 12, 2020 | 14:33

The European Union (EU) and the French Development Agency (AFD) have reached an agreement to strengthen their joint-cooperation for increasing Vietnam’s resilience to climate change and natural hazards, and trying to ease the impact of COVID-19 in the Southeast Asian nation.

The EU will provide the money as a non-refundable grant to the AFD to run the fund. The latter will in turn provide loans for strategic projects in Vietnam to improve the management of water and other resources and respond to challenges like floods and coastal erosion that climate change exacerbates.

EU ambassador to Vietnam, Giorgio Aliberti, who signed an agreement for the fund with Fabrice Richy, director of AFD, in Vietnam on Monday, said: "Adaptation to climate change is crucial for the sustainability of Vietnam’s development, and water and natural resources are a key element of it.

"The intention of the new 20-million-euro grant is to support Vietnam on a pathway towards a greener and resilient future and enhance natural resources management that will help restore and preserve ecosystems and boost the resilience of the local population."

Under the agreement, the EU provides a grant of 20 million EUR (nearly US$21.6 million) to the AFD.

In coordination with the Vietnamese Government and local administrations, the AFD will mobilise the Water and Natural Resources Management (WARM) Facility to prepare and implement investment projects co-financed with the AFD loans and Vietnam’s own resources over the period 2021-29 for an estimated total amount of 200 million EUR, reported the VNA.

Vietnam is one of the countries most severely affected by climate change and natural disasters.

Rising temperatures and sea levels, and the increased frequency and intensity of extreme weather events combined with population growth and urbanisation are increasing the risk of coastal erosion, urban flooding and drought.

According to the World Bank, 70 percent of the country’s population are vulnerable to typhoons, floods, droughts, storm surges, saltwater intrusion, landslides, forest fires, and occasional earthquakes. The risks are exacerbated by climate change.

Floods and storms account for more than 40 percent of all natural disasters.

Vietnam is one of six economies most affected by climate change between 1999 and 2018, according to the Global Climate Risk Index published last year by German environmental think tank Germanwatch.

Rising temperatures and sea levels, and the increased frequency and intensity of extreme weather events combined with population growth and urbanization are increasing the risk of coastal erosion, urban flooding and drought.

This year saltwater intruded 50-110 kilometers into major rivers in the Mekong Delta, even deeper than in 2016, which was considered a very bad year.

Experts have blamed the El Nino weather phenomenon and Chinese dams on the Mekong for the parching of the delta. Even as El Nino reduced rainfall in southern Vietnam last year, upstream Chinese dams held back water, which also brings sediments to fertilize downstream areas. 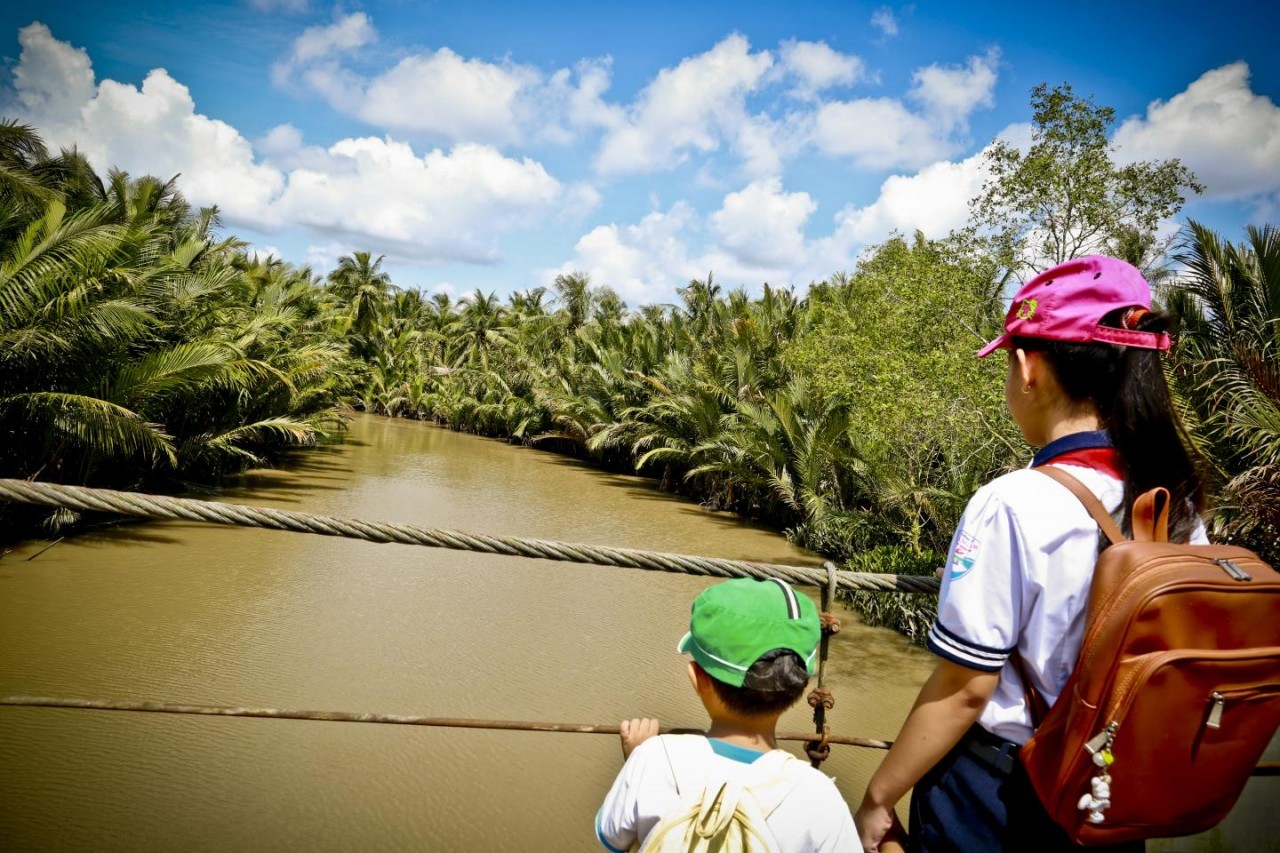 Ambassador Marc Evans Knapper sent new year greetings in Vietnamese in a virtual event, affirming that he would do his best to foster the U.S.-Vietnam relationship
January 23, 2022 | 15:24
Phiên bản di động