The article said among nearly 30 countries that posted positive gross domestic product (GDP) growth in 2020, Vietnam emerged with a growth rate of 2.91 percent. Vietnam’s trade revenue rose by 3.6 percent in the first 11 months of the year to 490 billion USD.

Russia’s statistics showed that its trade with Vietnam increased by 11.5 percent to 4.6 billion USD in the first 10 months of 2020.

The author attributed these achievements to the country’s successful fight against the COVID-19 pandemic under the CPV’s leadership, saying that measures taken by Vietnam were not only drastic and strong but also open and transparent, according to the vietnamnet.

Vietnamese economic growth is described as ‘very impressive’, especially in the context of the novel coronavirus (COVID-19) pandemic taking a heavy toll on almost all economies worldwide. In line with this, effective preventive measures taken against COVID-19 have paid off as only approximately 1,500 infections were recorded in the country. This success can be attributable to the Government’s prompt actions, coupled with the people’s determination to fight the disease under the leadership of the Communist Party.

As a result, around 1,500 infection cases were recorded in Vietnam in the past year. In particular, public response to the authorities’ actions was extremely positive.

The paper said that the 13th National Congress of the CPV is scheduled to take place from January 25 to February 2, with the aim of assessing the implementation of resolutions adopted at the last congress five years ago.

It cited an article written by General Secretary of the CPV Central Committee and President Nguyen Phu Trong last August, as saying that the poverty rate decreased from 9.9 percent in 2016 to less than 3 percent by 2020. The leader also emphasised the mission of turning the country into a developing nation with a modern-oriented industry and escaping from the group of states with lower middle income by 2025.

Meanwhile, by 2030, which marks the CPV’s 100th founding anniversary, Vietnam expects to become a developing country with a modern industry and its people having upper middle income. In 2045, when the Democratic Republic of Vietnam, now the Socialist Republic of Vietnam, celebrates its 100th establishment anniversary, the Southeast Asian nation will become a developed country with high income.

In relation to foreign affairs, the article notes the country achieved many successes in 2020, thereby elevating its status in Asia-Pacific region. As ASEAN Chair, Vietnam co-ordinated and competently organised all activities during the ASEAN Year, while promoting the signing of the Regional Comprehensive Economic Partnership (RCEP).

It also took on the role as a non-permanent member of the United Nations Security Council on January 1, 2020, and is due to hold this position until the end of 2021.

The author expressed great appreciation for the peaceful Vietnamese foreign policy in place, expressing belief that both Moscow and Hanoi, who both have a similar approach, will contribute to the consolidation of peace and stability in the region.

Previously, in a programme of the Rassvet (Dawn) TV channel, Grigory Trofimchuk, an expert on international issues, said with the foreign policy of openness, multilateralisation and diversification, on the basis of inheriting the traditional friendship with the former Soviet Union, the CPV maintains close cooperation relations with the Communist Party of the Russian Federation (KPRF) as well as with all political parties of the Russian State Duma.

Vietnam has always been steadfast in the revolutionary path it chooses, even in the most difficult times, he stressed.

The country has also made appropriate adjustments to its Doi moi (renewal) process to complete the socialist-oriented market economy, thereby helping its economy develop stably despite the COVID-19 pandemic, he noted.

According to the Russian expert, Vietnam's position is increasingly improved, not only as a destination for international tourists but also as a venue for many important international events.

Vietnam plays an important role in ASEAN’s development, he said. 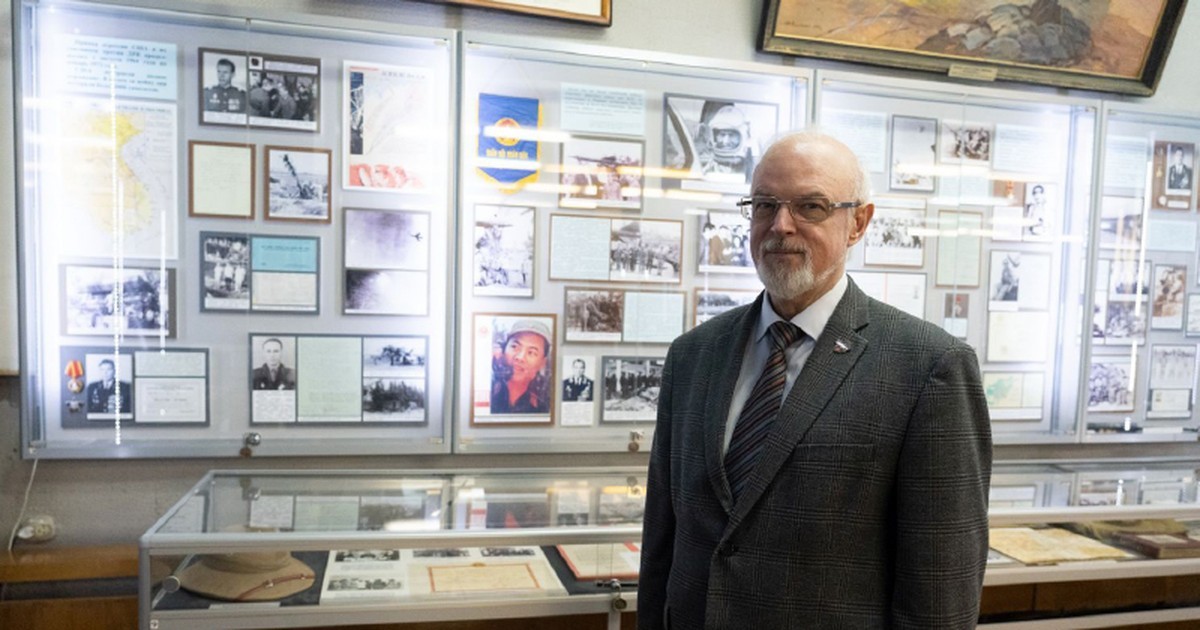 In the space of scientific arrangement of the Russian Air Defense Museum, the Vietnam corner appears with valuable artifacts, reminiscent of the historic victory of "Hanoi-Dien Bien Phu in the air" 50 years ago and many events in the flow of Vietnam - Russia cooperation.
December 29, 2022 | 08:13